The concept of existence is used in various contexts. We say man exists, cats exist, and trees exist. In all these usages, we understand one single meaning from the word 'exist'. When one word is used in different contexts, but in only one sense, it is said to be a monosensical word.

But, if its meaning varies according to the context, it is said to be a homonym. This point, like the previous one, relates to the concept of existence and is self-evident. Homonyms have different meanings and there is no connection between their meanings. 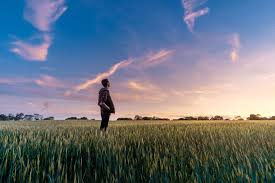 For example, the word 'bank' in English has several meanings. One is a monetary institution. Another is the slope of a river. no conceptual relation can be seen between these two meanings. In fact, the only thing these two meanings have in common is that they are expressed by one word form.

But monosensical words are those that seem to have several meanings, because they are applied to various things, while in fact they have only one meaning. Their single meaning however, is such, that it is applicable to many things. For example, the word 'human' is applied nowadays to about seven billion creatures. We say of John that he is human. We say the same thing of Joe, Mr. Smith, and Julia. But the reason why this word is applicable to so many entities is that it in fact refers to one feature shared by all people. 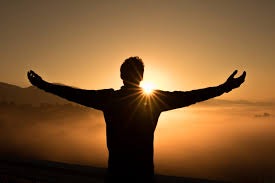 Now we can consider the concept 'existence. Whenever we use this concept, we understand one single meaning. It is similar to 'human' and not to 'bank' in this respect. This is too obvious to require any proof. But, since confusion has emerged regarding it, philosophers have presented three arguments in support of its proof.

Divisibility of existence shows that it is monosensical. Only monosensical concepts may be divided into different groups. For in division, a general concept is qualified via addition of a particular qualification, resulting thereby in further specification of the concept.

For example, the concept human may be qualified by the adjective knowledgeable. The result is 'knowledgeable human', which denotes a group smaller than the set of all human beings. Such a division may not be conceived of in the case of homonymy.

We shall prove it later in Chapter Now if nonexistence is nonsensical, existence too must be so. But why? Because, if existence has more than one meaning, we must have, for instance, 'existence 1' and 'existence 2' as two distinct meanings for the term. Then, saying that 'x exists and x does not exist' would not be a contradiction. It is conceivable that 'x exists' is true and 'x does not exist is also true, since existence' in the second sense may be taken to mean 'existence. We might know something and know that it belongs to a particular category or it has a certain property.

Then, we come to doubt or deny its belonging to that category or it's having that property, while still maintaining our belief in its existence. This phenomenon proves that existence is nonsensical. A similar situation is if we see from afar an animal believing it to be an elephant, then it turns out to be a horse. We continue to believe that it is an animal, but no longer believe it is an elephant. 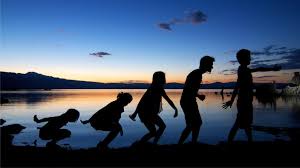 This is possible because the animal is nonsensical and both elephants and hours are animals. In contrast, we cannot possibly believe that an object is a bank and deals with money, then revise our opinion and believe it is the slope of a river, while still maintaining that it is a bank.

Such a thing is absurd. Now, existence is similar to the animal, rather than to a bank. We may believe that God exists and is contingent. Then we may realize that He is necessary. We lose our faith in His contingency, whilst still keeping our belief that He exists. The change of opinion about the property of God does not involve the change of opinion about His existence. Thus, existence is nonsensical.