It is said that the first scientist who discovered the rotation of the earth itself was the Italian Galileo who lived in Italy four centuries ago. Before him, scientists believed in the astronomy of the Egyptian scientist called Ptolemy who said that the earth was the centre of the world and the heavenly bodies rotate around it. Of course, Galileo was ostracized by the church due to this discovery. 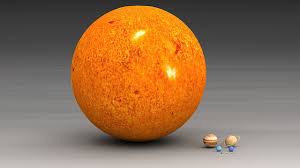 But when he expressed his repentance, he was rescued from an inevitable punishment of death. Later, however, other scientists followed up his theory and today the orbit of the earth around the sun has become a fact, which could be perceived even through normal observation. Space flight has proven even more than this. To Sum up: The assumption that the earth was the centre of the universe was rejected and it was found out that this error only occurred because of our perception.

The Ptolemaic theory dominated scientific thought for nearly fifteen centuries and up to the appearance of the Holy Qur'än nobody dared to oppose this theory. However, when we refer to the verses of the Holy Qur'an, we find out that in verse 88 of Surah Name, the orbit of the earth is explicitly expressed: And you see the mountains, you think them to be solid, and they shall pass away as the passing away of the cloud-the handiwork of Allah Who has made everything thoroughly; surely, He is Aware of what you do. 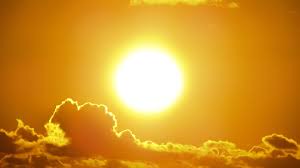 Now, is it not a scientific miracle to talk about the movement of the earth at a time when everybody believed in the stationary nature of the earth? And, amazingly, such a great assertion has been made by an illiterate person who lived in the most backward, parts of the world. Now, isn't this statement of the Holy Qur'an a sign of its validity?