The leader of the guys in the weapons wielding video which has since gone viral has opened up how his numerous girlfriends have pattered ways with him since their video went viral.

Earlier this week there has been a video in which some young men numbering about four were seen in a video wielding dangerous weapons and asking Ghananians to run away.

Thia video has since being circulated on almost all social media platforms in Ghana.

The content of the video and the appearance of the guys speaks volumes about the identity of these guys. Many called on the appropriate authorities to as a matter of urgency get the whereabout of these guys and get them investigated .

The weapons wielding guys then bounced back in a new where they made it emphatically clear that,they are not robbers but are only security personnel guarding a galamsey site.

They then went ahead and invoked curses on Ghananians who are circulating their videos on social media and other online platforms and putting their lives in danger.

The leader of the weapon wielding men in an interview with TV3 today has stated that,he has lost all his girlfriends since their video went viral.

According to him,the girls think they are armed robbers as portrayed in their videos and photos making rounds on social media and other online platforms.

When asked how many girlfriends he has,he stated that,he can't count their number but admitted they have all left except one of them

When asked how is he able to provide the needs of all his uncountable concubines,he admitted the galamsey job is lucrative so he was able to satisfy all of their needs financially from the proceeds of the galamsey job.

Ghananians have since reacted to this pronouncements massively on social media.

Check out the various reactions below. 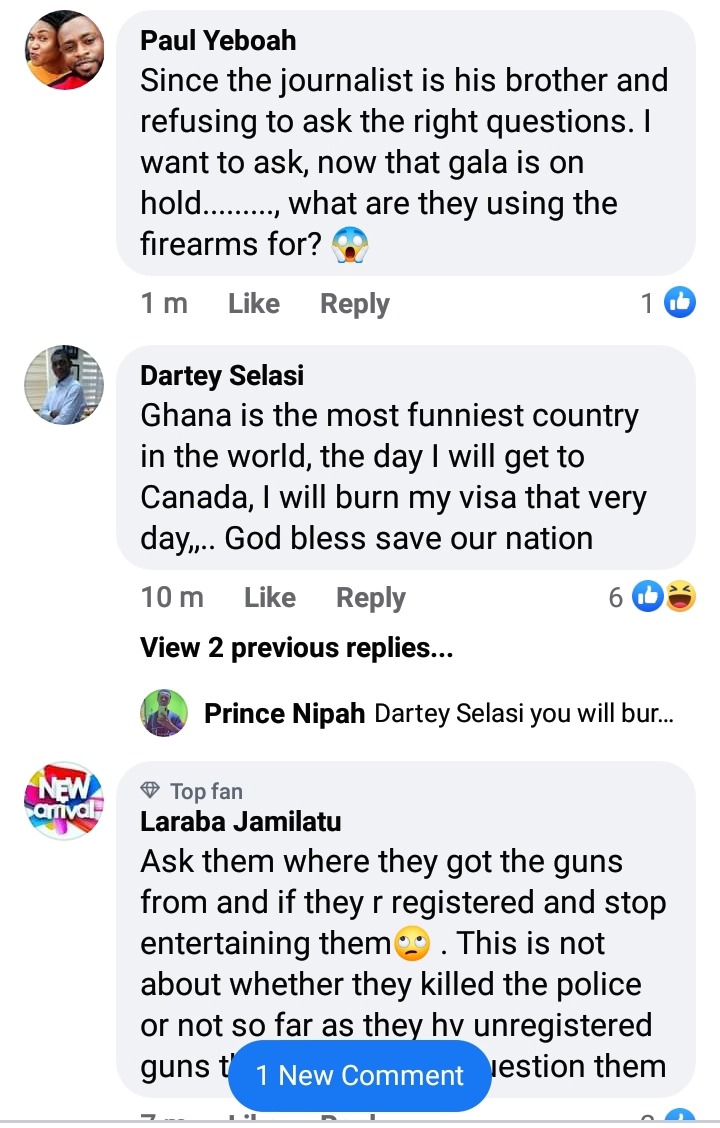 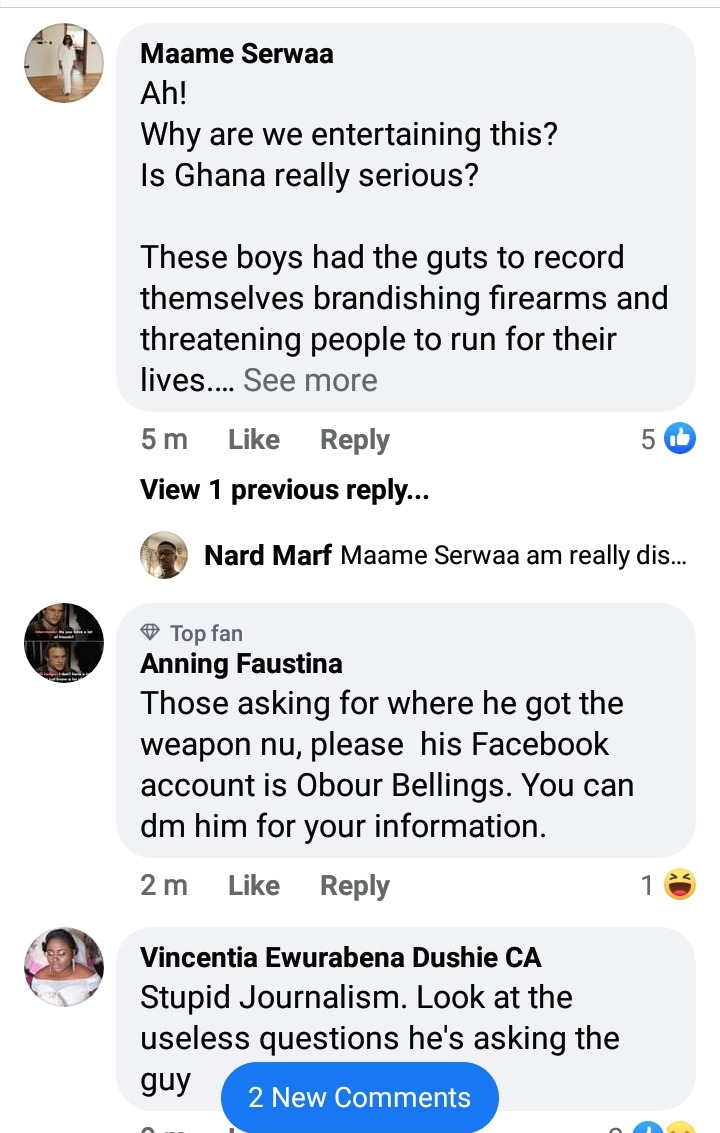 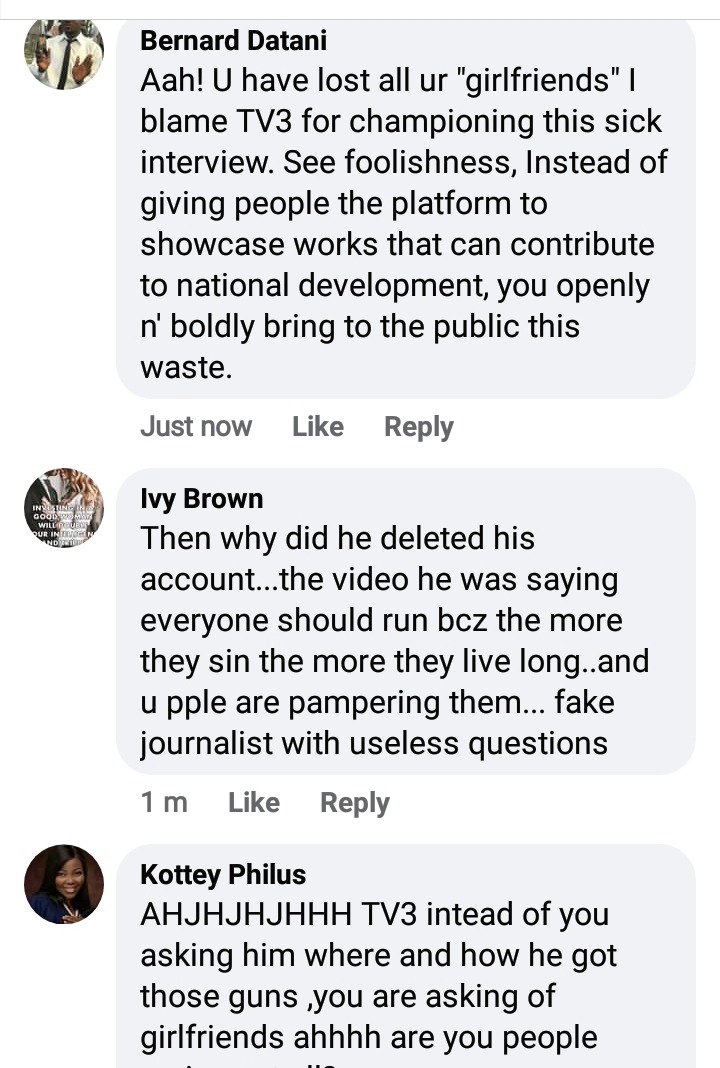 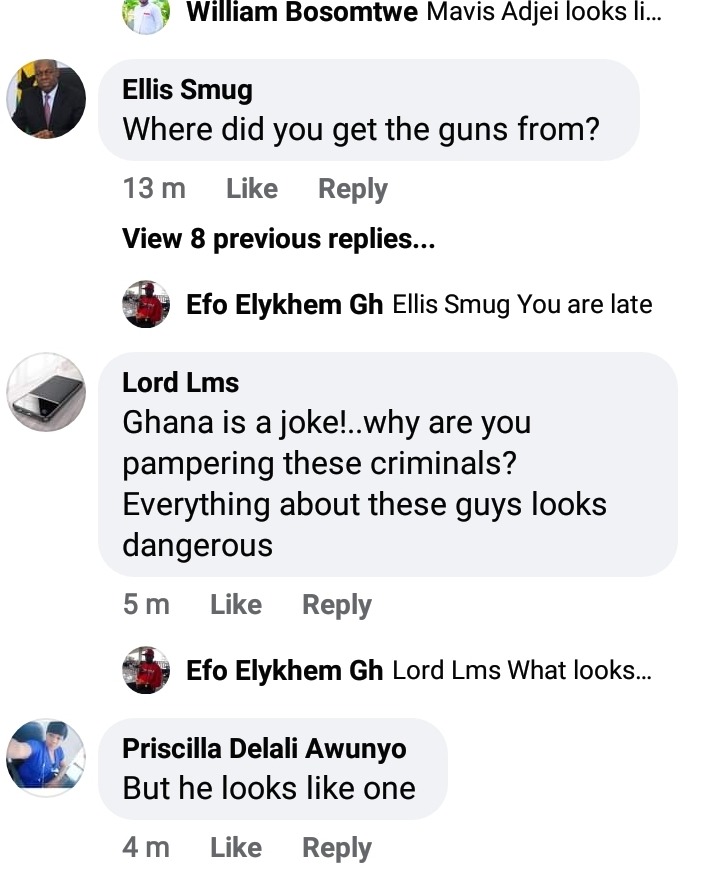 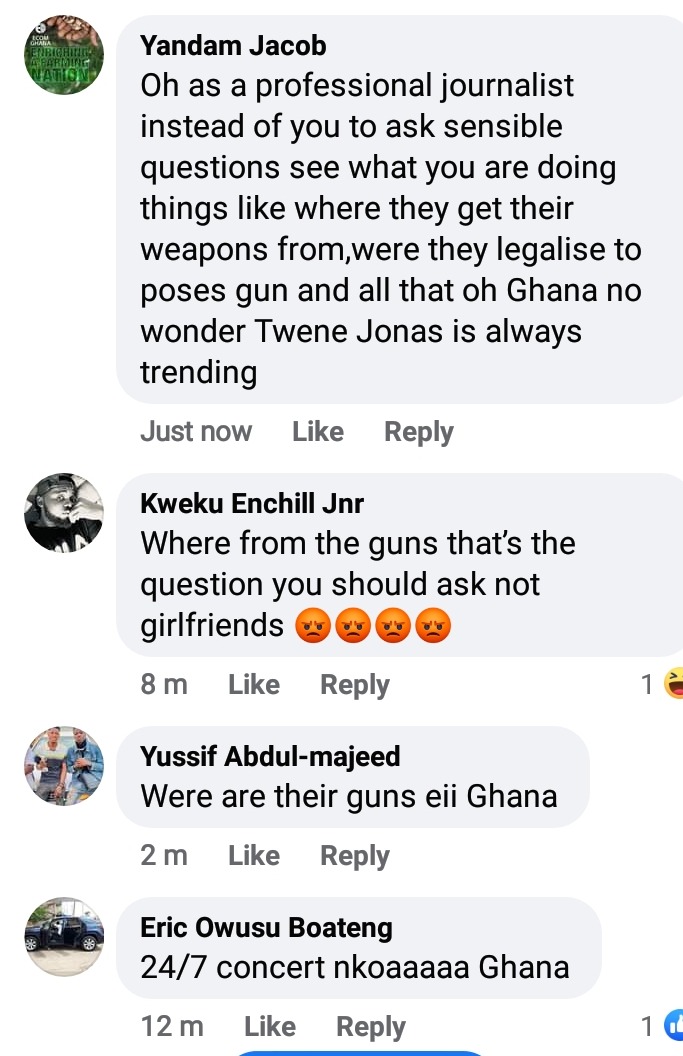 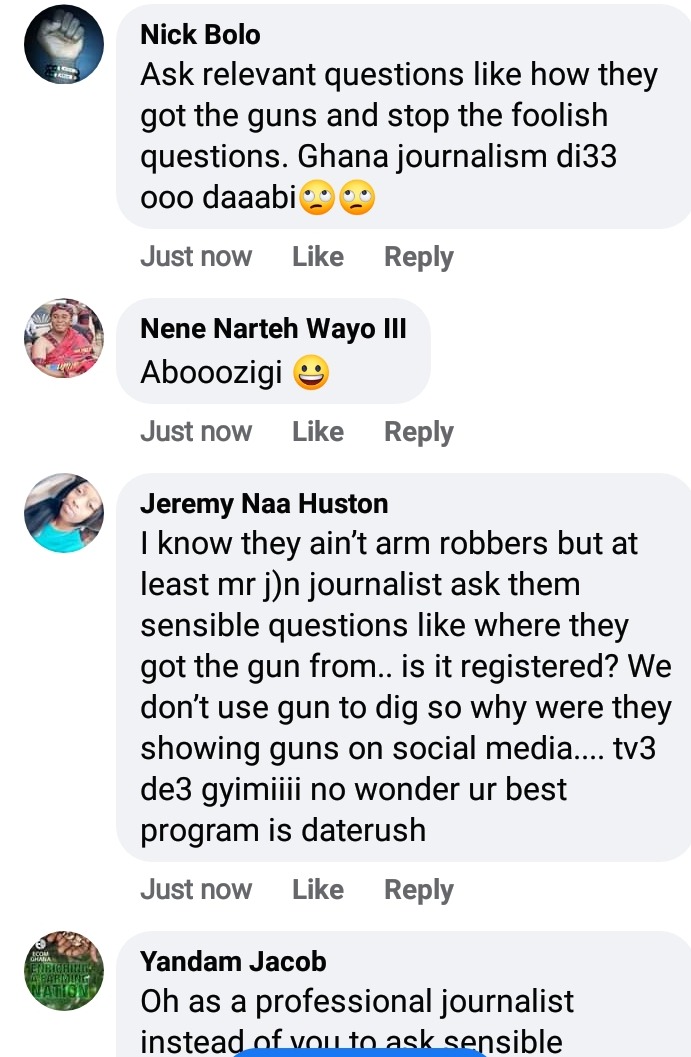 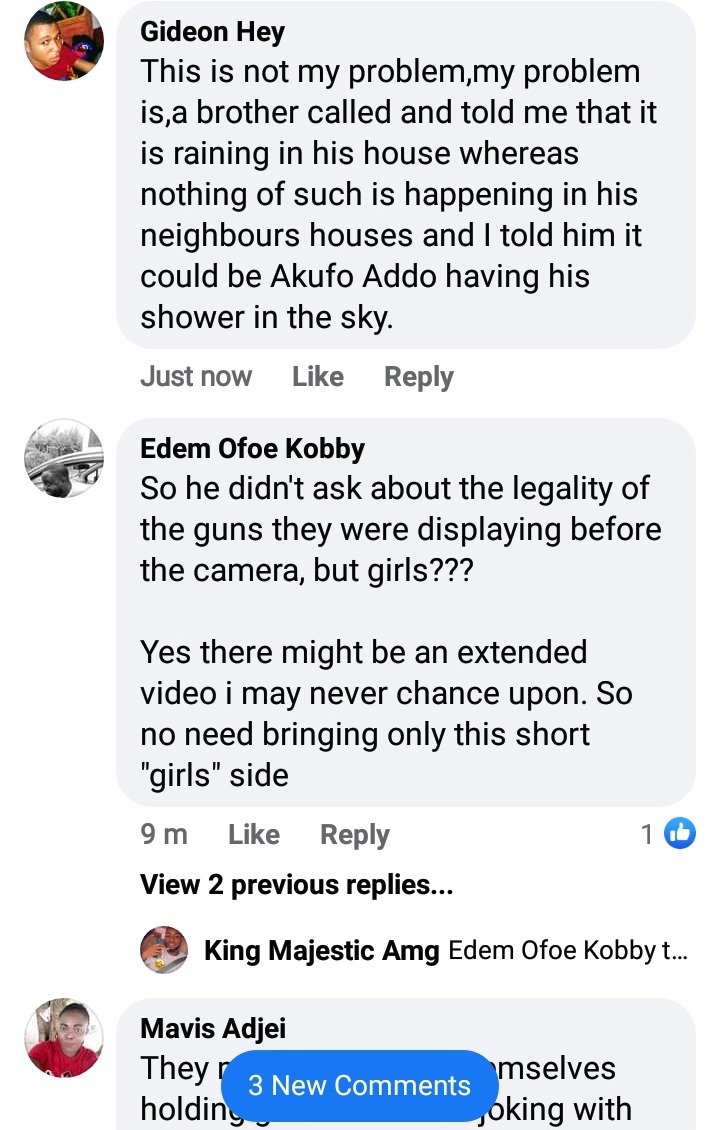 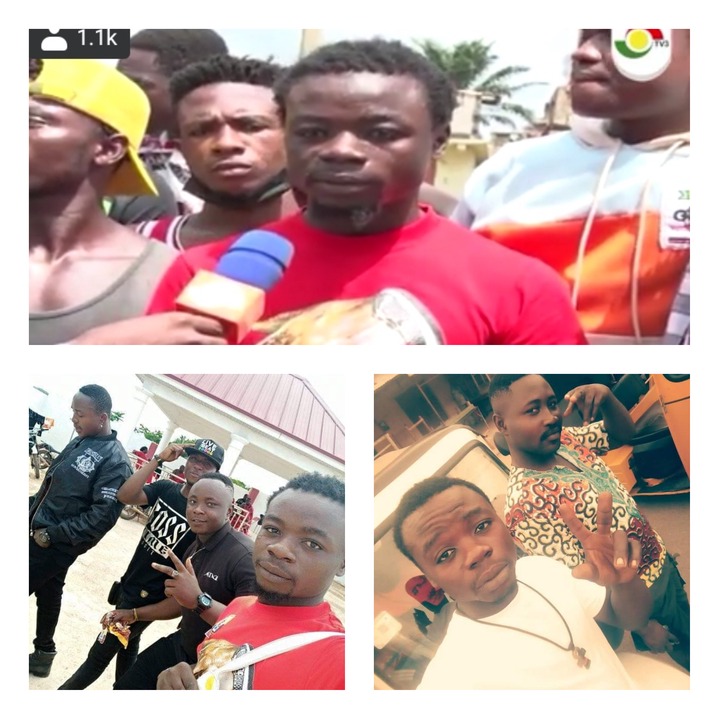