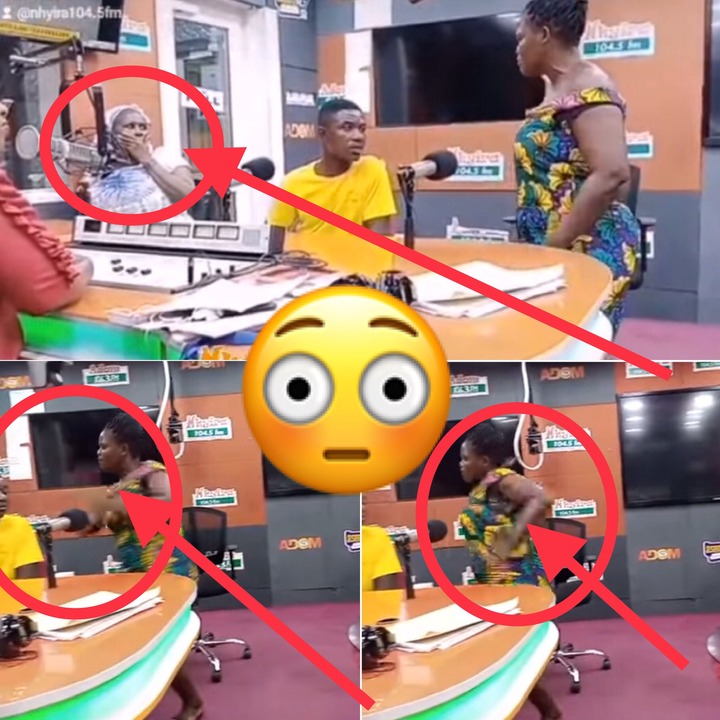 The recent heartbreaking news that has undoubtedly sparked massive stir, debates and arguments across all social media platforms was when a married woman boldly slapped her own husband for revealing an unexpected secret about her on radio and television.

During a recent show on Adom Fm and television, a married couple took the privilege to present their marital problem on live television for discussion with the hope of getting it fixed but the unexpected happened.

Whilst the husband was narrating his side of the story after the woman had already made hers clear, he took the privilege to reveal that her wife kept urine and faeces in their matrimonial room and that her wife’s relatives could bear witness of what he was saying.

Surprisingly, the woman slapped her husband whilst on live television aside claiming that her husband’s accusations were false.

The host of the program and other panelists were undoubtedly surprised on witnessing the unexpected behavior exhibited by the woman on live television.

Below is a look at some unexpected photos as the woman boldly slapped her husband on live TV after he revealed that his wife keeps urine and faeces in their matrimonial room. 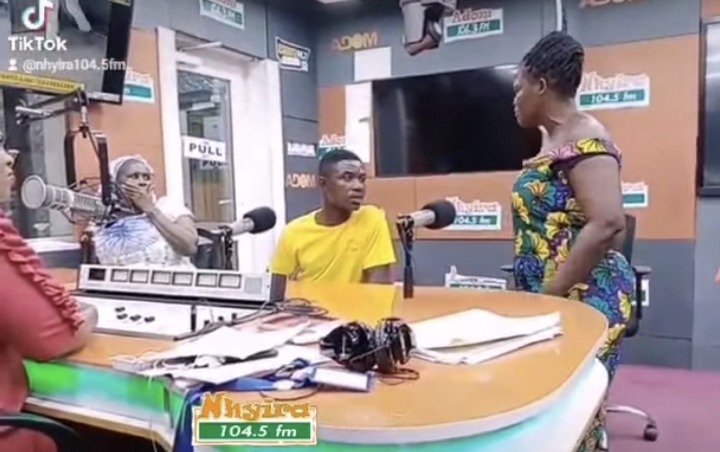 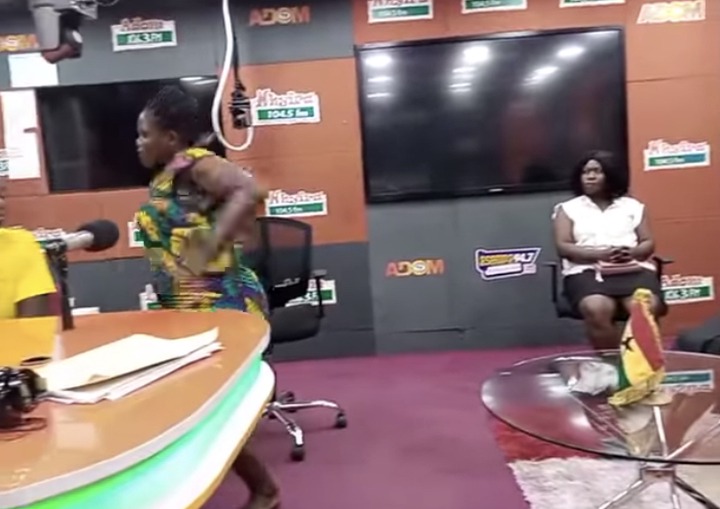 Upon the unexpected photo and video of the married woman boldly slapping her husband on live television finally popped up, most Ghanaians unexpectedly expressed their immense disappointment in the woman aside sharing their thoughts and concerns over the alarming issue.

Below is a look at some of the comments that cane through as individuals shared their respective opinions and thoughts over the unexpected behavior exhibited by the woman whilst in live television. 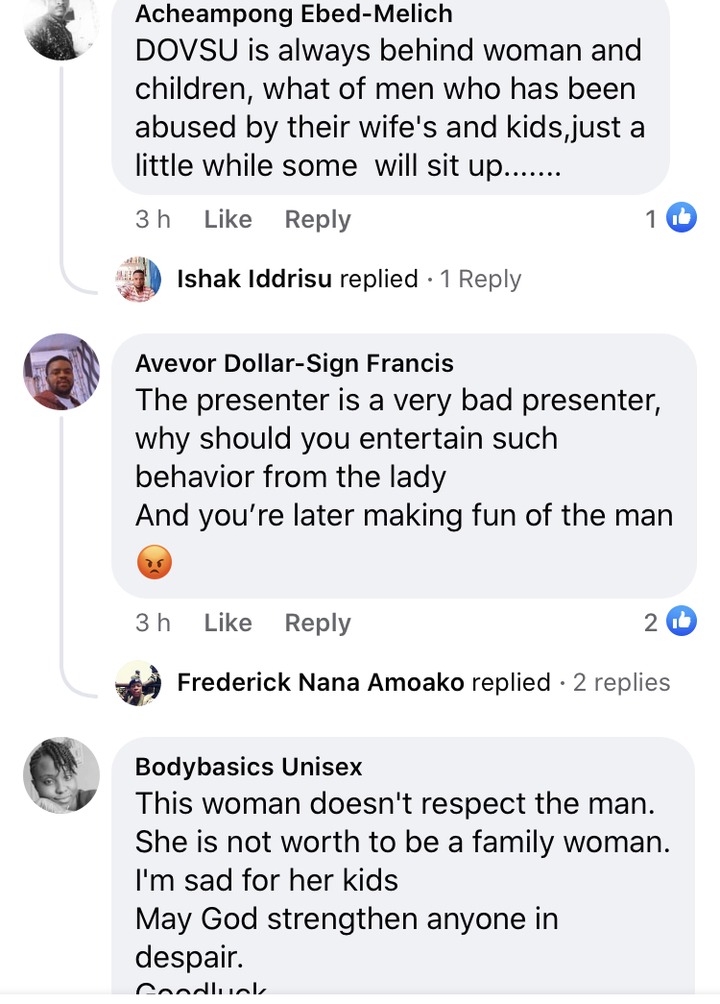 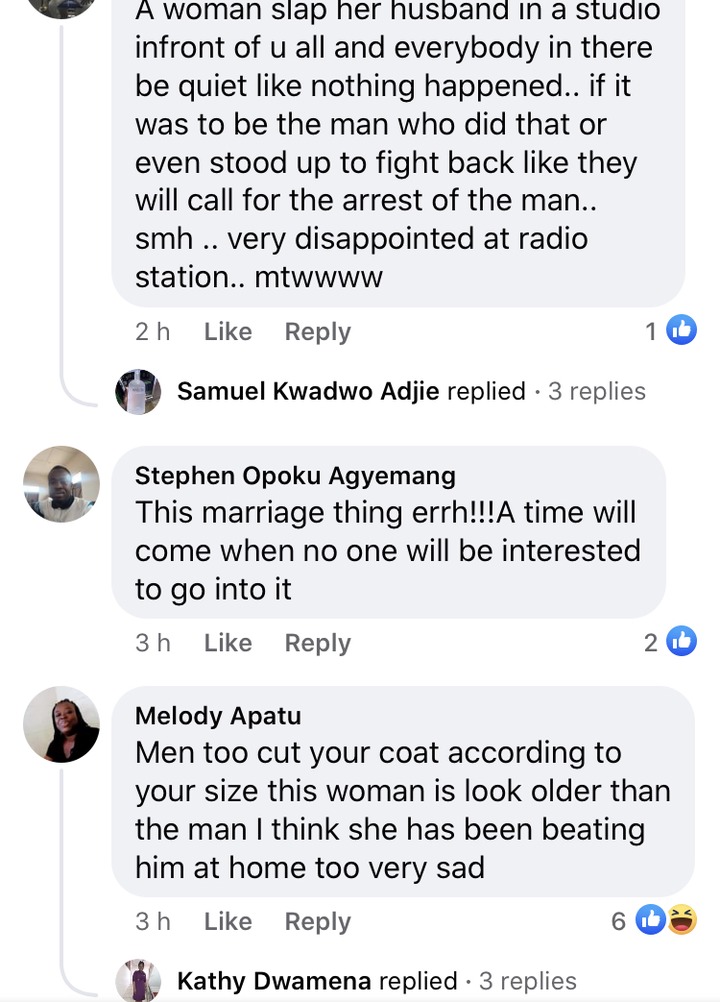 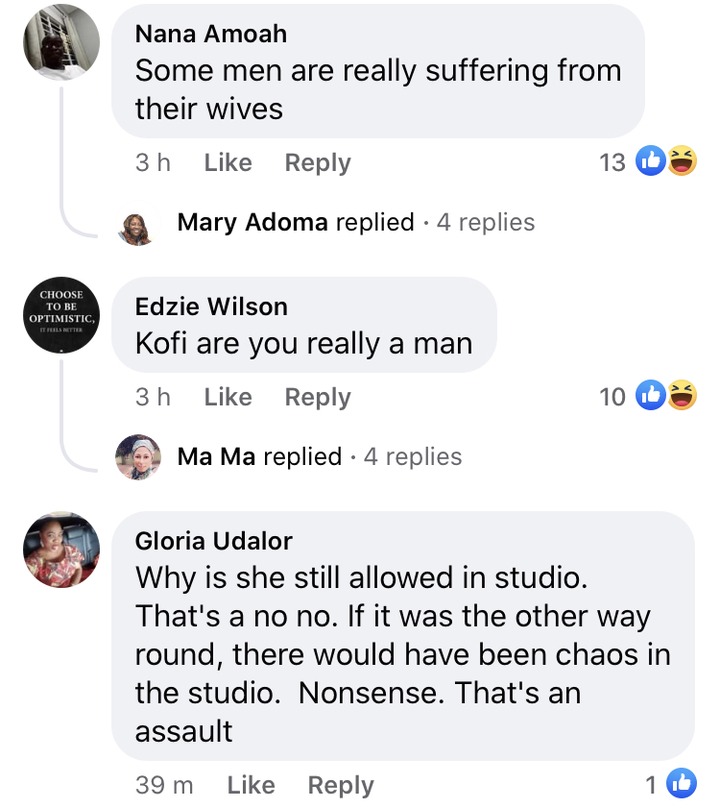 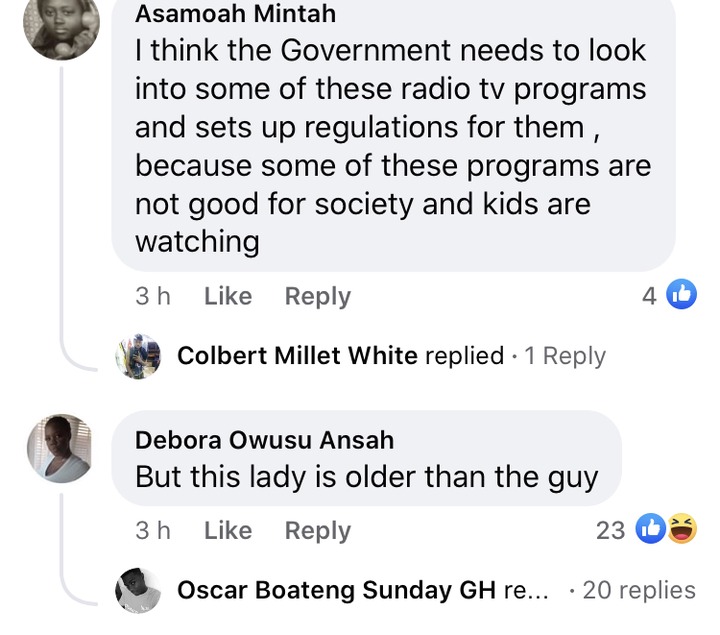 From the above comments, we can clearly notice that most individuals were surprised on witnessing the unexpected behavior of the married woman after her husband accused her of keeping faeces and urine in their room whilst others stated otherwise.

Do you think it was right for the woman to slap her husband on live television even though DOVSU would’ve arrested the husband if the situation was the other way round?

What are your thoughts as the woman boldly slapped her husband after he revealed that she kept urine and faeces in their room even though most individuals claimed otherwise?