5 Qualities of an Inferior Man

By InfoLab (self meida writer) | 10 days

This is the exact opposite of a previous article about the qualities of a superior man. The inferior man or individual is everywhere amongst us and even in ourselves. By the end of this piece, you’ll be exposed to the traits that hold us or others back. You will think of specific people and specific events when you've encountered inferior individuals in your life. This article is about them but if you identify with these behaviours, this is the perfect opportunity to address them and evolve as a result. Below are 5 traits of an inferior man. 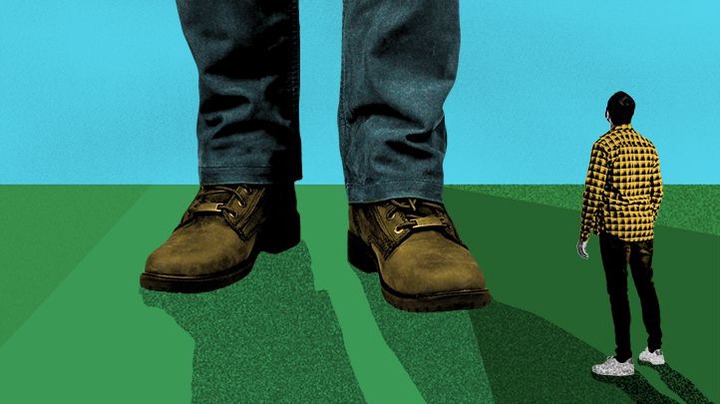 Entitlement and greed go hand in hand. The inferior man throughout his life is characterized by the fact that he takes more than he gives and wants more than he needs. They believe you owe them something that for some make-believe reason, they deserve more than you and you should provide it. You will hear it in their speech, you'll see it in their actions. They ask for respect without earning it, they demand service without giving anything in return, they demand your time. In their opinion, theirs is worth more than yours.

The truth is these people are almost always dependent on others. You know them very well and you've encountered them many times in life. These are some of your elders, some of your peers or even some of your children. They have an almost parasitic relationship with others, they don't want to leave this comfortable nest they've made for themselves. They steal your light; they take praise for your work or live off your efforts. They're the child that still lives with the parents despite being a mature adult. They rely on these people to provide them with comfort, with money and to alleviate pain. They've done nothing to deserve any of this but demand it as if it were a birthright.

This is a terrible combination, the inferior person loves to hear themselves speak. In their opinion, they have all the answers despite not understanding any of the facts. They believe their feelings are true for them, how they feel always trumps what the facts are and for that reason alone, the facts must be false. Their inability to understand the fabrics of reality on top of everything makes them terrible members of society. Every uneducated person is a caricature of themselves, they talk a lot but don't actually say very much. They don't read, they don't explore, they don't want to hear why they're wrong as if God Almighty bestowed all knowledge there is to know on to them already.

The inferior man wants immediate results, they want to get a shredded body quickly, they want to get rich fast, they want the love of their life to come knocking on their door today all without lifting a finger. They think that others who got it know some secret or are privileged to some occult knowledge that if they get their hands onto it themselves, would quickly improve their lives too. But these crafty people don't want to share their secrets so the inferior individual resents them for it. They laugh at hard workers, they judge those who wake up early, they giggle at those who run when they're having the time of their lives sitting on a bench. They know better than that, they worked out once, they didn't like it and the results weren't showing so the process obviously doesn't work.

Envy is a very strong emotion that shows up in weak people. We envy others for what we believe we deserve. Envy is the last form of entitlement, where just because someone has achieved something worthwhile we wish we had it ourselves without doing the work that they did. There is a slight difference between being inspired by the success of others versus envious of their achievements.

The inferior individual fails to understand why others are reaping rewards when in their eyes they're more deserving than them, they believe they're great and others suck. “Why is she with him when he's a douchebag and I'm such a nice guy?” that's what the inferior man asks himself, not realizing they're actually not very nice. They want success, they want love, they want praise, yet society is coming at them with a wake-up call that they choose to ignore. That's how envy is born. Envy in itself is a declaration of inferiority, for a superior man doesn't need what others have.

The inferior man is not a free man; they don't own their time, they don't own their life, they don't own themselves. Somebody else does; somebody else tells them what to do, when to do it, what to wear, when they do it, for they will punish the inferior man if they don't abide by the rules they impose. The inferior individual puts their head down and swallows it all as they jump back on the hamster wheel of life. They marry who other people tell them to marry, they study what other people tell them to study, they sell their time, brain and bodies in exchange to only get a small portion of the spoils enough to just keep them able to come back tomorrow and do the same. The life of the inferior individual is owned by other people, maybe not directly but there are people in the back of their mind who dictate the decisions they believe they make themselves.

Full Scenes: A Boy Strikes Dead By Electricity Causes Stir On The Internet, See what Happened

Father's Day broken heart; She broke up with her Just after the Wish.

She cheated on me 3 times and now she's threatening me, what should I do?