What Is The Most Unfair Thing About Love 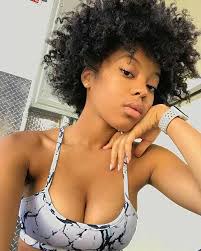 My younger cousin was dumped by his longtime girlfriend several months before he moved out here a few years back. He showed me pictures of her, she was drop dead gorgeous. I almost didn’t believe him if not for the images of them devouring each others faces.

He told me that when he met her, she was the most beautiful girl he had ever seen. He pined for her for months. He noticed her cute little antics from afar, and heard stories of what she’s like. His crush on her was so bad that their chance relationship happened only after begging a mutual friend of theirs to connect them. He eventually had his first kiss with her and they became an item for a few years.

This story won’t end as you think though. You already know that he was dumped—as I mentioned before, but his girlfriend was not to blame. He started treating her like shit. He freely admitted that to me, but in a way where he felt justified in his actions. He ignored her texts eventually and would occasionally refuse to hang out with her if her friends were around. He said that overtime, he noticed some trivial flaws in her that lost that spark for him. She dumped him eventually, and he thought that he did no wrong. I set him straight on his delusion.

The most unfair thing that he could do for her, was to place her on a pedestal. When you develop feelings for someone, you create this unrealistic image in your head of what that person would, should, and will, be like. You raise them to the heavens and they are the very image of perfection. But that is the most unfair thing that you could do to anyone, because once you truly get to know them overtime and realize that they don’t meet your picture-perfect image of them? You retaliate. You say the age old cliche “You’re not who I thought you were!”

Well who’s to blame for that?

Interesting SHS Comics Which Will Change Your Mood. (Pictures)