Why Does Woman have ‘Man’ In It And Female Has The Word ‘Male’ In It?

It is very hysterical when people incorrectly assume the origins of words. What’s even more hysterical is when you find out that you are one of them. That’s what happened to me when I came across the etymology of the words male, female, man, and woman. Sometimes we manipulate the words and make adjustments to them so they fit our assumption. Wait until you read about the etymology of the words that I’ve just mentioned. This phenomenon is fairly common and it actually has its own name: folk etymology. Extreme cases of this include the feminist movement that demands that the word history be renamed her-story. 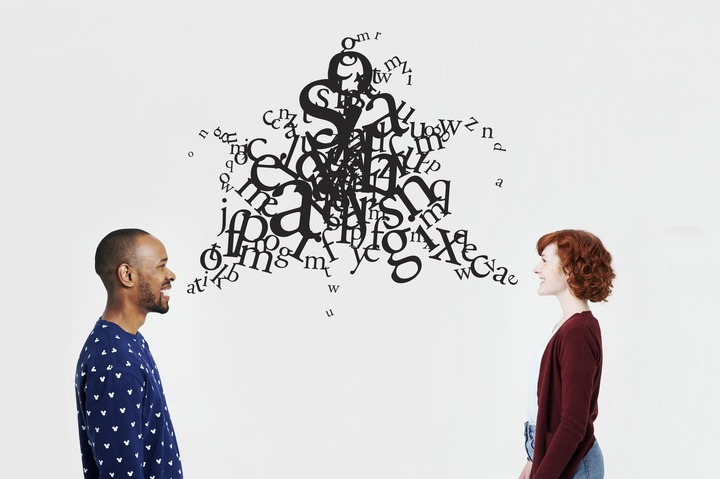 Let’s see what else we’ve got! The word Goodbye was actually “Godbye”, contraction of the phrase “God be with ye “. but people incorrectly assumed that Goodbye is just another greeting phrase like “good morning” or “good night” and so they changed it, tacitly of course, to goodbye, mindless of the fact that bye has no meaning of its own.

Now let’s do away with the folk etymology of the words man vs woman and male vs female.

To many, the word man carries stigma; you shouldn’t use man to refer to human, that’s sexist. To others, both words should be dismissed because even human has man in it. Same thing for mankind and humankind. The “nonsense” doesn’t stop here. They went so far as to complain why does woman have ‘man’ in it and female has the word ‘male’ in it?

Man derives from Proto-Germanic and it meant literally “person”, that is, it could refer to both man and woman. Woman, on the other hand, derives from Wif or wifman. What was used to refer to man with its sense of today is wer or werman. That this hits the right spot is confirmed by the survival of wer in werewolf (literally man-wolf).

Wifmen, in the course of language development, lost the “f” and became wimman until it reached us as woman. werman, didn’t just lose the “r”, like what happened with the “f” in wifmen. Following the Norman conquest, the whole “wer” was gone, and it became man, and it gradually narrowed down to refer to male men only.

“The spelling of woman in English has progressed over the past millennium from wīfmann to wīmmann to wumman, and finally, the modern spelling woman.

In Old English, wīfmann meant “female human”, whereas wēr meant “male human”. Mann or monn had a gender-neutral meaning of “human”, corresponding to Modern English “person” or “someone”; however, subsequent to the Norman Conquest, man began to be used more in reference to “male human”, and by the late 13th century had begun to eclipse usage of the older term wēr.

The medial labial consonants “f” and “m” in wīfmann coalesced into the modern form “woman”, while the initial element, which meant “female”, underwent semantic narrowing to the sense of a married woman (“wife”). It is a popular misconception that the term “woman” is etymologically connected with “womb”, which is from a separate Old English word, wambe meaning “stomach” (of male or female).”

Man kept its definition as “person” until the 20th century when people assumed that it excluded women – understandably, since many men were using it in that way – so it’s fallen out of use for the most part, keeping the definition it has today. This was natural given the pervasive sexism at the time, where male was viewed as the ‘default’ gender.

Let’s now settle down to handle “human” and “male”. “Human” derives from the Latin humanus and has nothing to do with the word “man”. “Male” is from Latin masculus (“male”), which was then shortened to masle in Old French, Old french dropped the “s” and it finally became “male”. “Female” is also from French, but from femelle (“woman”), from the Latin diminutive of femina; it never had any connection, etymologically speaking, to “male”.

Still, although there are no etymological relationships between these words and what people purport them to indicate, it’s amazing how our minds find patterns, that may not exist, and link them to what’s going on in the world.

“sometimes speakers fail to see a word’s origin and end up with etymological flotsam. “Cranberry” is an example of this: it comes from the Low German kraanbere, literally “crane-berry”. When English borrowed it, speakers correctly recognized that bere meant “berry”, but not that kraan meant “crane”, so they anglicized kraan to “cran” and ended up with “cranberry”, where “cran” doesn’t mean anything but is needed to make the word work.”

Word bits that have no meaning of themselves like bye in “goodbye” and cran in “cranberry” are called, ironically enough, “cranberry morphemes “.

At any rate, although language is full of sexism (flowing both ways), male, female, man, and woman are innocent little words made victims by mindless folk etymology.

Please share if you think the article deserves. We are looking forward to seeing you in the next post.

Godbye
Opera News is a free to use platform and the views and opinions expressed herein are solely those of the author and do not represent, reflect or express the views of Opera News. Any/all written content and images displayed are provided by the blogger/author, appear herein as submitted by the blogger/author and are unedited by Opera News. Opera News does not consent to nor does it condone the posting of any content that violates the rights (including the copyrights) of any third party, nor content that may malign, inter alia, any religion, ethnic group, organization, gender, company, or individual. Opera News furthermore does not condone the use of our platform for the purposes encouraging/endorsing hate speech, violation of human rights and/or utterances of a defamatory nature. If the content contained herein violates any of your rights, including those of copyright, and/or violates any the above mentioned factors, you are requested to immediately notify us using via the following email address operanews-external(at)opera.com and/or report the article using the available reporting functionality built into our Platform