My husband abandoned us because of my son's disability

By Goodrelationship (self meida writer) | 22 days 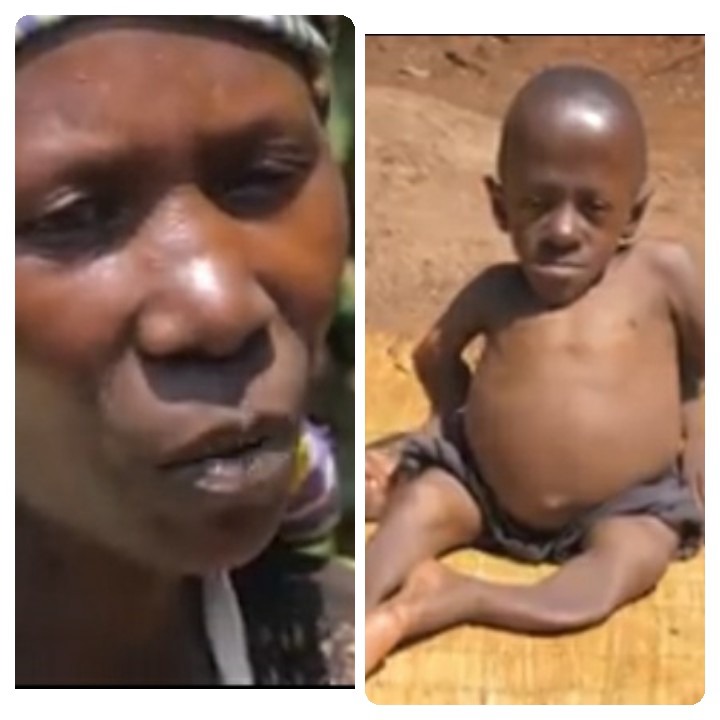 This incredible young child Rafons is so amazing. He knows how to read and write but he has never gone to school for at least once plus his parents being illiterates makes us wonder how he got all his knowledge. He has never walk or crawl before ever since childhood. All he does was to sit at one place and does what he could, this means if you leave him somewhere and forget to check on him, he will remain at that place for days until you come back for him since he can not move.

Despite all this life challenges Rafons is a true inspiration, the boy can calculate mathematics as fast as he calculator. His mother Martha Nsekanabo said, her son came from heaven. According her the boy was born premature, he delayed in the womb. After delivering him, she was so tired and was not able to see the baby she produced. 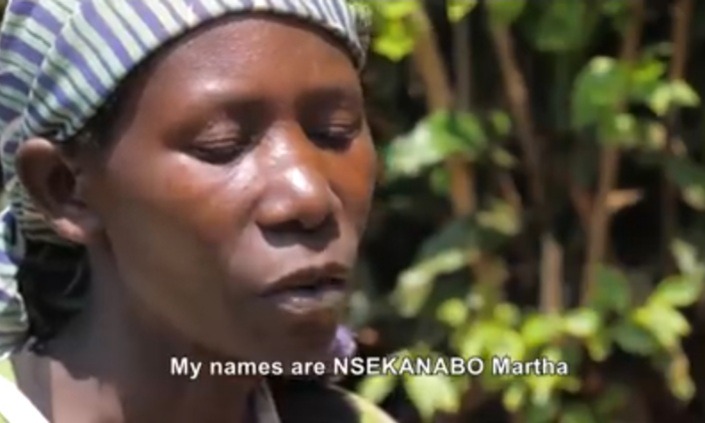 After one hour, she checked on him and found out that her son was disabled, his legs and arms were all bend. One week after given birth to her son, they took him to different hospitals, she wanted them to try and treat the boy as early as possible but the doctors told her to return after six months. They examined the child and found out that the disability was caused by her mother's malnutrition during pregnancy.

Rafons mother said as days passed, the boy went on breaking his bones in both arms and legs. She also said the boy's organs has been breaking just like glass. Hence she has been taking him for some medicine and doctors has also try as much as they can. Now she is more worried about her son's weight, Rafons does not have a lot of weight, he only gain 1kg in a whole year. Maybe is because they do not get a balance diet but that is not normal when compared with other children. 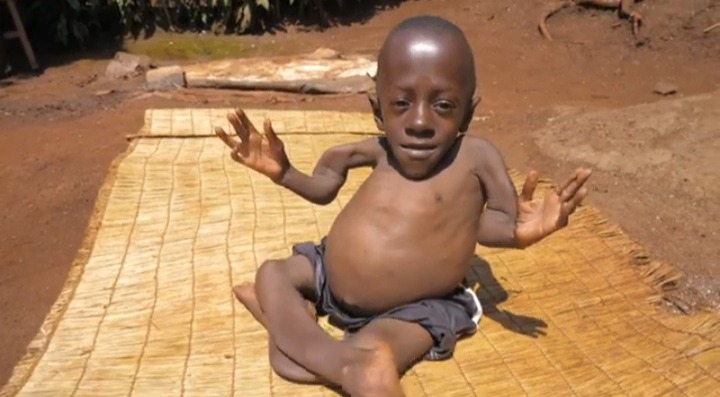 He only weighs 12kg. The mother said due to how Rafons bones has been breaking since childhood, the doctors has advised her not to allow anyone to lift him. She also said the boy's father has abandoned them because of her his disability. She was surprised as the day she gave a book and pen to her son, the boy already knew how to write different things including his name yet he had never learned anything.

The mother said it just came naturally, he woke up one day and asked his mother to give him a book and pen because he wants to write. Rafons was able to write whatever they say with a very good handwriting. Martha decided to take him to school so that he would learn. She has delayed taking him to school due his short stature. 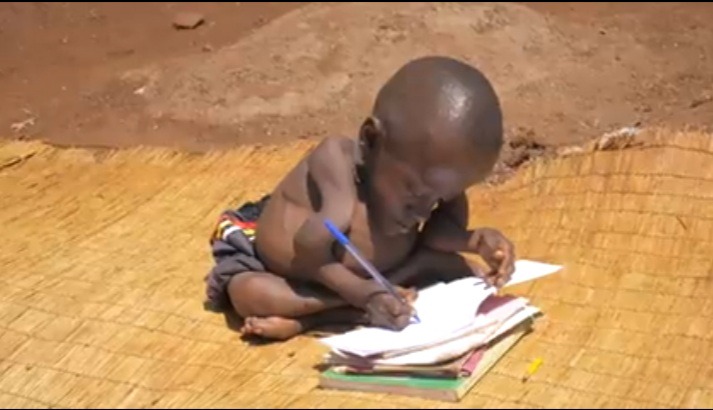 No one believes that he is 14 years old but that is his actual age. As she was thinking of how to take the boy to school, she was struggling with how Rafons will be going to school regularly. The boy is disabled and can not move, it is not easy to get a school that will accept him. All teachers chased Rafons and his mother away. At one point it was understandably because he was disabled and could not move.

He also did not have a wheelchair for him to move from one place to another. It requires for someone to lift him each and everytime when he needed to pee or ease himself. Martha kept forcing them and also told them that, she will do everything for him and makes sure to bring him to school on time. Finally the school administration decides to admit him but since the mother is a farmer, she wakes up early with a hoe going to the field so as to cultivate, plus the assignment of lifting the boy to school every day. 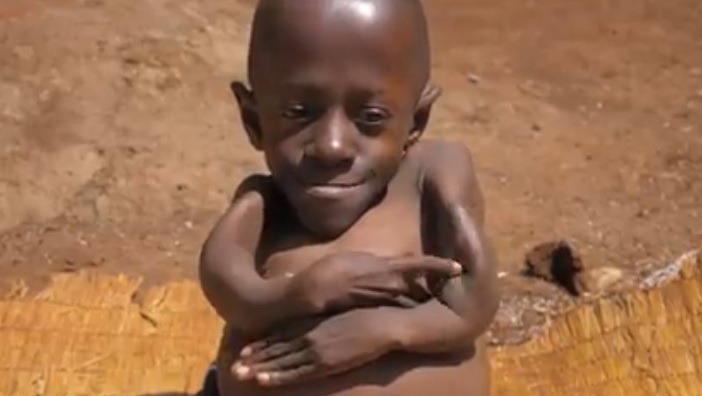 It became a big puzzle to the mother but she was keen to her son's education, since she could see that Rafons has the potential and courage. Later there came some students who came to lift the Rafons to school everyday on behalf of his mother. Martha remains struggling with providing so that her son will not go to school with empty stomach. She wakes early in the morning, bath and make him ready for class.

Rafons has just joined class for the first time and surprisingly he became the first in class. The teachers and the school administrators were amazed with his excellent performance yet he did not start from Nursery school as other children. He is good in class despite his disabilities. Rafons said that he has a dream of being a doctor and will be treating young children. He will also do whatever he can to make his mother proud.