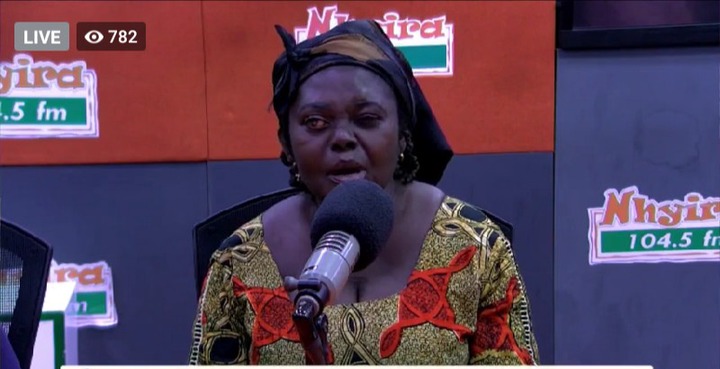 They did other property but he started sleeping around with different women, she confronted him about his behaviour but he beats her for trying to advise him. The woman said she moved to stay with her mother after they fought about his womanizing but still she continued to cook for him and also go to sleep with him. Maame Akosua said she went to harvest her cassava farm but her husband told her that he won't take care of their children again if she continued to harvest the cassava.

The painful part is that he has got into a relationship with another woman and staying together whilst they have not divorced. According to Akwasi, he has never raised his hands on his wife ever since he got married to her. He continued that what his wife is accusing him of is not true. He revealed that his wife fell sick two years ago when he was at their farm. He came home to find his wife rolling on the floor wearing only underwear but he helped her to put on clothes and rushed her to the hospital.

The man said he again consulted a fetish priest to seek help. With the help of herbal medicine, his wife recovered from the illness. He continued that he too fell sick one year ago, but his wife didn't send him to the hospital or take care of him, it was his daughter who rushed him to the hospital and also used to changed his diaper and bathe him throughout the two months he spent at the hospital. After he was discharged, Maame Akosua didn't visit him, He said what his wife did made him decide not to continue with the marriage again.

I don’t mind cleaning gutters for money abroad, it is better than Ghana - Lady reveals

Do This If You Want New Ideas To Come to Your Mind.