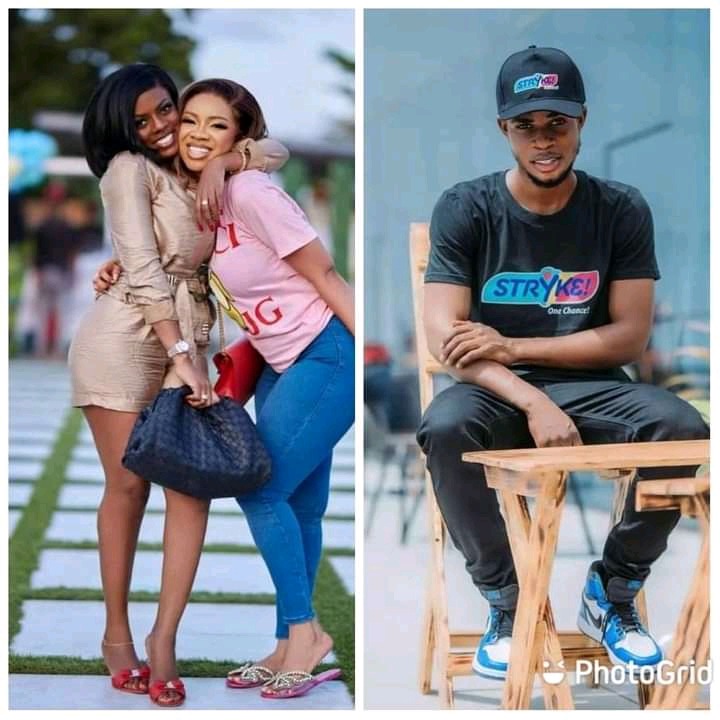 Nana Aba Anamoah and Serwaa Amihere; Have ever wondered what could be Keeping their Friendship lovely and growing

The secret behind the Growing and Glowing Relationship between Nana Aba Anamoah and Serwaa Amihere is one that has got people talking for some time now.

The mentee mentor relationship between the two broadcast journalists Nana Aba Anamoah and Serwaa Amihere has been criticized by some cross section of Ghanaians over this few years they became friends.

However, despite this criticism, their friendship has evolved over the years to what can be described as a Cozy friendship; that is, it doesn't matter that one is a boss and the other a subordinate at the work place.

One notable thing that Ghanaians can generously ascribe to Nana Aba Anamoah, the General Manager of GHOne Tv is how affable or friendly she has become over the past few years.

The charismatic and outspoken journalist, has taken upon herself to take people from "nowhere" and groom them to take up enviable task in the media landscape. 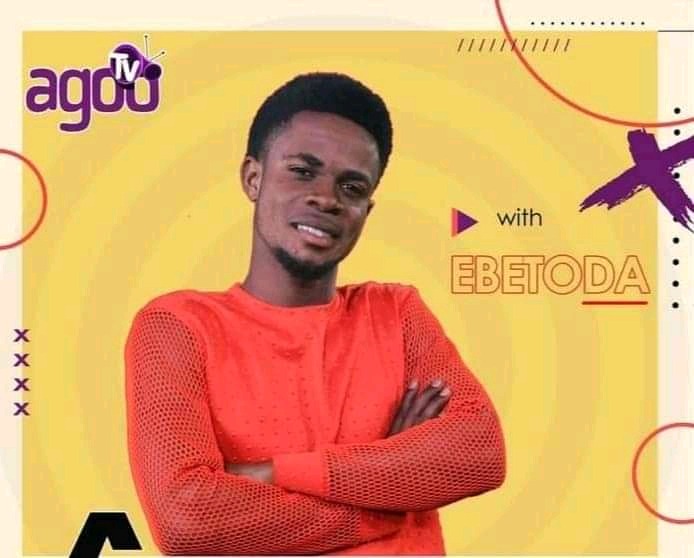 Like she has done for Ebetoda, the young Ghanaian guy who could hadly make ends meet hawking under the scorching sun on the street of Dzorwulu.

Out of Nana Aba Anamoah's mentoring and coaching, Ebetoda is now a Presenter on Agoo TV, doing quite well financially and recently he's been able to put up a structure due for rent for any purpose possible. 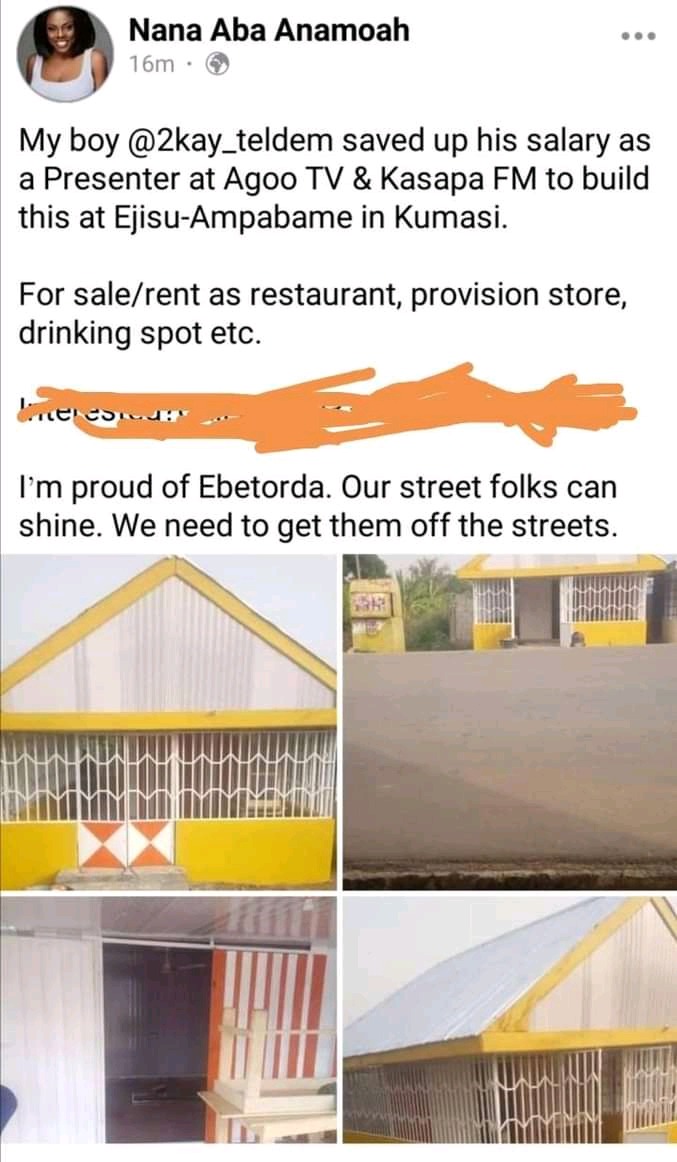 He has done this to able to cater for the needs of his family needs, which he couldn't because of the meager income he used to earn when he used to hawk under the sun.

And Serwaa Amihere is one of such fortunate individuals to have been mentored and groomed to the position she occupies now.

However, the relationship between the two, though admirably, yet some people have raised eye brow, questioning the extent of their intimacy.

But in my opinion, it is a mirage for someone to think that something extraordinary is going on between the two.

Like the saying goes "like minds think alike and also birds of the same feathers flock together".

Per my observation, over the past few years, I have come to the realization that due to their like mindedness, it makes it easier for them to stay in harmony. 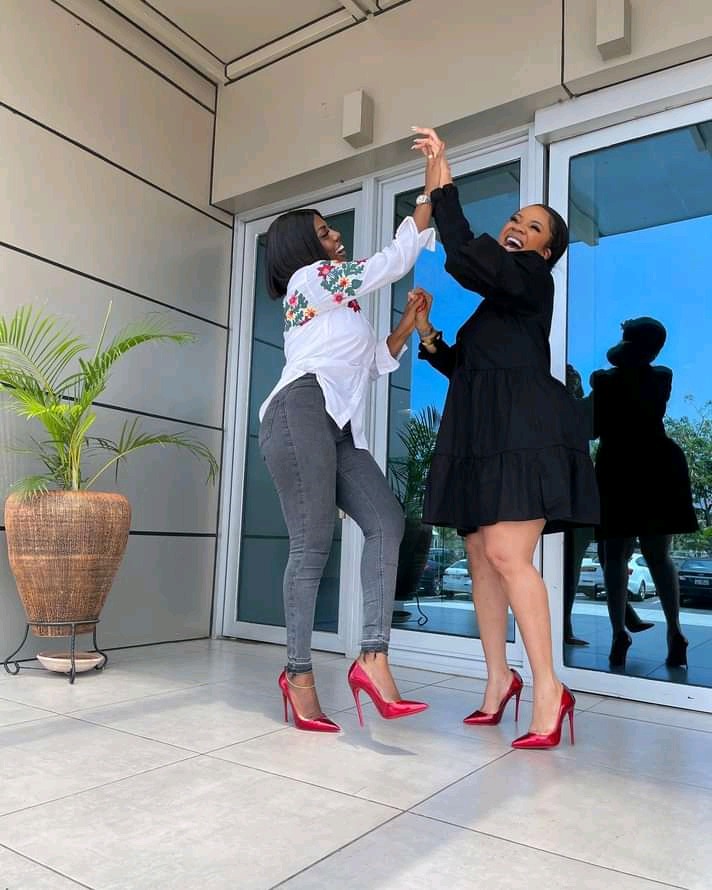 For example, both of them have a high sense of fashion, share similar interests and values.

That's, per my critical observations, their perspective about life in general is near the same.

Moreover, they know when to say what to each other, by this I mean that they respect each other's space.

Nana Aba Anamoah is the General Manager of GHOne Tv whilst Serwaa Amihere is just a News anchor and a host.

Serwaa Amihere will definitely not down play the opportunity Nana Aba Anamoah has offered her.

Despite the fact that they are friends, I believe Serwaa must have being respectful enough to maintain their Beautiful relationships.

And on the side of Nana Aba Anamoah, I believe as a boss, she is understanding and kind of enough to even bring these people closer to her space.

So Lets stop the unnecessary allegation and envy and allow them enjoy their friendship. 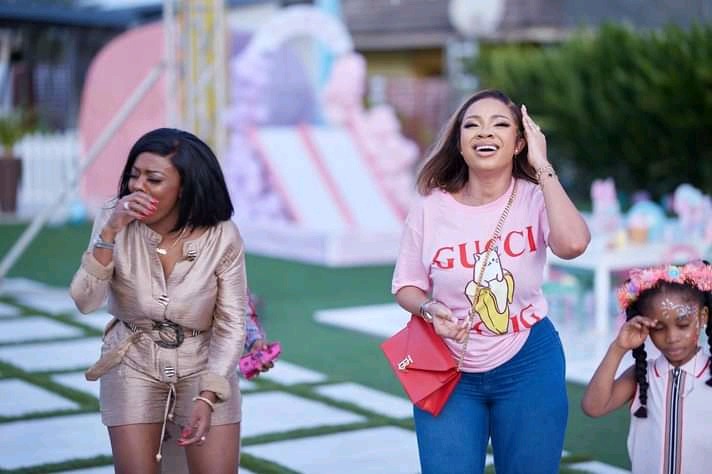 Because for them, they are will only laugh at those who waste their time to gossip about their friendship.