By mCjill (self meida writer) | 1 months 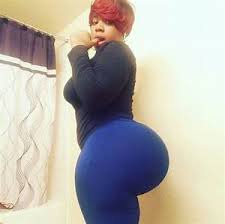 We have been married 3 years, serious relationship for the 4 years before that. Have lived together since 9 months. We had our first baby 6 months ago.

We went to Disneyland last Thursday. We were having a great time. All the sudden after 4 hours he got really upset at me and so we left. He says I’m too bossy. Because I told him he needed to sit down and rest as he had a mile walk almost to the car. He said no. I said he really needed to sit. It was super hot out and he had no drink. I didn’t want him fainting or anything part way back. He’s not in the best shape.

Anyways, he blew up at me in the car. I’m too bossy. (He married me like this. I haven’t changed my personality at all and it’s never been an issue in 7 years.) We don’t have as much sex as he wants. (We have sex 2-3 times a week. Before baby it was 3-5, but he said it wasn’t even enough then.) He wants to have sex whenever he feels like it. And I don’t clean the house enough.

He always does this thing where he holds in how he feels, for who knows how long. And then blows up on me over some random unimportant thing. I always tell him I don’t want that. To always tell me what’s wrong immediately so we can try and fix it together. He never listens.

I said I would work to not be bossy. So now instead of “give the baby a bottle.” I say “can you please get the baby a bottle.” For basically whatever, because I have to ask him to do any care for the baby or I have to do it all. I’ve been working really hard on it and have only slipped a few times, but even then I’m met with harsh criticism.

The sex thing idk. Because I have 0 libido since baby was born. My choice would be to do it 0 times a week. Drs say it’s normal. Due to so many hormones and they will do something if I still feel that way after 1 year postpartum. I compromise and we do it 2-3 times a week. Even before baby I didn’t want to do it 5 times a week though. We’ve been together for 7 years, we’ve got shit to do. Sex is a minimum of an hour every time. He doesn’t do quickies. I just don’t have the energy or time for it every day of the week. I would have preferred 1-3 times a week before baby. But I compromised and we did it at least 3-5 times a week. And sometimes up to 7 times.

So, I said I would try my best to be less bossy, be more affectionate and have more sex. I’ve done that. It’s been hard. But I have. I thought we were good. Everything’s been normal this last week and we had spontaneous sex yesterday. And I wanted to have sex again tonight after the baby went to sleep.

As he’s putting baby to bed, and I’m getting ready to shower, I ask what’s wrong. He says he doesn’t want to talk about it. I press and he says no. I said please can we talk about it because I hate feeling somethings wrong between us. I literally can’t eat, drink, I get really depressed. He says we’ll talk when he wants to. I say when’s that? He says idk. Tonight? Tomorrow? He said maybe. He’s planning to go drink with a bunch of his friends tomorrow.

I’m really offended here. The fact that he just had sex with me when he still felt this way feels scummy. Like a betrayal. The fact that he’s still planning on going out to drink and leave me here feeling like this. Like he doesn’t even care about me.

How long am I supposed to wait? Please don’t just say leave him. I love him and want to be with him. I want to talk it out and make this work. Just like we always have.