Inspirational marriage story you can learn from

By Amponsah.trends (self meida writer) | 20 days

The wife of my colleague called me in the early hours of the morning. This was around 6:30am.

She was in tears. I asked her what was wrong. She opened up to me like I was her brother. She told me how her husband beats her up at the slightest provocation. 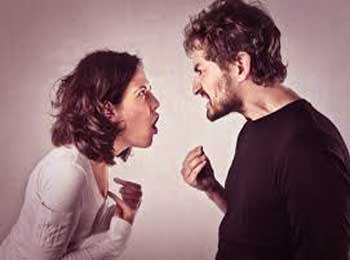 "Praises, he beat me up this morning. Slapped my face black and blue. I want to leave. I am tired. He is not the man I used to know anymore. I just want to leave this marriage."

She was free to share this with me because I was close to both of them even when they were single. I have been close friends with her husband since school days.

I calmed her down. I assured her I was going to talk to the husband when he comes to work, and I will get back to her.

When her husband arrived, he was unhappy. His shirt was squeezed. I asked what happened and he explained that he fought with his wife before work.

I asked if he had bitten her. He said yes. He told me that he had lost his temper.

"Praises, she pushed me to it. She talks anyhow. She Throws careless words at me. Called me names. I didn't know when we started fighting. She hit me. I had to hit her back."

I wasn't happy. I told him he had done wrong. I asked him how many times our boss insults him. He said countless times. I asked him if he's ever beat her up. He said no.

"How many times has she called you a nonentity who brings nothing to her company? Have you beaten her up?"

I asked him why and he said to me.

"Because I do not want to lose my job. And she may get me arrested. If not I would have given her the beating of her life."

"So why beat your wife? Are you not scared of losing your wife?"

My friend was remorseful. He promised to make things up with her.

I stepped outside and called his wife. I asked her why she had to talk rudely to him when they had issues.

"Praises, he told you that?" She asked.

"Are you not guilty of it?"

She said yes. She told me she was only angry and needed to express her anger.

"If you could beat him will you?"

"Praises, I will break his head if I could. Give him better biting on his manhood. I will injure him." She said.

"Then you see you'll have done more if you were him. He'll probably be in the hospital by now."

I advised her not to speak or say anything when he talks or gets angry. Yes, she is hot-tempered. Same as her husband. But she should practice the listen and peck your lips formula. Especially when she has issues with him.

"Call me when you need to talk to someone. I will always be there."

And so it happened.

He will get angry and shout and she keeps quiet and listens. And when he is done talking, she goes outside and calls me and shouts back at me. Most of the time he is at work when this happens.

One day, I left my phone in the office and stepped out when she called. My colleague saw that it was his wife calling. He picked the call to listen to what she wanted to say.

I was just stepping in when I saw my phone in his ears. He was silent.

Listening to his wife as she complained bitterly.

About how he had insulted her that morning. Called her names. Just because she tried to advise him. He misquoted her. Because he didn't want to listen. Then she broke down in tears over the phone. Said she had been doing her best to make the family work. She has taken my advice. She has listened to him, corrected some of her mistakes. But he has refused to listen to her.

And when she had finished speaking.

For over eight minutes.

"Hello, Praises are you there?"

He handed the phone to me. But the call ended

Then he said to me.

"I never knew she had this much to say."

I asked him if he had ever listened to her in silence like this. He said no this was his first time.

He told me he had noticed his wife hardly exchange words with him any longer. He ends up doing the shouting alone.

What he didn't know was that I took the shouting and complaining on his behalf when he was gone.

Three months have gone by, and she stopped calling me.

My friend now came to work happier and left back home to be with his wife. I knew things were going well but I didn't want to ask.

Then her call came in yesterday to greet me.

When I picked the call I laughed.

I said to her.

"Shey you don abandon me na."

She laughed and coughed.

Then she said to me.

"Your friend don the get sense na. He changed. As me seff no the shout on am. Him seff stop the shout. We now talk like matured people."

The act of communication has a vital role to play in sustaining a relationship. How your words are passed, determines the efficacy of your words on such a person and the reaction he or she gives you. 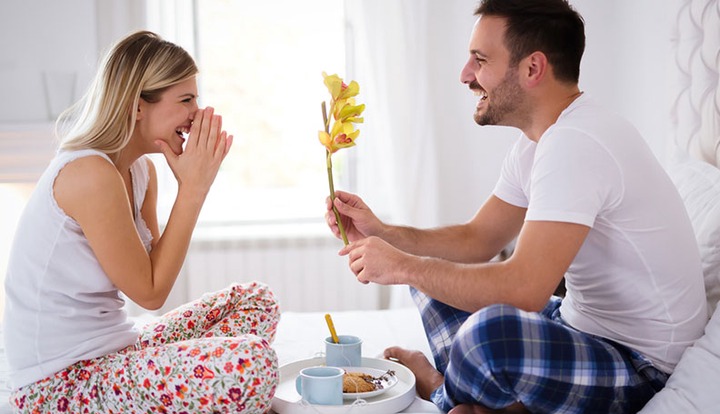 We should learn to listen before speaking. Think such words heard, before giving a reply. Say sorry when we need to. Keep shut when the other is angered. And return to them when they are calm.

It creates room for better understanding and mutual agreement.

Content created and supplied by: Amponsah.trends (via Opera News )