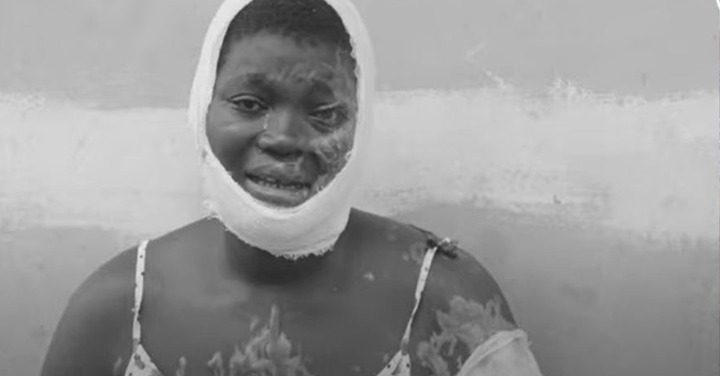 Grace Amedzado has been living with her boyfriend for many years at Dome Christian Village. The two have been living happily with two children. The man has since refused to pay the bride price of the lady and that makes their relationship not recognized by family members. Her boyfriend whose name has been given as Bright Bosu has been feeling insecure in the relationship for some time. Due to this, he has confronted the baby mama to stay true to only him because he has information that other men have been chasing her.

The lady denied the allegations because she was friendly with the other neighbors and nothing more was happening. Since life has not been rosy, the two live in a rented wooden shop with their two children. They had a little quarrel on the same issue and the man left for work the following day, later in the night he called the lady and told her not to close the door because he will be coming home. 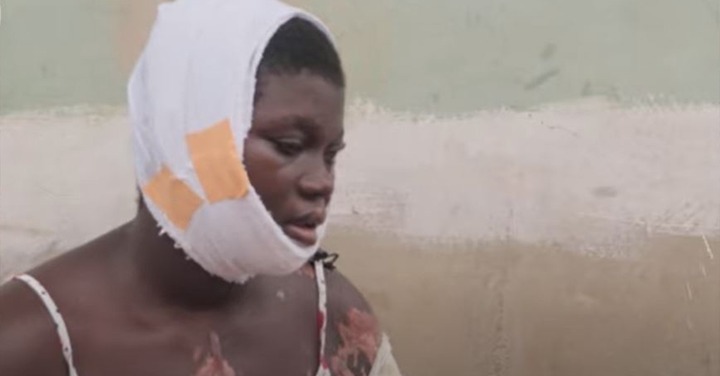 It was around 2:30 am when the young lady realize her body was going through a transformation, the pain was getting severe and she started calling for her neighbors to help. They came around and realized her room had been covered with acid, her two daughters were also affected but the target was the young lady.

They quickly called the boyfriend to come around and save the situation but he told them he was at Kasoa, strangely, he arrived at the scene a few minutes after the call ended. This caused the neighbors to smell foul play in the whole episode. He was questioned and it was later revealed that he committed the act to prevent the lady from being attractive to other men.

He has been arrested by the police and is currently on remand pending a full trial of his case. The sad aspect of the situation is that the young lady has survived with serious wounds in almost every part of her body. Sadly for her, the boyfriend has rented out the shop to another person and taken the money to hire a lawyer who will defend him in court and the lady is left helplessly. 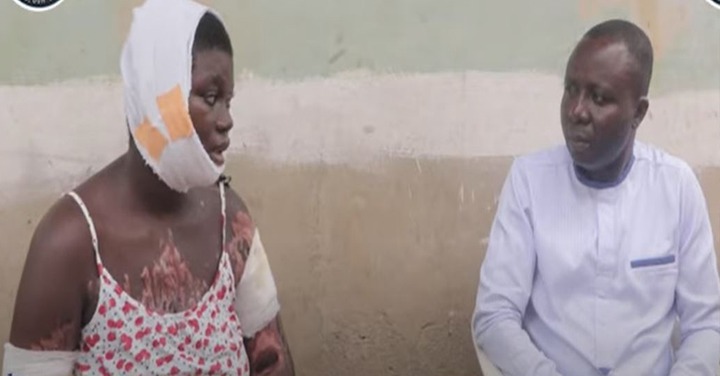 She has no money to pay for her hospital bills and the wounds keep getting worse. She is the same person taking care of her two children but life has become difficult for them. The crime check foundation has taken up the case to ensure justice is served.

Stories of jealous boyfriends killing their girlfriends have been rampant in the country lately. It is unknown what goes through the minds of such persons but it is never advisable to hurt another person just because of jealousy. If the relationship is no more attractive walk away in calm and that can save a lot of trouble.