By KwadwoSarfoGh (self media writer) | 13 days ago 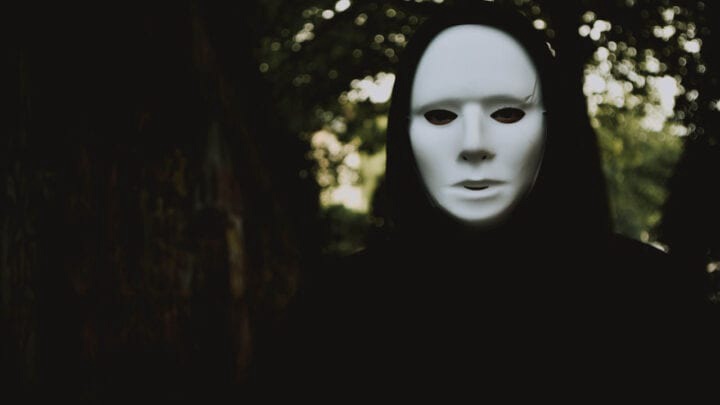 Man is a social animal. It is human nature for man to be surrounded by people with whom you can share memories and experiences. However, not every people you meet is genuine; there will always be fake people around you who always act differently and the best thing to do is just want to stay away from them.

Life is much better if you can avoid negativity and fake people from your surroundings. The more positive, genuine people you have in your life, the better are the chances for you to reach your goals faster. To do that, here are 10 ways to avoid fake people.

1. Limit Your Interaction With The Fake Person.

There are situations when you can’t escape meeting this kind of people, so to avoid feeling awkward or annoyed by their actions, keep your interactions short. When you spend little to no interaction with the fake person, the lesser you’ll feel uncomfortable. Fake people mostly crave attention and you don’t want to give that to that person. You don’t have to engage them to make them feel good about themselves. In fact, that just makes it worse. Validation means they can continue to act that way.

2. Don’t Let Their Annoying Demeanor Get To You.

No matter how annoying and bothersome the person’s behavior might get, remember to keep your composure. Do not let their actions bring the worst in you no matter how annoying they are. When you’re in a situation that’s aggravating you, it’s best to stop the conversation immediately and allow yourself to cool down. However, when faced with a situation wherein the fake person said something offensive and disrespectful, it’s not something that should be tolerated. Fake people need to learn their limitations when it comes to their behavior, so do not be afraid to confront them for their actions.

3. Do Not Stoop Down To Their Level.

You can’t fight fake in other people by becoming fake too. Resist the temptation to “get back” at a fake person by gossiping and giving offensive and insulting remarks. Always remember that if you act that way, you’re becoming the person that you said you hate or avoid.

If you feel that one of your friends is acting fake, it’s better to refrain from revealing your deepest secrets to him/her. You should do this slowly so that the person does not get a sign that you have started to not believe him/her. Doing this will help you gradually move away from the person and evaluate your friendship.

5. Mind Your Own Business.

If that person is not interacting with you and all the things you heard about them being fake came from second-hand information, don’t bother meddling into the situation. Just focus on yourself and what you do. As long as it’s not affecting you, then let them be.

The world’s too big to surround yourself with fake people. It may seem scary to build new friendships and connections but it’s so much better than surrounding yourself with people who only bring toxicity and negativity in your life. Stay optimistic and you will soon forget those fake people and have many more new friends which you can cultivate on trust and admiration. This is a certain solution for your biggest concern of how to avoid fake people.

When you can’t bear the things that the fake person is doing and it’s affecting you on a whole other level, do not hesitate to confront and point out those actions. This kind of person will continue sucking the life out of you if they are being tolerated all the time. They seek validation so much and pointing out their wrongdoings might even make them realize the actions they’ve been doing.

8. Not Everyone You Lose Is A Loss.

If you lost a really close friend because of their fake don’t feel sad or bad about it. It’s much better to lose that friendship than to be friends with someone who only spreads negativity and toxicity in your life. Self-love should be given more priority for it affects your life entirely.

If the person acting fake is a close friend of yours and you feel like might be able to talk to them, politely ask them about what’s going on and why are they act the way they do and try to offer to help them work through a few of the things that they brought up. However, if they don’t say anything or they refuse your help, do not be angry. It’s still their decision and what’s important is that you made an effort for them to realize their actions and that you offered help to address them. The best thing to do when that situation happens is to move on and let them do what they want.

10. Always Remember That It’s Not About You.

The actions that fake people do have nothing to do with you – everything has to do with them. Always remember that they are trying to prove something to others and especially to themselves, but when they do not get the validation that they need from other people, they most likely tend to walk away. Avoid in engaging interactions as much as possible and constantly remind yourself that they are lying to themselves and not to you or other people. And while it is frustrating to deal and interact with this kind of people, remember that they are the ones who are truly suffering.