A Kenyan woman revealed that she is so passionate about her job that she had to end her relationship with her boyfriend as a result. Alice is her name. She is a morgue attendant who has been with the mortuary for six years. 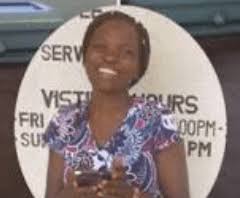 She began her career at a different mortuary home in another area before transferring to where she now works. She enjoys spending the most of her working days with the dead, according to her. She also said that she enjoys preparing dead bodies for burial.

She said, "I enjoy spending a healthier part of my working days with the dead." I can't imagine being separated from them even for a single working day. Every day, I have to go look at the bodies that are held in freezers.” 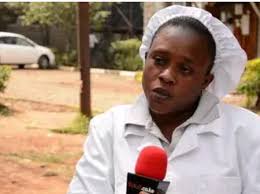 This lady used to be a nurse but dropped out. “I withdrew from my nursing studies and pursued mortuary science because of the available job opportunities in the latter field,” she added. I have no regrets over changing professions.”

She acknowledged that mortuary science is a field dominated by male staff, but she claims that this does not frighten her since she is often preferred over her male colleagues to perform such tasks of preparing the dead for burial.

She has given birth to a child whom she adores. She went on to say that, contrary to popular opinion, morticians rarely use hard drugs before going to work, and that she has never abused drugs. 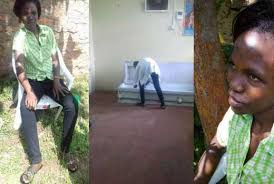 She said, "When I was first introduced to this work, I had doubts and trials dealing with the dead, but now I enjoy every bit of my labor." I adapted quickly and am now at ease.

My boyfriend abruptly dumped me after I told him that I work as a mortuary attendant. Discrimination is just one of the many challenges I face as a mortician. The difficulties, on the other hand, are normal.”

Alice is a courageous woman who needs to be recognized for her efforts. But when will humans, especially Africans, put an end to such discrimination? 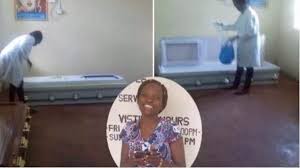