By AlphonseCicinho (self media writer) | 3 months ago

Money is the root of all evil but life without money is as bad as hell on earth.

A woman explained how she had little choice but to sleep with her landlord in order to cover her husband’s medical bills.

She shared her story below: 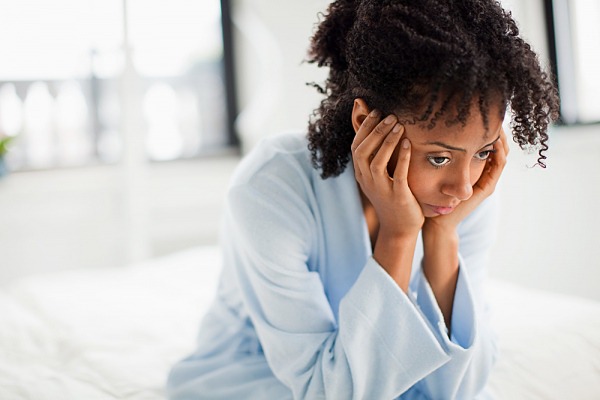 “My husband and I have been married for over five years with two kids. He worked with a reputable organization and earns a meaningful income.

We were living comfortably until an illness struck my husband and he became inactive at home and work.

Due to the illness that required major surgery, my husband lost his job and I had to stop my teaching job to closely look after him.

Things went from bad to worse. Almost all our properties were sold to buy the expensive drugs on weekly basis. His health deteriorated, our house rent was long overdue and the landlord threatened to send us packing.

I ran around to raise funds to offset the piled up bills but no one was willing to help. I got different excuses from family members, friends and colleagues.

I ran out of options. My husband needed an urgent surgery which will cost over a million Naira or lost his life.

On the other hand, the six months notice of eviction from the house was about to elapse and I had nowhere to move the kids and my dying husband to.

My children couldn’t bear to see their father in pain and kept on begging me to do something.

After being unable to raise the house rent, I decided to see the landlord and plead with him again.

After listening to my predicament, he offered to help me with the money for my husband’s surgery and write-off the debt I owe on one condition.﻿

A beam of hope lightened up my face. I ignorantly asked the landlord what the condition was and that I was willing to do anything to save my husband’s life.﻿

He came closer to where I was seated and told me that the condition was to lie in bed with him.﻿

I stood up and left his apartment in anger. I told myself that I couldn’t do such a despicable act against my husband.﻿﻿﻿

I returned to my apartment and met my husband writhing in pain. The kids were sitting close to him crying uncontrollably because their father was in severe pain.﻿﻿﻿

My conscience pricked me. I couldn’t withstand their tears. We were running out of time. The only option available was to accept the landlord’s offer.﻿

I picked myself up the following morning and reluctantly returned to the landlord’s apartment.﻿﻿﻿

He smiled when he saw me. He gave me a cheque of N1.2million and a receipt of payment for the outstanding rent due of a year and 6 months. I did the unthinkable with him and afterwards, I wept on my way home.﻿

I paid for my husband’s surgery and it was successful. My husband was discharged few weeks later and was placed on post operation medications.﻿

Shortly after his recovery, he began to question me about how I raised the huge sum for his surgery. I had no choice than to lie to him. He wasn’t convinced. Rather he kept on showing signs of ingratitude.﻿

Few months later, I received a call from my landlord, demanding that I see him in his apartment for a repeat of what we did or risk exposing the truth to my husband.﻿

I am at a crossroad. If my husband finds out the truth, my marriage will be over. If I give in to the landlord’s demand, he might continue to blackmail me.﻿

Right now, I’m between the devil and the deep blue sea.﻿