By Whistler (self meida writer) | 25 days

A certain video have been making rounds on the internet which feature an unknown two ladies fighting dirty in a public place without even caring about their dignity or something. It looks like we are always going to hear or see two ladies fighting on the streets. The fights between ladies in this country is really getting out of hands. 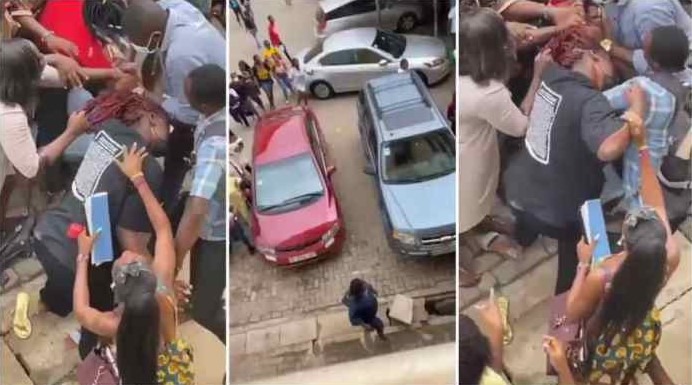 For like just a month, we have encountered many fights between females in this country and most of them are been caused by one major thing that is about a Man and maybe some are also due to money issues. The two girls are said to be students of Accra Technical University, were reportedly fighting over a sugar daddy who finances both of them.

According to Ghbase, they both found out they were dating the same man and felt cheated by the other. The fight started in the premises of the school. The man who is said to be the cause of all this fight is yet to be known and my team and I will do anything to feature him in our next article. It is been gathered from our search that the unknown guy is rich and pamper each other well with enough money to make them stable but one of the girls felt unsafe as she found out that the other one wants to snatch him from her. 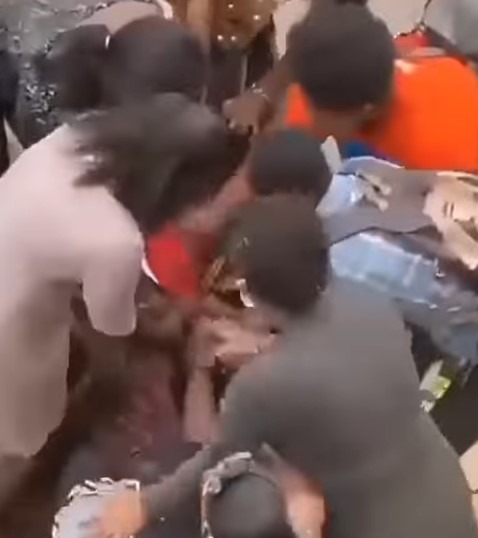 In the video, the girls were really fighting hard and dirty as you can see them pulling each others hair and trying to cause injury to each other. The fight lasted for some minutes before by passers interfered to stop the fight. While some people were trying to split them up to stop the on going fight some of the by passers to were just cheering them up and videoing the incident. All thanks to them else we wouldn't have seen the fight though. Now this is the link leading to the video of the fight;