Life is actually unfair and before you judge someone ,dig deep into the circumstances surrounding some of their actions you find strange about them.

Life was all Rossy at the early stages of my life since my father took adequate care of us and we never lacked anything in this life. I had all the needed support during my high school days so I had a peace of mind to study .

I had nice WASSCE results and gained an outright admission to the university. My university education was ill fated when both parents passed away in a space of one and half years and life became extremely difficult for us.

I had to resort to a side hustle to be able to fund my education and cater for my younger siblings. A good Samaritan introduced me into the selling of men T-Shirts.

I hawked the T shirts from one office to another. I normally started my day at dawn and retire to bed very late at night.

In one of my routine rounds, I met a middle aged man and exchanged contacts with him and we started talking.I gave my number to him because he was working in a reputable organisation and promised to use his influence to coerced the other workers to become regular customer to me.

We spoke for months and he got to know about my situation and offered to help me of which I gallantly accepted. He helped me in various capacities from paying my hostel fees and eventually rented a store for me on campus.

This went a long way to stop me from hawking from one office to another. It also reduced my stressful days considerably.

I thought he was just being a good Samaritan not knowing he had his alterior motive. He expressed interest in me and I accepted upon several considerations and deliberations.

I remember asking him severally whether he was married or not but he denied being married. But from every indication and his utterances suggested he was a married man.

Two months into accepting his proposal,he finally admitted being married with four kids but the wife lives in a different region.

I had vowed in my life never date a married but he begged me on his knees never go leave him because he was in love me.

As innocent and naive as I was ,I was confused and didn't know what do. Because I had no friends to consult, I was left with no other option than to accept him.

I never did anything extraordinary but I realized his attention suddenly shifted towards me and never had time for his family again. After work, he used to call me and we spoke for hours .

He made his income known to me and upon careful interrogation he was spending virtually every pesewa he was earning on me.

After I graduated,I told him I wanted to settle down so he should let me be. He was hesitant initially but agreed when he realised I was serious. Unknowingly ,the damage had already been caused.

Four years after my graduation,all the guys I have dated are all either married men or chronic womanisers and I have never known peace ever since .

I had every choice to reject the married man after my discovery of his marital status but because of greediness,I sticked to him and destroyed his marriage.

I could feel the law of karma is at play here. I didn't do what I did deliberately but I seriously think I am being punished for my actions. 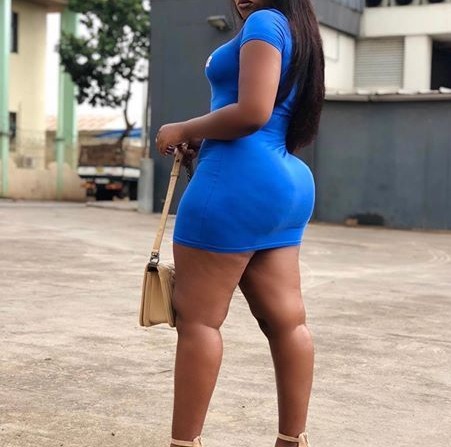