By GhanaianWatch.com (self media writer) | 5 months ago 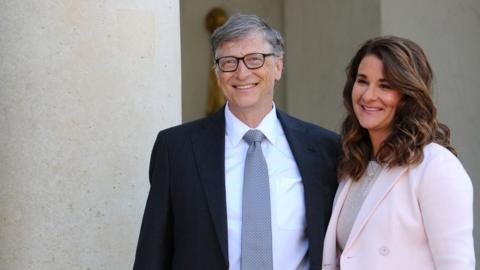 Our people say when we wake up from our bed to see a new day, but it happens that we are not inundated with new happenings it is a taboo.

That is why everyday we are bombarded with trends of events and happenings whether good or bad all over the globe.

Yesterday the world media were awashed with news about Bill and Melinda Gates are ending their marriage after 27 years.

Below are how some Giant international media reported the separation of the Billionaire couple.

Bill and Melinda Gates agreed how to divide their property and assets before announcing their divorce on Monday, US media report.

The billionaire couple, who have been married for 27 years, reportedly signed a separation contract outlining how their estate would be split.

But they did not sign a pre-nuptial agreement before their wedding in 1994.

The couple run the Bill & Melinda Gates Foundation, which has spent billions on charitable causes around the world.

He made his money through the firm he co-founded in the 1970s, Microsoft, which is the world's biggest software company.

The couple's estate is believed to include multi-million dollar properties in Washington, Florida and Wyoming. Their main residence is a lakeside mansion in Medina, Washington that is reported to be worth at least $127m. 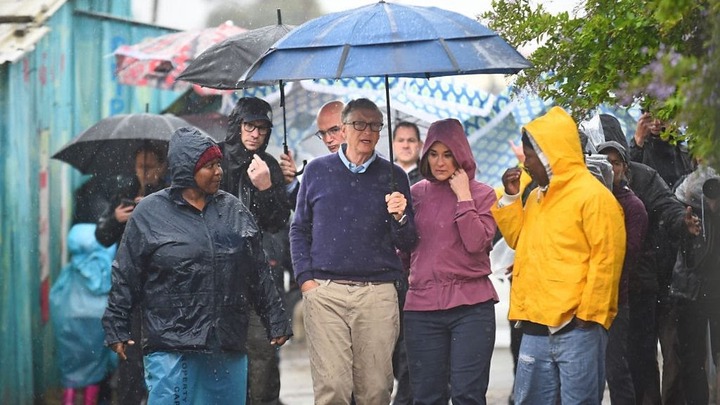 Bill and Melinda Gates are ending their marriage

Bill and Melinda Gates are ending their marriage after 27 years, the pair announced in a statement on their verified Twitter accounts.

“After a great deal of thought and a lot of work on our relationship, we have made the decision to end our marriage,” the statement reads.

The couple founded their philanthropic organization, the Bill and Melinda Gates Foundation, together in 2000. Since then, the foundation has spent $53.8 billion on a wide range of initiatives related to global health, poverty alleviation and more, according to its website.

“We have raised three incredible children and built a foundation that works all over the world to enable all people to lead healthy, productive lives,” the statement says. “We continue to share a belief in that mission and will continue our work together at the foundation, but we no longer believe we can grow together as a couple in this next phase of our lives.”

Melinda Gates filed a petition for divorce in King County, Washington, on Monday, asking a judge to dissolve the marriage based on the couple's separation contract. No financial details were included in the publicly available documents.

Bill Gates is one of the richest people in the world. His net worth was $137 billion as of February, according to the Bloomberg Billionaires Index ranking.

Bill, 65, and Melinda Gates, 56, met at Microsoft — which Bill Gates founded and was, at the time, running as CEO. She started as a product manager as the only woman in the first class of MBA graduates to join the company, and eventually rose through the ranks to become general manager of information products. 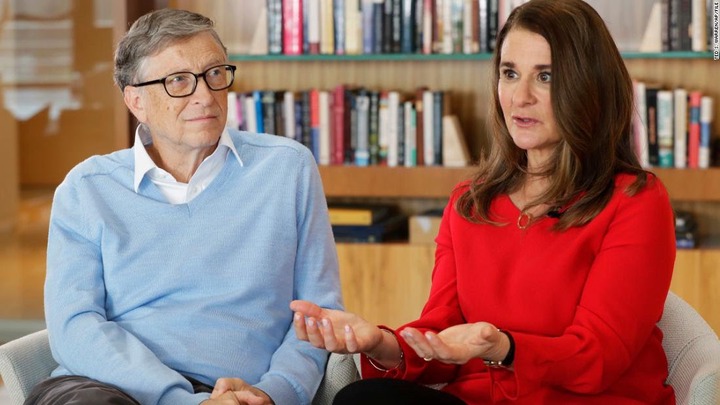 Bill and Melinda Gates to divorce, but charitable foundation to remain intact

Billionaire benefactors Bill and Melinda Gates, co-founders of one of the world’s largest private charitable foundations, filed for divorce on Monday after 27 years of marriage but pledged to continue their philanthropic work together.

The Bill & Melinda Gates Foundation has become one of the most powerful and influential forces in global public health, spending more than $50 billion over the past two decades to bring a business approach to combating poverty and disease.

The Gates have backed widely praised programs in malaria and polio eradication, child nutrition and vaccines. The foundation last year committed some $1.75 billion to COVID-19 relief.

In a joint petition for dissolution of marriage, the couple asserted their legal union was “irretrievably broken,” but said they had reached agreement on how to divide their marital assets. No details of that accord were disclosed in the filing in King County Superior Court in Seattle.

Bill and Melinda Gates’ $130bn divorce docs reveal SHE filed, marriage ‘is irretrievably broken’ and they have NO prenup

BILL and Melinda Gates' divorce documents reveal their marriage was “irretrievably broken” and the billionaire exes have no prenup.

The legal papers obtained by The Sun reveal that Melinda, 56, filed for the divorce, and said that the “parties are separated”.

Read our Bill Gates live blog for the very latest news and updates...

The marriage is irretrievably broken,” the documents say.

“We ask the court to dissolve our marriage and find that our marital community ended on the date stated in our separation contract.”

There also appears to be no prenuptial agreement, as the filing states that the only written agreement that relates to the divorce is the aforementioned separation contract.

Melinda does not appear to be asking for any spousal support from the 65-year-old Microsoft co-founder, who's said to be worth about $124billion. 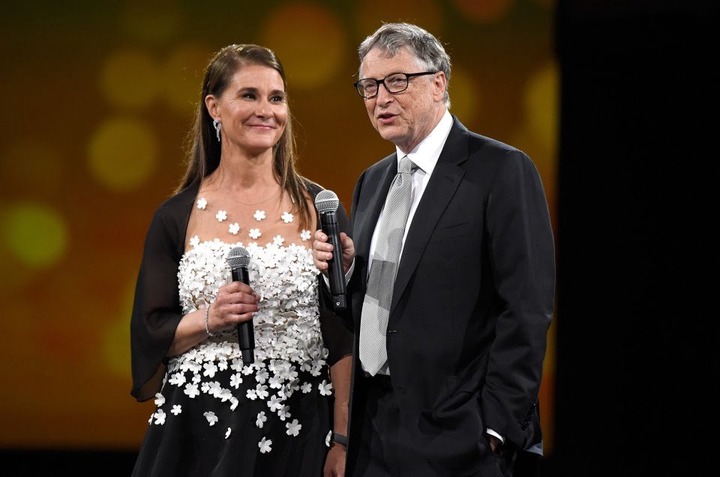 Divorce settlement remains to be seen, but here's a breakdown of Bill Gates' wealth

Bill Gates, co-founder and former CEO of Microsoft, and his wife, Melinda French Gates, announced on Monday that they plan to divorce after 27 years of marriage.

“After a great deal of thought and a lot of work on our relationship, we have made the decision to end our marriage,” the two said in a post on Twitter. “We have raised three incredible children and built a foundation that works all over the world to enable all people to lead healthy, productive lives.”

Of course, Bill Gates is one of the world's richest billionaires. Wealth-X, a global high net worth intelligence and data company, estimates his net worth to be at least $134.1 billion.

Though his success began with Microsoft, his shares in the company now only represent 19.6% of his wealth, which Wealth-X estimates to be valued at $26.1 billion. Much of his money is now tied to the Bill and Melinda Gates Foundation, but the exact amount hasn't been disclosed.

Guys, No need to stress yourself too much, attract women by just doing these simple things

After Reading This Article, You Will Think Twice Before Indulging In Fornication