Divorce Your Wives; We Didn't Vote For Them- Twene Jonas Wades Into Spousal Emoluments Saga 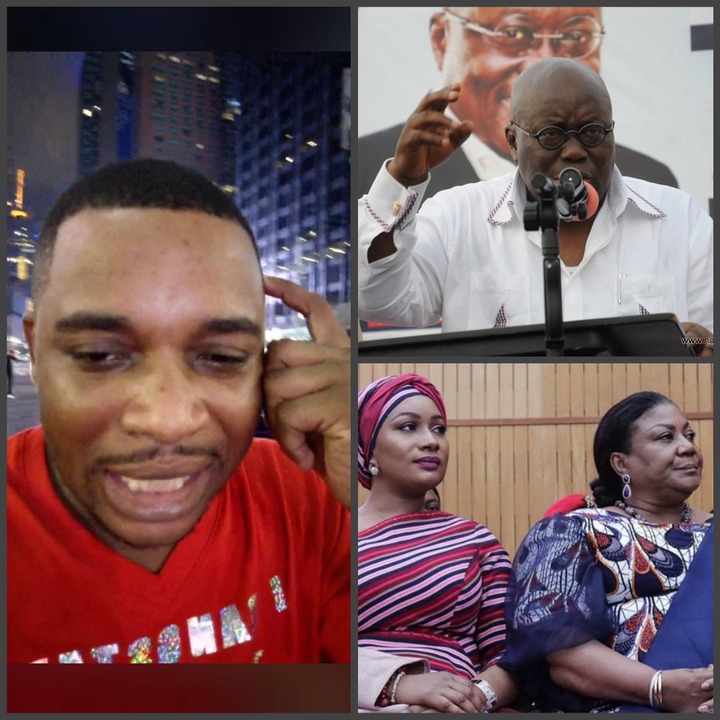 Twene Jonas has waded into the ongoing debate about the payment of allowances to spouses of the President and Vice President. According to him, it is ridiculous for the state to bear these cost given that Ghanaians never cast their vote for them.

He stressed that the recommendations to have the First and Second Ladies paid by the state is simply a waste of the country's scarce resources and at the expense of very important developmental needs of the country. Twene Jonas intimated that should it be that difficult for the President and his vice to have any problem sponsoring their wives, they did rather divorce them.

Twene Jonas in his latest video broadcast from New York City lamented that President Nana Addo had messed up far more than Mahama did to the Ghanaian economic management. He warned that the resources of the nation is not for the politician to be harvested for themselves and their wives.

“You messed up more than Mahama. Did we vote for your wives? If you can’t fend for your wives, divorce them. Ghana is not your cocoa to be harvested,” Twene Jonas stated.

He turned the 'heat' a bit more on President Nana Addo and the Finance Minister, Ken Ofori Atta for having engaged in 'wasteful' expenditures such as securing the $28 million loan for the procurement of vehicles for members of parliament and the council of state members. He argued that existing fleet of vehicles with the MPs and other actors in government are in good state and could be used for extra years.

He noted that until there are pressing needs such educational infrastructure, health among others, there is no need securing a loan for vehicles.

“People are struggling and you are there wasting money. Children don’t have desks to sit on at school…the fire service don’t have logistics to manage accidents, and you going to spend $28 million on V8 for politicians."

Twene Jonas warned that until our leaders begin to reason, and correct their mistakes he is not going to pardon them. He mentioned that none will be forgiven for being wasteful.

“You can’t continue this way, and I am not going to let you. I will continue criticizing you till you change."

Twene Jonas reiterated that the nature of development in America and Europe is nothing that Ghanaians can't have, if the leaders begin to work for the people as they should other than exploit the resources and deprive them.