After a rich woman revealed the things she can not change after she gets married, men were ashamed

By Auntykuma (self meida writer) | 20 days

Men were embarrassed after a rich woman revealed the things she will not change after she marries. In Ghana, most women adopt their husband's family name when they get married. It is regarded as tradition for wives to take a man's name after marriage.

While the concept of taking your husband’s last name is ingrained in our culture and viewed almost as a right of passage, it wasn’t always customary. The practice of assuming your husband’s name was birthed in a deeply patriarchal society, and centuries later, the tradition still stands. 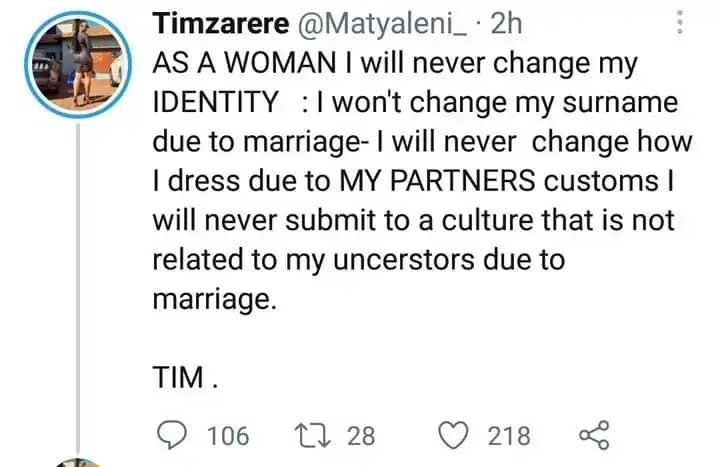 After describing all she will never change after marriage, a wealthy woman embarrasses the men around her. Timzarere, a successful businesswoman, is also known for encouraging people on Twitter by showing off her wealth.This means that Timzarere will not be changing anything about herself after she marries - not even her appearance, surname, or cultural heritage!

Because of marriage, I will never lose my identity as a woman. In the event of a marriage, I'll never change my name. A new partner's culture will never force me to alter my style. Males flocked to the comment area to express their views on this issue. In their minds, this woman was doomed to remain alone for the rest of her life. 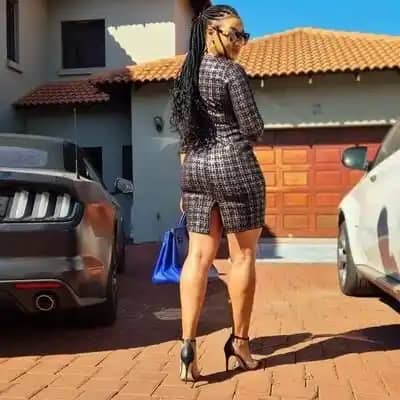 "That's why you're single." a young man in embarrassment remarked. Most successful women, according to some men, have a tendency to be manipulative and dishonest.

According to a dissatisfied male, men do not want to be involved with successful women.