By Auntykuma (self media writer) | 18 days ago

Even though human-animal marriage has only appeared in methodology and fiction, today, there are numerous cases where people marry their pets or other animals. There have been cases of people marrying dogs, cats, cows, dolphins, and even frogs. 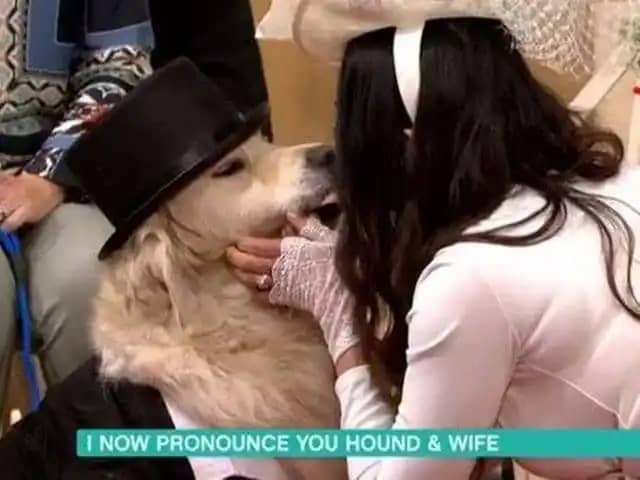 It’s totally understandable for people to be disappointed in the dating world, but one woman was so let down by men that she swore off her own species and found shelter in the unconditional love and loyalty of her dog. 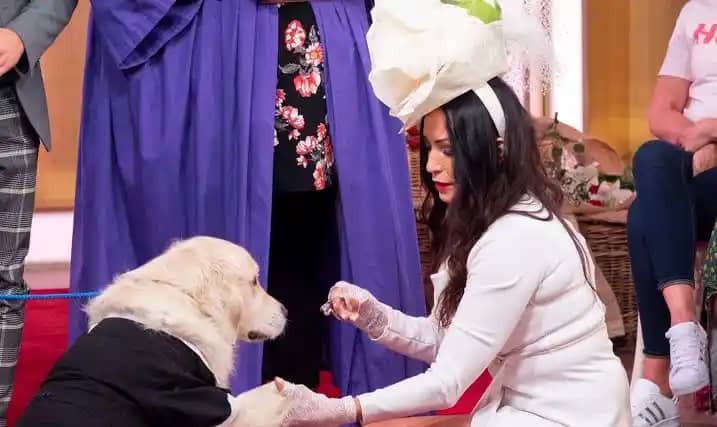 The woman, Elizabeth Hoad, decided to dedicate her love and life to her golden retriever by saying the monumental “yes!” After 4 broken-off engagements and over 220 dates, she simply couldn’t find the right man, and instead, found her fortune in her beloved dog. 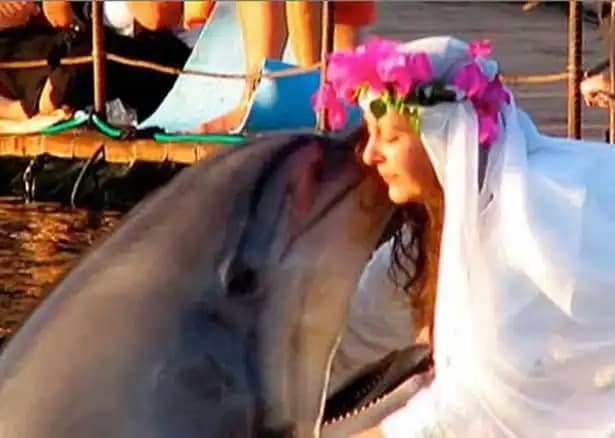 Sharon and her husband dolphin

A rich British lady named Sharon Tendler had decided to marry a dolphin. Sharon was married to a fish, and they had a lavish reception to commemorate the occasion. Sharon allegedly spent millions on her wedding ceremony, according to rumors. 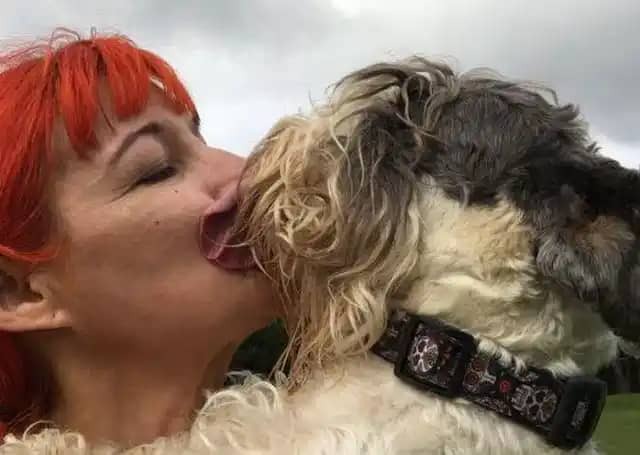 Morgan and her hubby having fun together

In 2009, this 43-year-old Northern Irish lady chose to marry her dog after falling in love with him. Henry, the dog, was described as faithful by the woman who owned him for been loyal and not cheat on her. 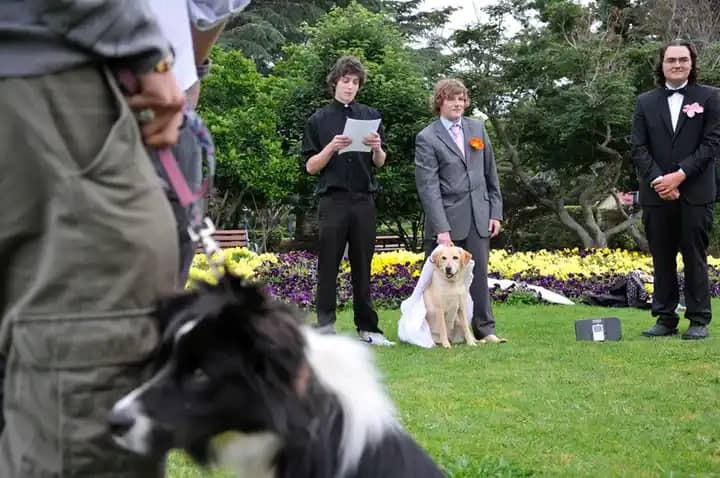 Joe Guiso wed his five-year-old golden retriever, Honey, in a park in the Queensland town of Toowoomba. The groom donned a formal grey suit while the "bride" wore a flowing veil-like cape attached to her collar.

What are your thoughts about these people what do you think is cause of people marrying animals when they could marry their fellow human beings. Would you marry an animal because you are scared of your partner cheating and lying to you.