By SamColeNews (self meida writer) | 11 days 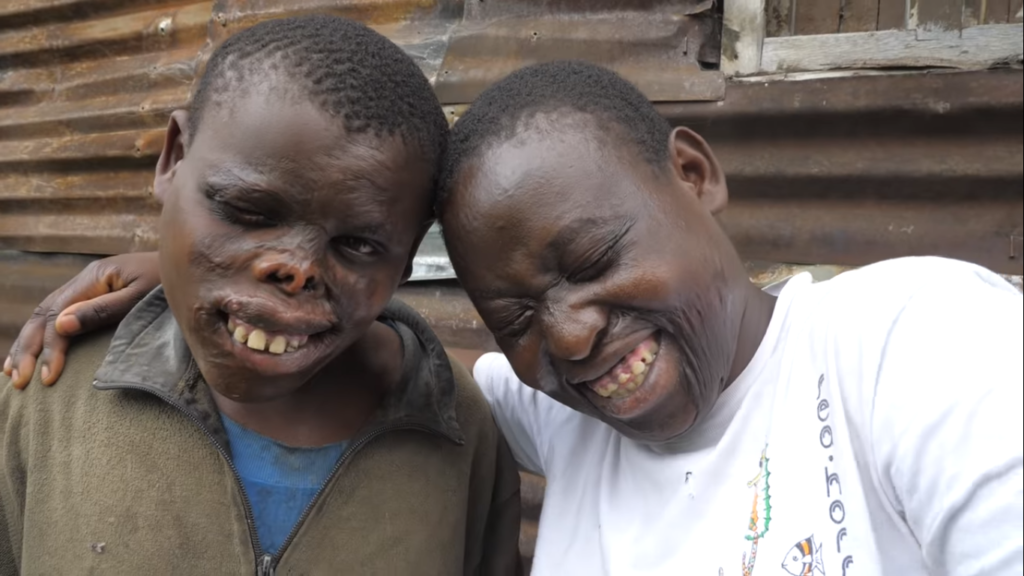 There is nothing greater than true love. As true love never fails and does not see any condition in the one it yearns for. Sometimes, others love for a fellow human will stand on a higher peak and reduce when things begin to go bad when circumstances set in, but that was not the story of Joseph and Ellen. This article is about the story of these two disabled people whose condition made them fall in love after surviving a terrible accident that almost took away their lives. People call them the burn survivors couple and others call them the world's worst couple.

Joseph and Ellen are two couples who love each other very much irrespective of their disabilities after involving in a terrible accident. Though each encountered his or her accident on a different occasion that was not a barrier for their love for each other to spark. Before they fell in love, they did not know each other and had their burns already. Even though Joseph's encounter with his accident has disfigured his face and does not make him attractive for other girls to fall in love with, but Ellen saw something beyond Joseph's condition. Joseph and Ellen believe had in mind that for them to be well accepted by their fellow human beings, they had to look for people who look like that. They kept leaving in this kind of way until they met each other.

This couple was born like anyone else. According to Ellen, when she was born she did not manage to grow up in a normal life with her family. At a younger age, Ellen's parents were murdered which means that they did not bring her up at all. She kept looking for her daily bread on the street and later, her family members agreed on a family to take care of her. Little did they know that this family did not like the idea of adopting Ellen. They kept being rude to her and a few days later, they threw her out of the house saying, taking care of her was of no use at all. Ellen went back to the street to continue looking for her daily bread.

From how Ellen speaks and loses concentration, people in her community say she is living with trauma as a result of her parent's death. She cannot say anything straight, so it requires a lot of attention when listening to what she wants to say when having a conversation with her.

After a long time of Ellen being on the street, she finally met a woman who had been looking for her for a very long time. This woman's husband had gone to Ellen's father and they both got murdered by hanging. When she heard that Ellen had survived, she was very eager to adopt her. She took Ellen to her place to share the same home. Ellen became her daughter from that day.

Ellen started going to school but the woman that brought her in was poor. This was far better than she is on the street and Ellen appreciated that very much because though the woman was poor, but she was rich in heart.

Ellen was always infected with diseases and was always going through a lot of pain when she saw other kids with their parents, but there was nothing she could do about it, and before she knew it, she was infected with epilepsy. The first time her mother took her to the hospital, they were given few pills they hardly healed her, but she used to fall a lot of time. Her mum used to pick her home and sometimes take her to the hospital until she is all fine.

Ellen came back from school one afternoon very hungry. There was no one in the house and decided to cook food. Whiles, she was cooking, she was attacked by epilepsy, and she fell into the fire and her body got burnt to the extent of affecting her eyes. Later, a passer-by found something burning and rushed in to check only to find Ellen in the fire burning. She was rushed to the hospital. Upon examining her, the doctors found that it was not only her face that got burnt but also her chest and thighs.

Ellen thought the world had come to an end for her because she completely thought no guy will fall for her because of her disability and started looking for people who looked exactly like her. Ellen decided to stay indoors since a lot of people kept looking at her and asked her a lot of question but later, she accepted who she is and moved on with her life. According to Joseph, growing up was a little challenging though he did not go through what Ellen went through. He grew up with his parents and both are still alive but the problem they have is their extreme level of poverty. He also fell into the fire and was rushed to the hospital for treatment. Likewise, he came back from the hospital and realized that things had changed because of how he looked. He also thought that from the way he looks, it would be very difficult for a normal lady to fall in love with. Every girl he ever talked to, rejected him at first sight. He decided to look for people who have been in his situation before and have the same disability.

Ellen and Joseph met, and it was a dream come through for them. They both fell in love and had confidence that their relationship was going to last because none would reject each other. They made it a serious relationship because they believed that they deserve each other. Joseph thought Ellen to be proud of herself and be happy she has life. He encouraged her to go out and live normal like anyone else irrespective of her disability.

People become surprised anytime they see them together. Some call them names and others call them the world's worst couple but their confidence and determination keep them going. 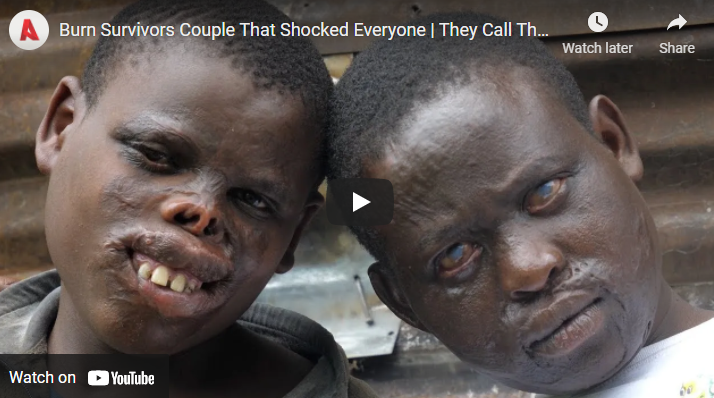