Facebook Founder, Mark Zuckerberg Gets Over 113,000 Comments On His Marriage Anniversary Photo

By BuzzingSpank (self meida writer) | 24 days

The Chief Executive Officer and founder of social media platform Facebook, Mark Zuckerberg has been receiving messages over his wedding anniversary. 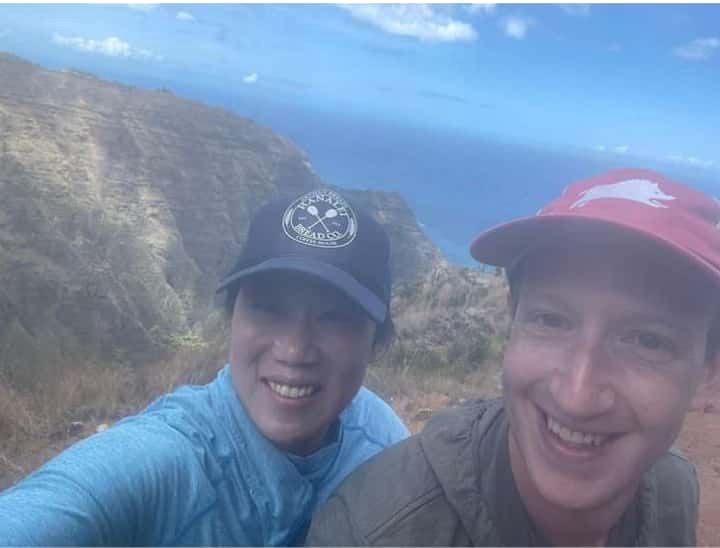 The young billionaire received well over one hundred and thirteen thousand (113,000) comments, over four hundred and thirty thousand (430,000) likes, four thousands shares and counting in just over an hour when he posted the anniversary photo of him and his wife, Priscilla Chan together at a national park.

Mark posting through his official page noted his disbelief that by next year him and his wife would have been together for half of their lives. He also noted that they were in an anniversary hike at the national park.

But how will the tech guru be able to read well over 113,000 messages would baffle someone. However, not all the messages were felicitating with him as some people use the opportunity to criticize him over some policy of Facebook.

However the Forbes list billionaire has 116,585,109 followers on his page and having over 113,000 comments seems like a child's play to him. Though he can't reply all of them but he did replied some. 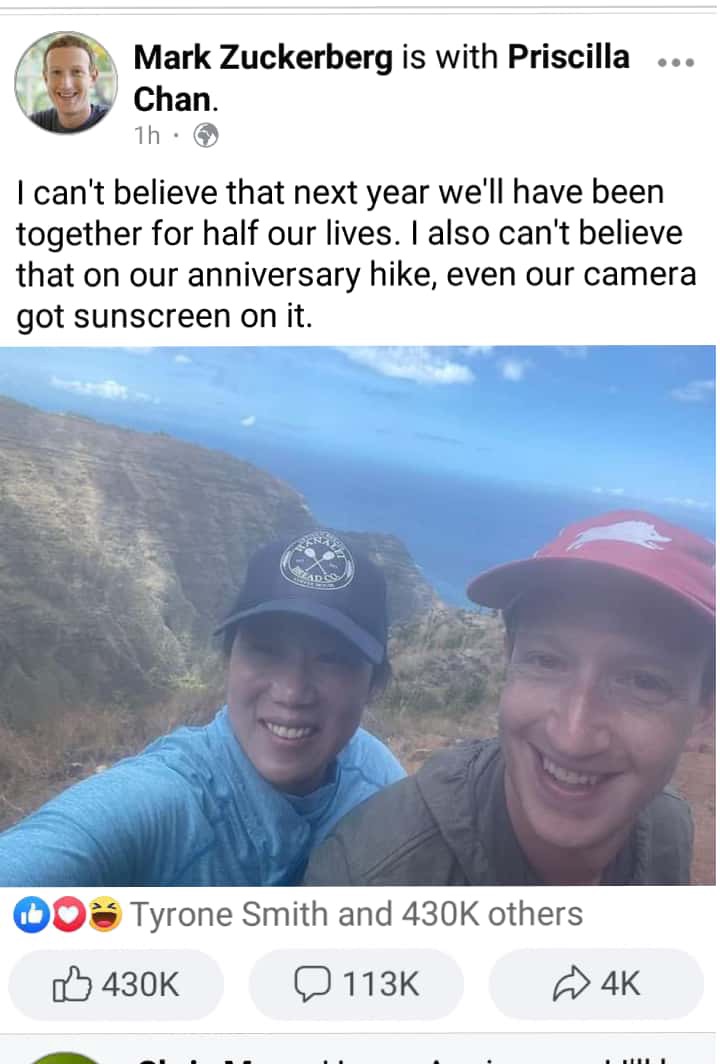