I felt he was too soft and loved me too much. I wanted someone to dominate me until this happened.

By jinxpalmx (self meida writer) | 20 days

As a lady, as I grew up in the face of life and family, I was a quiet one and it was very hard to have any word slip out of my lips or hear me talk. I didn’t even notice I was beautiful; I was mostly in cardigans or loose attire and I didn’t care what any one thought about me or their opinions concerning my life.

I have always been caring and I always end up hurting most at times. I used to keep myself going on with motivational quotes like, "people with good hearts always end up hurt" and "don’t ever stop being good for you don’t know when someone needs you most".

He was surprised himself and I understood the look on his face. He was really cute and a perfect projection of the Korean stars I have been watching. I wanted our relationship to be sweet and Elijah was that.

I was in Heaven when we barely argued. We had ice cream and would go out on a regular basis. He corrected me ever so nicely when I was wrong and didn’t make any big deal out of it. I kept enjoying his company and I knew this relationship would go far.

3 months into my relationship, I felt that this relationship was too good to be real and it only happens in movies. I sometimes felt he was hiding something from me, but he kept reassuring me every time. Sometimes, he would even screenshot or give me proof of what he was doing and I was still not satisfied.

I think my insecurities got hold of me. I felt he was too soft and loved me too much. I knew it was only ladies who would be all over a guy in a relationship, but this time, it was quite the opposite. I needed space and he realized.

We were apart for some time and I still felt weird about our relationship. I then saw that I didn’t like soft guys and I wanted one who would shout at me when I’m wrong, someone to dominate me and not just any soft guy who loves me too much.

We broke up so easily and I could remember, for the first time, he cried like a hungry baby. Actually, I didn’t care, so I went my way. I didn’t hear from Elijah again for like 2 years.

I missed him. I needed to see him. I had already been in a relationship with one of Elijah’s friends, who I found dominant. He was too rude and didn’t even care what I wore and wouldn’t even check up on me the whole day or even two days until I called him.

He had anger issues and slapped me at a point, which brought my sense back to Elijah. I desparately searched for him but he had changed his line. I finally remembered I had his email and I had to send him a text.

He replied a week later to which he asked why I had contacted him. His words read as "What are you doing in my mail? I hope you are not expecting a comeback". This broke me. I stirred at the message for about an hour, not even having the thoughts or words to reply.

I began apologizing. He sent me his location immediately and I went to see him that day, but he was at work. I booked a hotel and we met the next day in an expensive restaurant. I booked it myself. He was still cute but with a beard now. I didn’t talk and he complimented my looks. To be frank, I was well dressed for the occasion so as to get his attention.

I was really glad he hadn’t lost his sense of compliment and I knew this could work. He asked why we were meeting and, in my thoughts, I was shivering like sitting behind a paper I hadn’t prepared for. He stood up to leave, saying I wasn’t saying anything. 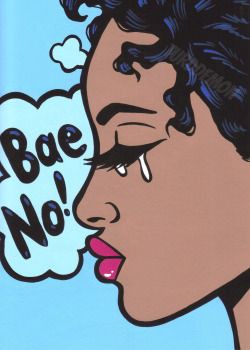 I begged him to stay, but I saw a ring on his finger which broke my heart even more. I made my point straight that I wanted him and that I was wrong to have left him. He didn’t utter a word. I knew my Elijah had changed. He stood up and I thought he was leaving only for him to hug me.

He told me he wanted to hang himself, but he couldn’t just die when I left him. I asked him about the ring and he said that he uses it to push other ladies away and that it was nothing serious. I spent about the next three hours crying and apologizing.

Long story short, we are marrying in three months' time and I’ve learnt my lesson. My dear ladies, if you get a man who loves you and you feel you can love him back, return the love. Good men are hard to find.

Don’t be self-centered with talks of "I don’t want a soft guy and I want a dominant guy". "e go over you if you try". That is my little advice for you my ladies.

Content created and supplied by: jinxpalmx (via Opera News )