Interesting - How I found my strength back after cheating on my Husband, lady reveals.

By https://lordnewz.blogspot.com/ (self meida writer) | 20 days 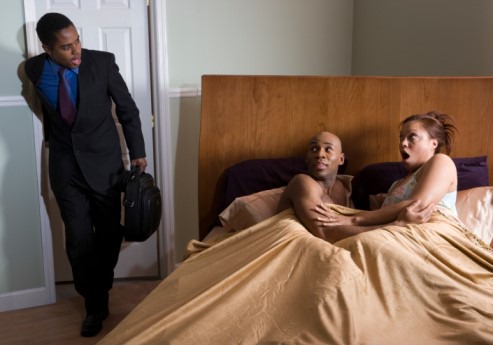 My husband worked in another town and only get to see ourselves when he has some days off or during holidays. It was like that for four years in our marriage and we had no problems.

Later my husband got promoted and his new position demanded more from him that he wasn’t able to come home like he used to. I had to be the one who started visiting often and even with that, I couldn’t spend much quality time with him. He was always at work, even on weekends, and came home very late at night.

I started having a deeper conversation with a gentleman in my office. His name was Rockson. Rockson had a special way of delivering his messages especially when he thought I look beautiful. He would leave a note on my desk saying. “You look splendid today, wish I could watch you all day.”

It was unsettling at first but I grew used to it to the extent that I would be looking around to see if I could find his note but somedays I did find and sometimes nothing.

We took it a little further. we started going out after work and had meetings on some weekends.i was so sure I wasn’t going to date him since Rockson was also a married man with his wife working outside town. I was drawn only to him because of his kind words.

One weekend, we had our usual outing till it was very late in the night. on our way home, what I dreaded most happened. It happened in his car on a deserted road. It was as though I didn’t have any defenses, I didn’t say no and I didn’t play hard to get either. It just happened, we had sex in his car.

The guilt afterward was so strong I thought I will die of shame. I struggle to talk to my husband on phone and when he is around, I couldn’t even look him in the eye.

I and Rockson tried avoiding each other at work, we tried all we could not to talk about what happened but some weeks later Rockson apologized for what happened and we got talking again. We started our outings again and it happened again.

Somehow, I wanted him to be the one to leave me but he kept coming and I kept giving in until one day I found my strength to say no to everything. I insisted and asked him “ For how long are we going to continue doing this and to what end?”

Rockson had no answers and that day became the turning point for us.

I resigned to my guilt and decided to deal with it my own way, I feared it will come out someday if I did tell someone.

One morning, my husband called. “I will be coming home tomorrow, we need to talk.” What does he want to talk about, has he heard about Rockson and i? I quizzed. The “we need to talk” part got me traumatized

He came and we talked, it was something worse than my fears. He had fathered a child with another woman where he is working and thought I should know about it. He said, “I knew someday it will come out but I want you to hear it from me and also ask for your forgiveness.”

I was stunned or should I say was broken? I can't even remember my feelings very well that day but it was something worse than broken. I asked him for some time to process the whole thing and know what to do.

As days go by my conscience keep telling me. “Don’t pretend to be a saint. you are also guilty of infidelity just that you were not caught.”

I forgave my husband and asked that we make changes to the way we live as couples. Some months later he left his job and found another job closer to we live.

The child now lives with us. Sometimes I look at him and get angry but I can't make him responsible for my husband's infidelity.

I have learned to forgive and live in peace with both of them.