By Auntykuma (self meida writer) | 22 days

A Gabonese businessman and entrepreneur has gained attention on social media after he married four wives at once in Libreville. A businessman identified as Mesmine "Abessole Kether De Bonagere" has married four women at the same time in Gabon. 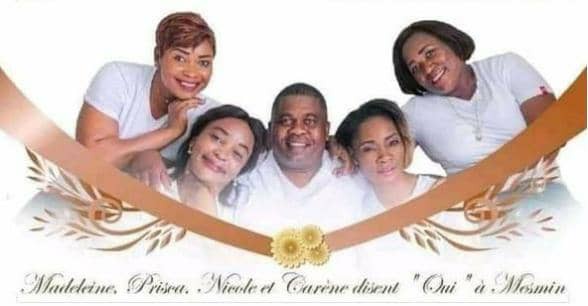 Polygamy has declined in the last decade but remains common in West Africa. For example, 33% of women in Ghana reported that their husbands have more than one wife. 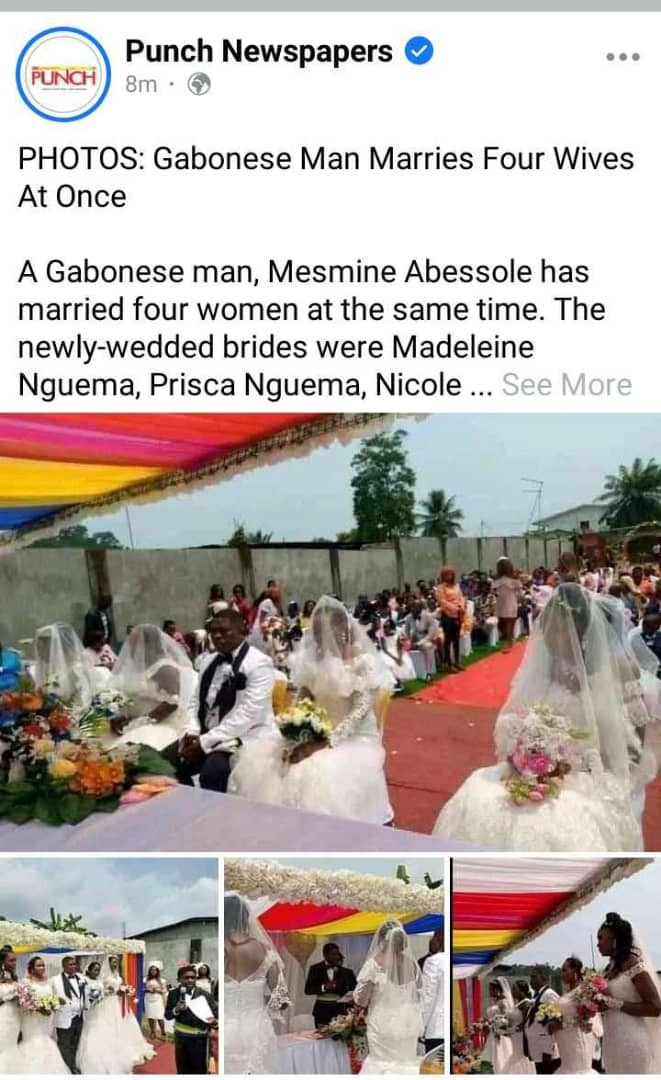 In most West African countries, polygamy is also recognised and regulated by the civil law that allows a man to marry up to four women under certain conditions, including the financial capacity to support multiple wives and families. In practice, a polygamous union is in most cases limited to two women per couple. 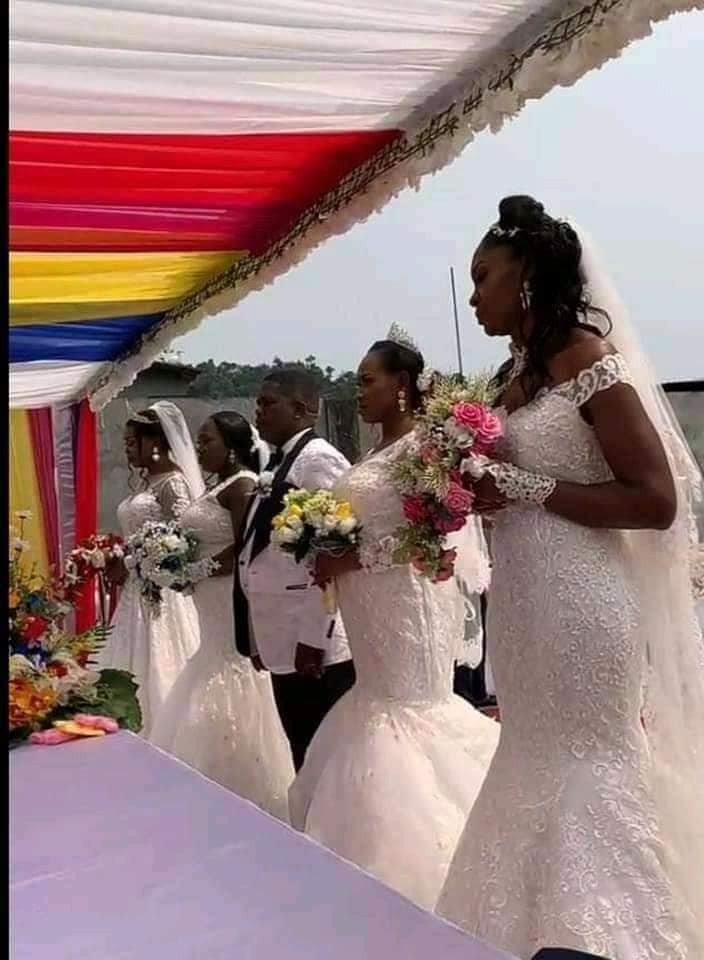 Although the Old Testament describes numerous examples of polygamy among devotees to God, most Christian groups have historically rejected the practice of polygamy and have upheld monogamy alone as normative. 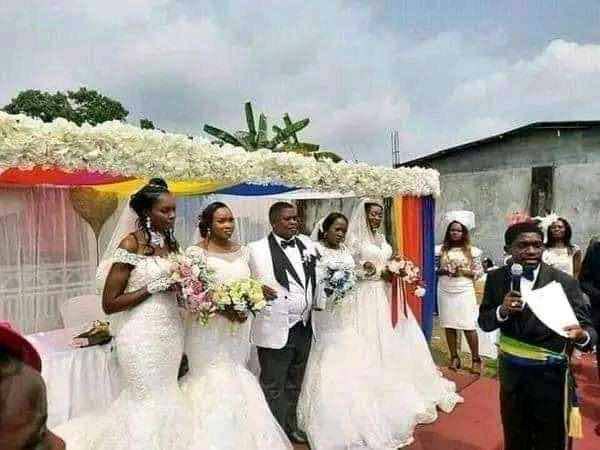 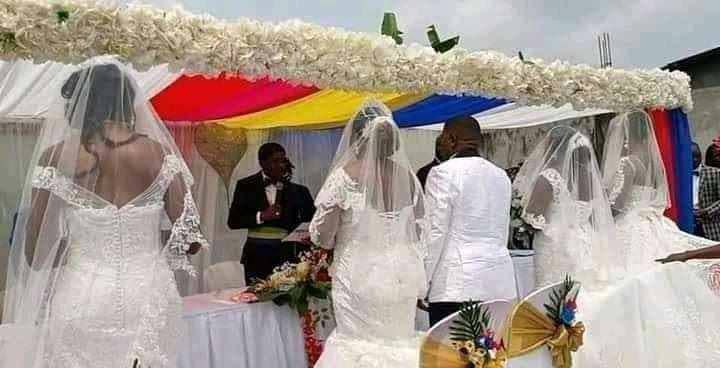 When a man wishes to marry many women, he usually does not do it on the same day. He usually chooses a new wife as time passes, but nowadays, men marry multiple women at the same time. They don't give a damn what the rest of society thinks; they do it to save money on occasion. The funny thing is that the spouses are well aware of what is going on; they are not coerced or duped into marriage.