If I die, your judgement killed me - Twitter Girl speaks

By SbOrlando (self meida writer) | 1 months 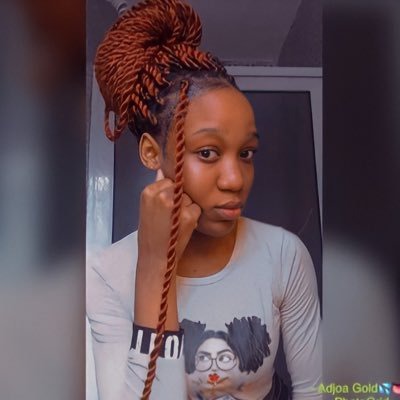 It all started when a Twitter guy had sex with Annie and took naked pictures of the girl, he kept it until he and Beno Sarkcess had beef. He decided to drop the girl’s naked pictures so he could win the beef easily not knowing it’s going to worry him.

3 days later Beno Sarkcess came to explain what really happened by saying “Firstly, it got interpreted that Annie, cheated with Piano, and that, but the main issue is, things became complicated for us, we both had no idea how it was, we had intermittent breakups.

Due to this, my former friend, Kwadwo Piano was also a very good friend to Annie, had conversations which I was aware and if anything happened between them, it’s because our relationship became complicated and she thought there wasn’t the possibility of us fixing things. None of them are to be blamed for whatever happened between them, girls are easily emotionally attached, she never had any intimacy with Kwadwo Piano whilst we were still there, hence she is not “cheap” as you see critics complying.

Now, the only thing that has messed everything up is the dropping of those indecent pictures. The girl trusted Piano and so whatever that happened between them, never relates to her cheating on me, she never cheated and so, there was no need in proving such barbaric act.

I therefore want to use this opportunity and platform to explain to everybody and let you know Annie is never a bad person as it’s circulating and she is never a slay queen.

Secondly, she is never pregnant as initially stated by Piano prior to a test.

Annie is a good person and now I will urge you all for your prayers and support to her during this unfortunate period, she needs them.”

They later made it police case and Kwadwo Piano deactivated his Twitter account and also switched off his phone just to run away from the police. The girl (Annie) joined sneaker nyame’s space on Twitter this evening trying to explain what really happened but one guy called Odurose said what the girl is saying isn’t true she’s just lying.

So they went back and forth which made the girl so sad so she made a statement saying “I am the first to cheat or whatsoever,I am the first to sin on earth so go ahead and judge me!! You all been bias with me...if i die your judgement killed me!!!!”