I Thought I Married A Faithful Wife, But She Was Doing All These Behind Me.

ItI'm a 33-year-old young man who is shy around women, but when I saw my wife, I knew she was the one, so I confidently told my intentions to her, and while she was initially resistant, she eventually accepted me. I met her at university when I was 28 years old, in my final year, and she was 26 years old, in her second year. 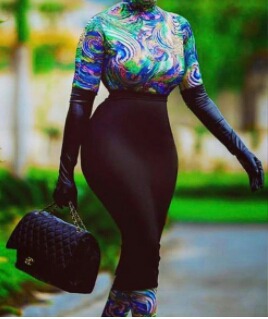 We started dating at university, and I soon fell in love with her, and she eventually did as well. However, three months into the relationship, she started to exhibit some behaviour that suggested she was concealing something from me, but when I asked her about it, she said it was nothing until one day I saw her standing with a certain guy in a position I couldn't believe, they were hugging in an intimacy way.

When we met later that day, I told her what I saw, and she told me, through tears, that he had been her ex before I met her, and that he had been pestering her for them to get back together ever since she and i got together, and that when I saw them, she was just asking him not to see her again.

I trusted her and let go of the issue. But first, I told her that I didn't want any secrets between us, so she should tell me everything, just like I did when we first met. That's when she revealed that she had been in a relationship with another man prior to that one, but that I shouldn't be worried because they were both in the past. We put it behind us and moved on because I love her. I finished school and went to work while waiting for her to graduate, and then we married. All was perfect for us, as we were happily married with a handsome baby boy.

We were having dinner one night when she got a call; she didn't answer it, but it kept ringing; I asked who was calling, and she said no one, so I let it go. But one day she left her phone to go and bath and she received a text message on her phone. I took it and read the messages, which were from one of her coworkers.

According to the texts, my wife and this married man from her workplace have been planning on having an affair and they were discussing how they can get away with it.

When I showed them to her, she apologised and said she wasn't going to do it. If I hadn't seen it, I told her she might have done it. She asked with me to forgive her. I love her, but I'm beginning to suspect that this isn't the first time she's betrayed me that she's done it before.

But because I love her, I don't know if I should forgive her or not.