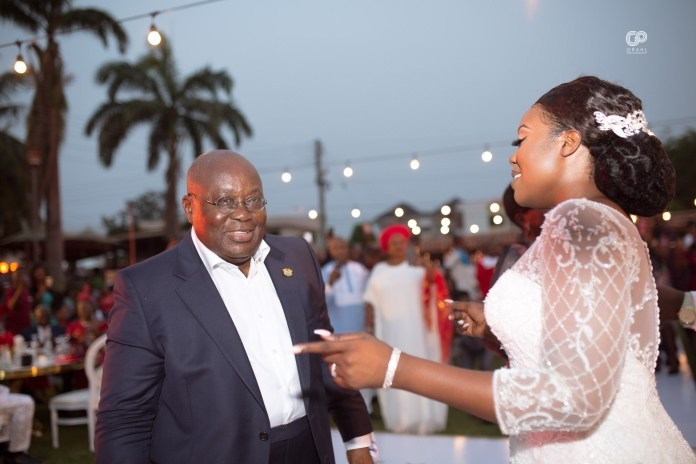 In this world, levels dey oh! For instance, one would have thought that, GLRY was all, but in fact, even in the Bible, the word says that, "from glory to glory."

Just as there is the Kennedy Agyapong wealth that can talk and threaten and boast of being "fuxking rich," there is the likes of Dangote who we have never heard him swear before, but aside reading of him topping Forbes Magazine's list of wealthy Africans, I also see hundreds of his big tractors, loaded with his own cement brand. Let me leave this example alone, before "beating mercilessly" is called for me on his next "fire" sessions on radio. 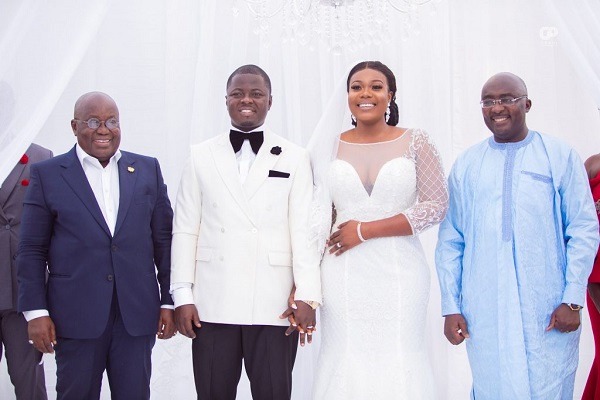 Well, at a wedding I once attended, the couple were generous enough to share "Adinkra" meat pie, with Malta Guinness and it sure did quench my thirst. Whereas I am yet to visit any wedding at Royal Senchi, where some of the luxurious and most expensive weddings are held, trust me, this wedding I am writing about, is far extraordinary, than any of these.

As this wedding, brought all of Ghana's top leaders. This wedding was between Kofi Baah Agyepong, who tied the knot with Rebecca Bencah, in a lavish and obviously luxurious ceremony at the plush Villa Victoria, Westland in Accra. 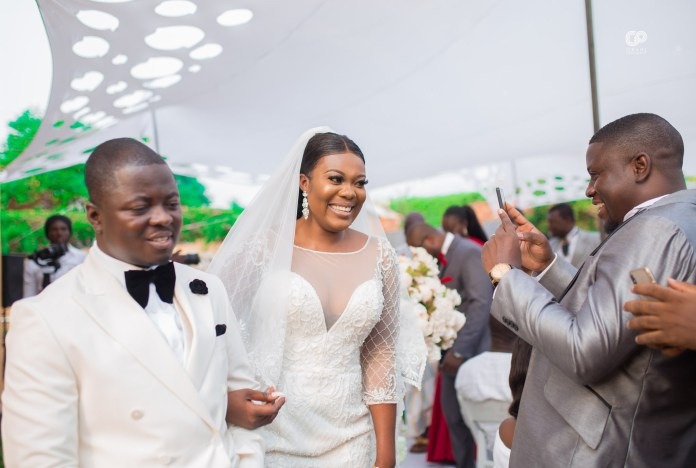 Even before you start to compare why you didn't even see your big Boss at your wedding, whom you had asked to be the Chairman, please take heart, as apparently, the groom in tis case, is directly connected to the current Nana Addo led-government.

The groom, Mr. Kofi Baah Agyepong, who is largely unknown nationally, is the Deputy National Communications Director of the ruling New Patriotic Party (NPP) in Charge of Operations, and hence, maybe, this is why, he attracted all the "crème de la crème" of the country, just like Sir John's funeral did. 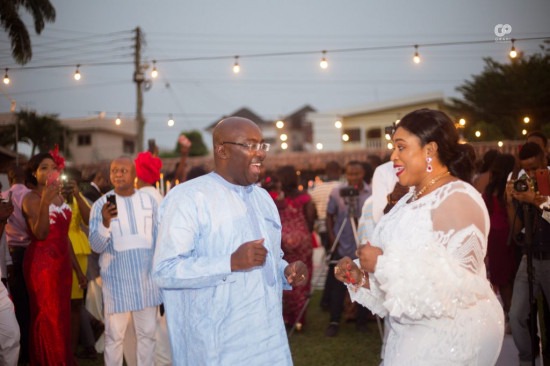 The beautiful ceremony which was strictly by invitation was attended by close friends, family and political figures in the party at the Villa Victoria in Accra, as the colorful ceremony, was witnessed by the President, H.E. Nana Addo Dankwah Akufo Addo and the Vice-President of Ghana, H.E Mahamudu Bawumia; was virtually a who-is-who affair in the top echelon of the ruling party. 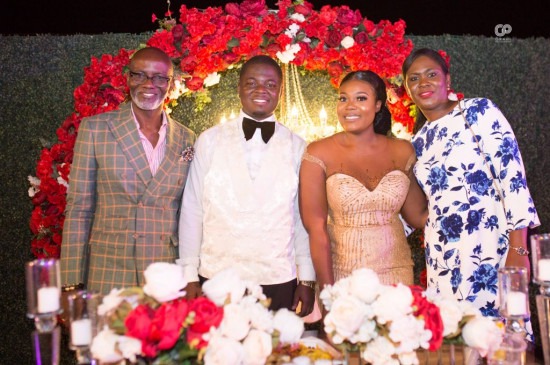 Whereas this marriage happened in January 2019, the groom, just yesterday, received a top appointment from the President, H. E Nana Addo, as the President, Nana Addo Dankwa Akufo-Addo, on 26th July 2021, has appointed Mr. Jefferson Kwamena Sackey and Mr. Samuel Kofi Agyapong as Deputy Directors of Communication at the Presidency.

He previously attended Kumasi High School between 2000 and 2002, where he obtained his senior high school certificate. As a qualified, university-trained journalist, Agyapong was a prolific writer for the Graphic Sports newspaper in Ghana and the Guardian in the UK, he is also a member of the Public Relations and Communications Association (PRCA), which is the world’s largest professional PR body.

Hot And Curvaceous African Models That Will Stir You Up