By Undergroundnewsgh (self media writer) | 2 months ago

You liked her at the start because she was fun, she made you smile, she got on well with everyone, and life was simply sunny around her. However, now you’re officially an item, your flirty girlfriend is becoming a problem. There are some very common reasons why women flirt with other guys. Below are five possible reasons why your girlfriend might be flirting with other guys so much even though she is with you. 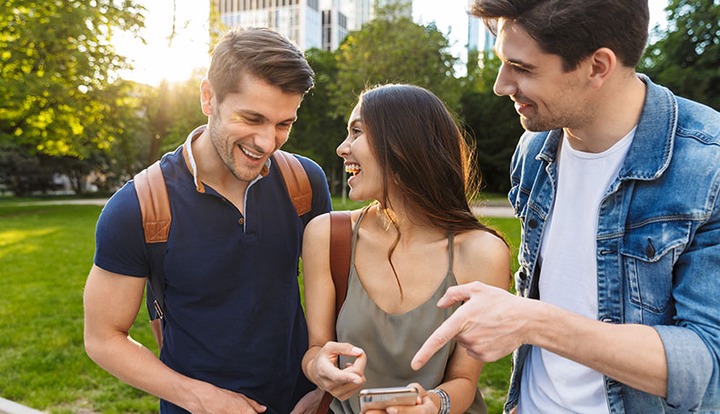 She’s insecure. A lot of women who feel the need to flirt with other people even when they’re committed to someone have some insecurity issues. By flirting with other people, they’re being reassured that they’re attractive enough for someone to pay attention to them.

She just wants the attention. Some girls just want more attention than others. This also goes hand-in-hand with being insecure. However, that’s not always the case. When your girlfriend flirts with other guys, maybe you should consider whether she does it to feel good about herself. Or, she might just be the type of girl who always wants to be the center of attention. And how else would she get that male attention?

Maybe you’re not flirting with her enough. If she’s not getting what she needs from you in terms of flirting, she’s going to look elsewhere to get it. This doesn’t mean that she doesn’t want you in general, it just might mean that she wants to get her flirt on and you’re just not flirty enough for her.

She might like to see you jealous. Some girls like to see that their man cares about them. One way they can do this is by making them jealous. To some women, jealousy means that you care enough about them to get upset by the sight or thought of them with someone else. If you’re not very verbal about how much you care about her, she might be flirting to see just how much you actually do care. If you’re more open about your feelings, she’ll probably flirt less.

She might want you to break up with her. As horrible as it sounds, the truth is that some women use this tactic to try to get you to leave them. A lot of times, this is due to their inability to break up with you. If your girlfriend flirts with other guys to get you to end things, she’s nothing short of a coward, and you’re better off without her. She could feel trapped and unhappy in the relationship but just doesn’t know how to end things. So, she uses flirting as a way to get you upset enough to leave her. It’s a sad thought, but it could be the reason your girlfriend flirts with other guys.