Hear The Story of Kwamena. Such an inspiring one!

By Ms.Penny (self media writer) | 1 year ago

Fairly did I know that life has two sides; the ugly and the beautiful, the bitter and the sweet, the bad and the good. Come to think of it, when couples are exchanging their vows, they clearly admit and accept to stay by each other in both the crisis and the niches of life till something called death do them apart. I knew all these because living in the city made me witness the upgrade and downgrade of some people but the mistake was, I saw myself as never a victim. What would ugliness do with me when God has bathe me with beauty even as a gentleman. Again, what does bitter have to do with me if I always had my sweet P. K chewing gum in my mouth, and the bad? Forget because, I lived an upgraded version of a black and white life.

I am just Kwamena and I used to live a hard knock life. I lived in the city but I come from a village called kyikyis)s), it means a transition from the ugly to the beautiful, from the worse to the better and from the hard to the best life one could ever imagine. Our Chief, Opanyin Kafra was a good man. I always say that it was because of my beauty that he called a village meeting to contribute money to send me to the city to find work and reciprocate the help, nevertheless, my mum also bragged with the idea that she is too much patriotic. I wonder, if my dad were to be alive, what he would have bragged of. May his soul rest in peace.

The first day I got to the city, don't try to think of it because, it was horrible. I greeted everything I saw and could stand and stare at a billboard, then I never knew what it was called, till my saliva touched the ground. I remember one instance where someone shouted, " hey, bulldog". I felt so happy, at least, someone noticed my presence. I got near the person and I called him bulldog. He was about hitting me and he said, "oops, I would like to hit you but I don't hit animals". Everyone present started laughing and I laughed too. They looked at me strangely and hysterically, they laughed again. There I said pointing to the billboard, "me, want, go top some, my face, big, another, bulldog, see, happy. My mother happy and Opanyin Kafra happy too". You can imagine how confused they became and looked. But one had time for me and tried to understand, he made me repeat my words and in a much more slowly manner. He jumped in excitement and explained it to his friends, "he says he wants to be a model and obviously be on one of the billboards so that someone can also stare at it as he did and admire. This will make him, his mother and Opanyin Kafra happy". Together, they nodded.

One of the young men approached me, he stared at me very well and commented, "he is handsome too", they all agreed. It is funny I did not understand them then so, less talking but, I laughed much with them. I became part of their gang and they convinced me that they will help me achieve my dream. These my friends were bus conductors at Circle and we live in a one room somewhere in the city where there was no space between us to even pass air in the middle of the night. On every off day of each one of them, they stayed home and taught me how to speak English. They always told me before I could get there, English should be my best friend. They sacrificed and bought me newspapers for me to read even to their hearing. They did a lot for me.

When something discouraging happens during the day, we encourage ourselves with the name of my village, kyikyis)s) and hope arises. As I lived with them, they told me their stories and they were similar to mine just that they all had Secondary School certificate and they were working to gather money to go to the University and continue with Student Loan and then complete. There were hard times where we had nothing to eat because thieves attacked them on their way home. I made a promise to them that I would help them as soon as I get on that billboard. Five years after staying with them, I could read, write and even slang, they were proud of me. I also worked with one waakye seller around our house and so I could get us waakye to eat when the unfortunate happens.

One day, Kweku Chris, as known as, got into trouble. If you could remember, he was the one who tried to understand me when I spoke first. He came home brutally beaten, we rushed him to the hospital and the doctors could not help him, he died. That was such an emotional moment! He just had a tip for being nice to a passenger and his master saw it. He got angry and he lied about him being a thief. People beat him brutally until the rest of the gang saved him when they arrived at the station. Oh Kweku Chris! I liked him so much. He was the same person who was having a lead on connecting me to a friend he knew. Life is not fair. My mother never told me that the journey would be this difficult. I thought when I get here, I would just go in and start work. Oh God, help our souls! 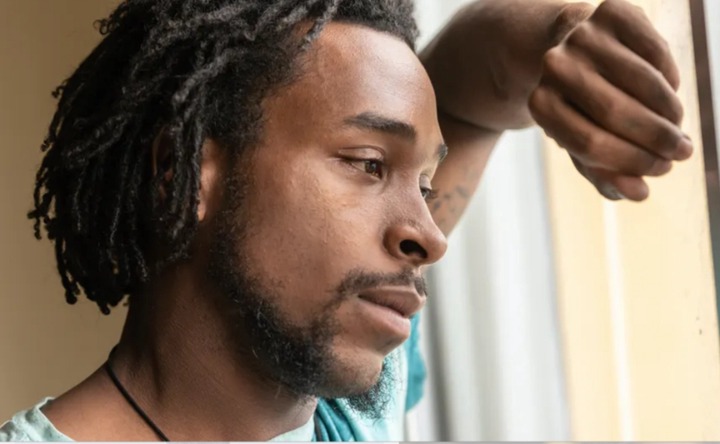 Watch out for part two...

Content created and supplied by: Ms.Penny (via Opera News )