'What, how old are you, where do you live?' -Queenmother is surprise over a student's marriage plans

What, how old are you, where do you live? The Queen Mother, Her Royal Highness Odeneho Okukrudufo Nseiye Asantewaa asked in surprise as a Junior High school student quizzed her about life and fiance, as she sat on the high table counselling the students of Kroufa Methodist Primary students. Nana Asantewaa, as the chief linguist of the queen's quarters said before revealing her to the audience, was the guest of honour for the Kroufa Our Future Ladies September talk yesterday. 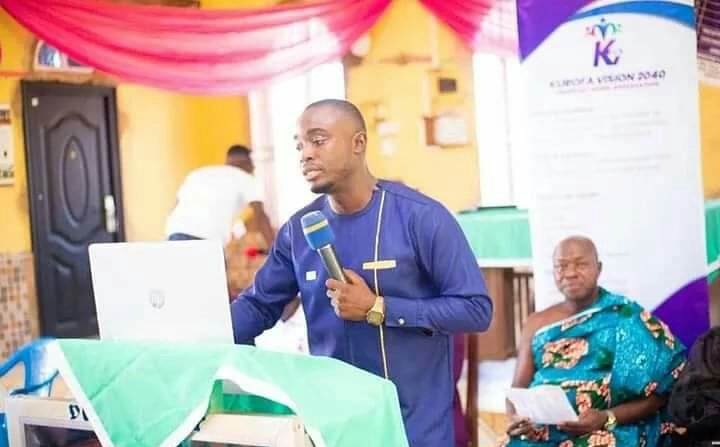 The Kroufa Our Future Ladies monthly talks, is a talk the royal house of Kroufa, a town in the Asante Akyem Central, does every month to solve issues affecting students in the town. It was an initiative established by the current King of the town when he ascended the throne in 2017. It is with these talks the royal house of Kroufa through the support of others, have been able to solve numerous problems affecting the children and students in the town.

The Kroufa Our Future Ladies September talk, was not different from the other previous monthly talks as the venue of the event remained the same for all the previous ones. What sounded dazzling at the talks yesterday afternoon, was the question a 16-year-old student, Asor, asked the queen mother that brought applauds from the Queen Mother herself for the student having the courage to ask such a question.

The Queen Mother Her Royal Highness Odeneho Okukrudufo Nseiye Asantewaa was puzzled to the core when she was answering a student on why it is important to concentrate on her books and achieve her aim of being a doctor, when another student, Asor, raised her hand from the crowd and asked the queen mother; Please I do like to ask a question your highness, Asor said before throwing the entire crowd into shock. 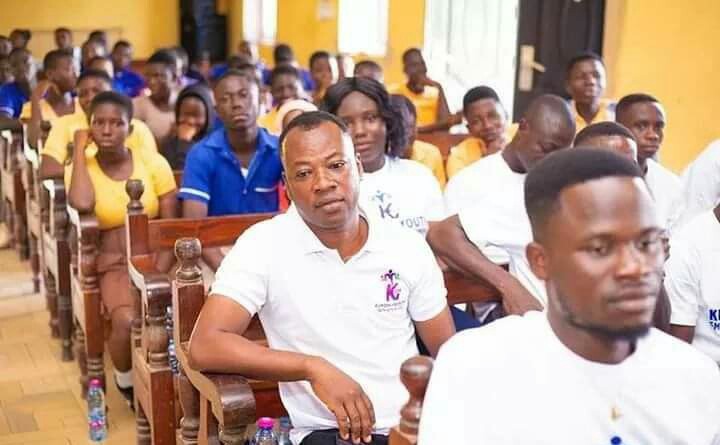 I have learnt a lot from you today and I am proud you are our mother whom we can come to if we are having troubles. I have a problem and it's affecting me. I want to be a doctor just like Belinda, the girl who asked the question now. But I am placed into not having my dreams after school because I will have to get married.

I do your highness, but Ma'am, what if he is the one taking care of you; feeding you, giving you a place to sleep, buying you books and everything you need. I fear my life will be in danger if I don't marry him. What, the queen mother said in agony, as she sat on her chair with eagle eyes, ready for war. 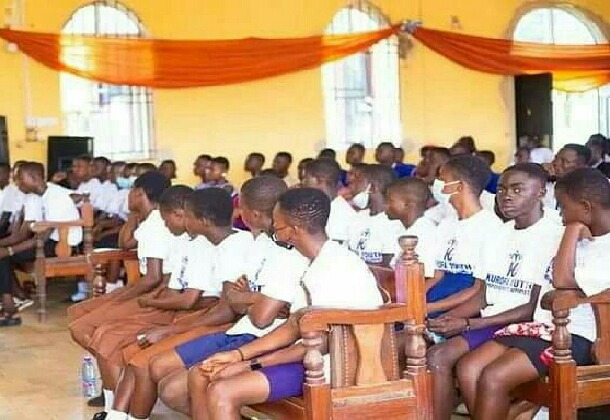 Where are your parents, dead your highness, Asor replied. Your parents are dead, don't explain, so that is why a man is taking care of you and you are living in his house and he wants to marry you after JHS, my God! The queen mother sadly closed her eyes before picking back her microphone.

Yes, your Highness, Asor replied the queen as she kept her head bowed after throwing the question at Asor. My grandchild, the royal home is now your home. After this program, come with my driver to my home. I will show you your new house, and where you will live from now. You are now the daughter of Her Royal Highness Odeneho Okukrudufo Nseiye Asantewaa, the queen mother said before a sounding clap of hands resurrected from the back of the crowd and kept going until the entire crowd kept clapping and praising the Queen for her simple and short solution to Asor's problems. 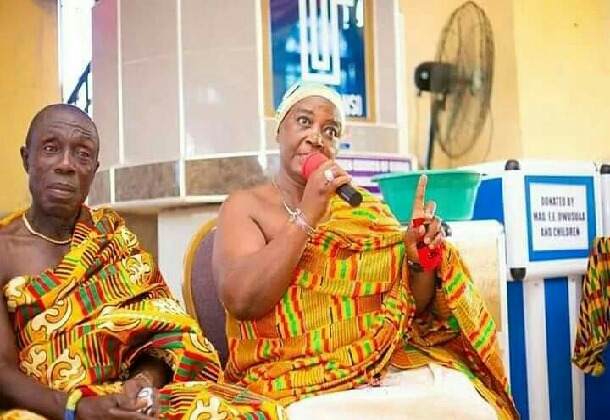 Asor will no longer be living with the said man who had hoped she marries him after JHS. She will be living at the royal house of Kroufa as a daughter of the Queen; Her Royal Highness Odeneho Okukrudufo Nseiye Asantewaa. Though it hasn't been confirmed, but the Queen will definitely not allow that man to go free and might invite him for questioning and probably, punishment if found guilty.