Throwback: I Have Two Kids With My Blood Brother, This Is How It Happened

Liberra, a woman, has told her story about how his biological brother forced himself on her when she was 17 years old. 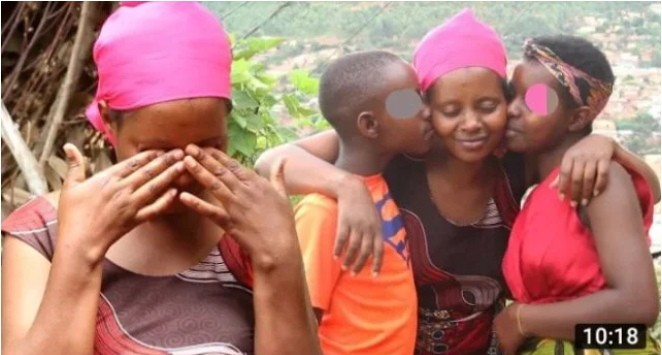 She claims that when she was younger, her family despised her, particularly her elder sister, who wished her death and always claimed that she was not her sister.

After finishing eighth grade, her father refused to pay her school fees to further her education, and because her mother did not have money, Liberra decided to look for work as a housekeeper.

Lebarra claims that his brother told her to keep quiet and that he would take care of her and the children, but when her child was a year old, the brother forced himself on her again, and this time she tried to fight him off, but the brother was stronger, and she became pregnant again.

She left his brother's house and met a man who married her and her two children, but when she became pregnant, the man left and never returned, and she now has a two-month-old baby.

She claims that life is difficult for her because she has no one to turn to, and she has asked well-wishers to donate money to help her raise her children and pay her rent.

Photos Of A Mad Woman Who Has Freshly Given Birth To A Cute Baby Boy Drops Online.