By Mainooco (self media writer) | 28 days ago

An 84-year-old man, identified as Peter, has expressed bitterness at returning home after 47 years only to find out that his two wives, whom he left behind, have moved on and remarried.

Peter left his home village in 1974, and now he has returned, but very few of the people who once lived there can recognize him. 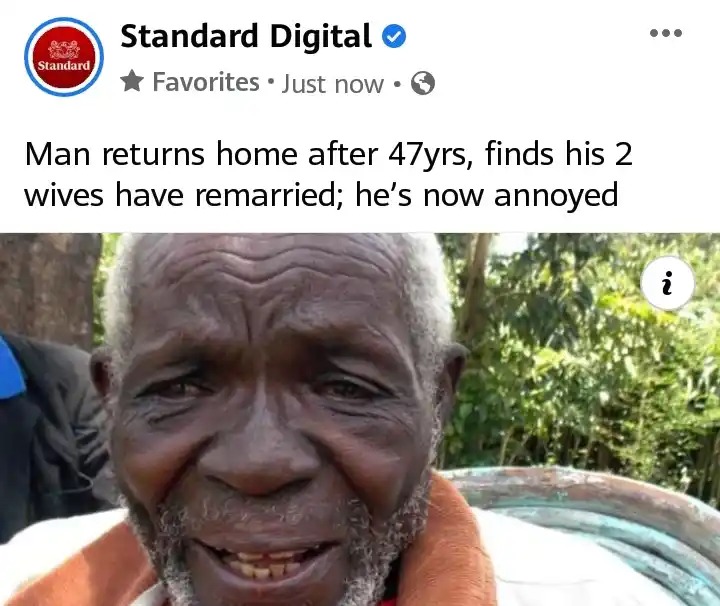 After discovering a job that paid well and helped him to look after his two wives and five children, he stated that he was moving from the village to the city in search of a well-paying job in order to provide for his two wives and many children. 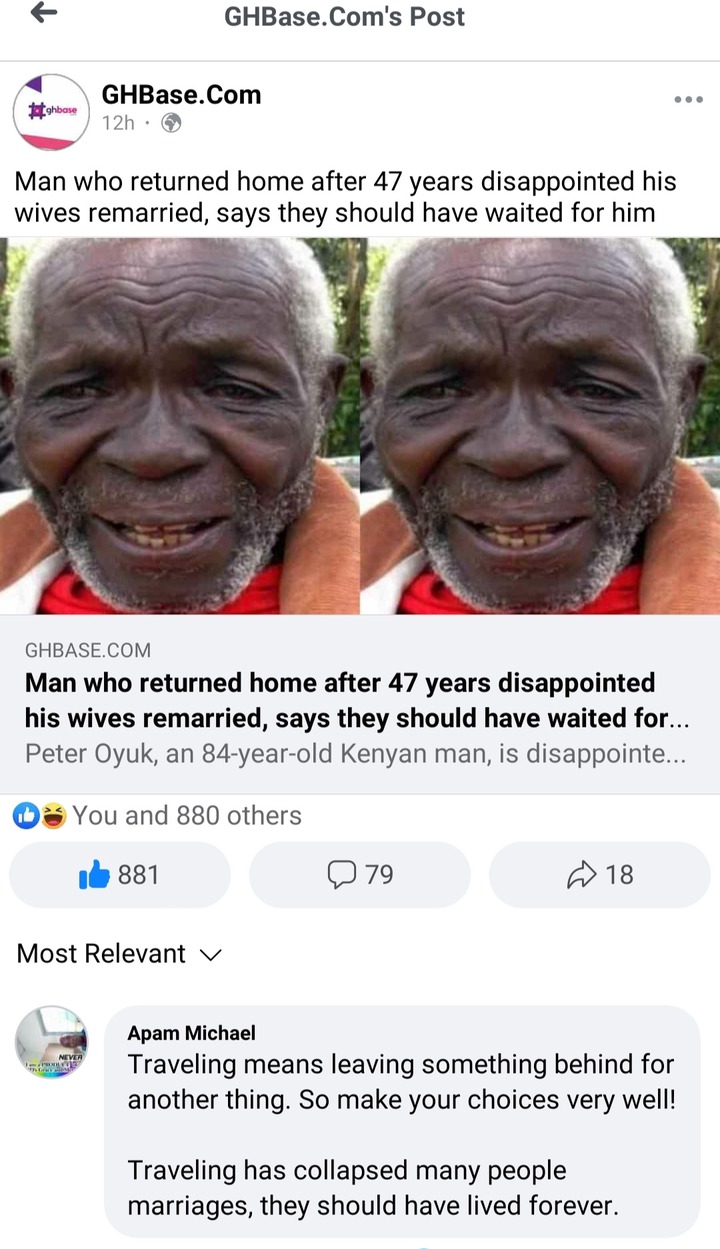 Shortly after Peter abandoned them, his wives, having found themselves without anyone to marry, decided to remarry. Peter returned home forty-seven years later on September 23, 2021.

Shifting his expression from delight to regret, he said, "I wish my wives were here today to welcome me home." 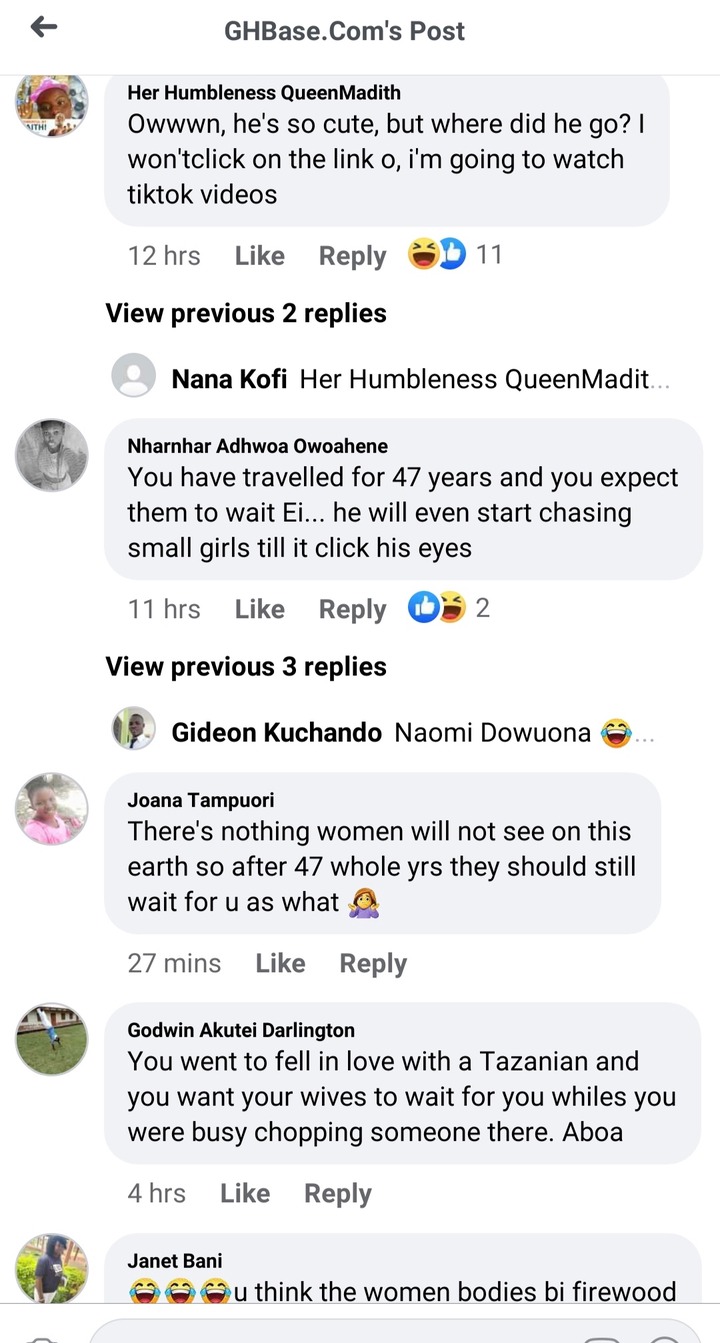 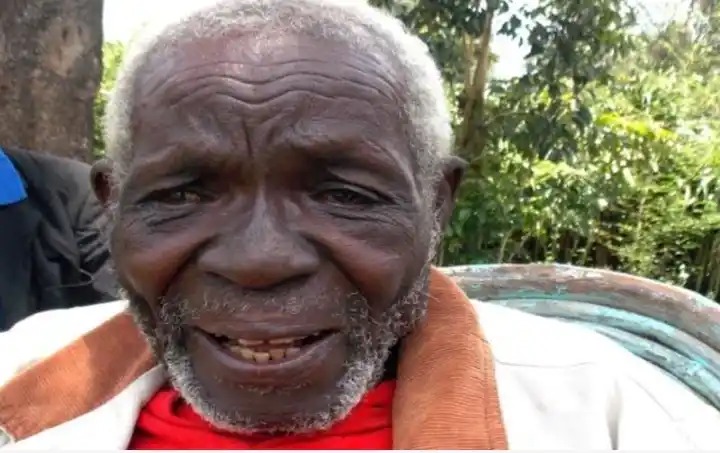 The prodigal son returned home and was greeted with various rituals. In order to placate the ancestors, a white goat was sacrificed.

He fell in love with another woman while he was in Tanzania. They had children, but it had been years since he last heard from them.