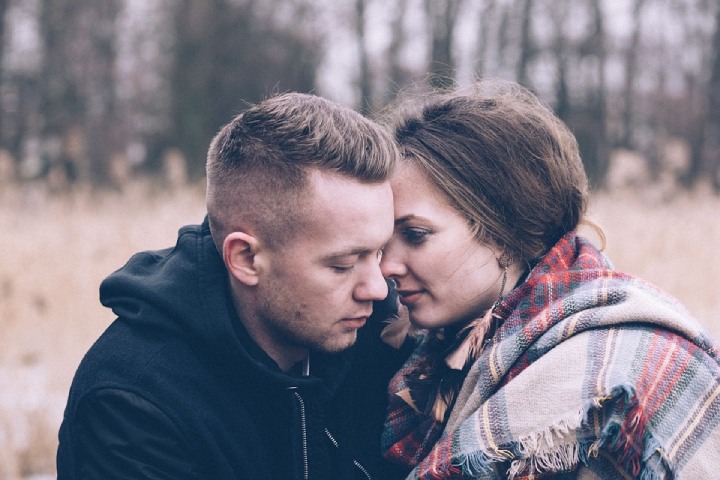 Are you angry that the guy you are dating seems not serious about your relationship? Or does it seem like he does not really know what he wants? What should you do with a man like him?

Immature guys are often indecisive and have no backbones. They often live a happy-go-lucky life, unsure of what they want to do in the future. They have no concrete plans and will often disappoint the women they are seeing.

If you need help deciding whether it is time to move on from the guy or wait a little longer, check out the list below. Find out the signs that you are dealing with a guy who does not know what he really wants in life and relationship.

1. He Has a Hard Time Deciding.

Is he the type of guy who would ask for days before he could give you a decision? Or is he irritated whenever you pressure him to decide on something? If yes, it is a hint that he is caught off-guard. If only he knew what he wanted, he would not feel rushed or pressured.

2. He Keeps Changing His Mind.

Another sign that a guy is indecisive is his inability to stick to his decisions. He would give you a “yes,” only to take it back later. His decisions keep swinging back and forth. In the end, the people around him only get frustrated and disappointed. He is not someone whose words you can rely on.

3. He Doubts His Decision.

And whenever he finalizes a decision, he stays bothered by it for a while. It seems that he only decided out of pressure, but he is not convinced that it is really what he wants. For this reason, he keeps doubting if he has made the right choice. Then, once his decision ends up with a negative result, he will resort to blaming others for pushing him to jump into a certain judgment.

4. He Bases His Choices on Trends.

You can also say that a man does not really know what he wants if he only bases his decisions and actions on the current trends. For instance, if his friends are all going abroad to work, he may decide to do the same. Or, when it comes to choosing a program to enroll in, he goes for what is in demand. No wonder he can easily quit on what he has started. It is not what he really wanted in the first place.

5. He Readily Accepts What is Available.

Aside from the trends, he may also decide based on the available choices. For example, he simply settles with a degree program that is easily accessible to him. If he really had a dream career in mind, he would pursue something in line with it; even if it means having to leave his comfort zone just to find it.

6. He Does Not Have Specific Standards.

He has no ideals, whether it comes to his career or relationship. As mentioned in no. 5, he simply goes for the available choices in front of him. It is like trial and error for him. That is why it is not surprising that he can easily quit a job after a few struggles or dump a girl simply because he finds someone more attractive.

7. He Keeps Thinking About What Will Others Say.

A man who does not know what he likes is often troubled by other people’s opinions. He cannot easily decide on something because he is conscious of how he can please others. On the other hand, a person who is sure of what they want will pursue their plans no matter how others will react to them. They are not after pleasing people.

8. He Lets Others Plan for Him.

Another sign that your guy has no backbone is how he relies on others to do the planning. He lets other people, such as his family, dictate to him what to do—and he is okay with that. It only shows that he has no plans on his own.

9. He Allows Others to Decide for Him.

Aside from letting others plan for him, he also allows them to decide for him. Whether it is a major decision or not, he depends on others to do the final say.

10. He Easily Believes Others’ ‘Knowledge’ on the Matter.

He is a guy who simply believes what others tell him. This is one of the reasons why his mind changes quickly. He bases his decisions or preferences on what he hears from others. But, on the other hand, if he really likes something, he will research it.

11. He is Not Ready for Commitment.

This guy often says he is not ready for a commitment when it comes to dating. Do not be surprised if you have been seeing each other for a year, but still, he does not want your relationship to be exclusive. He would probably tell you that establishing his career is his priority for now.

12. He Dates a Girl for a Long Time Without Future Plans.

As abovementioned, he is capable of dating someone for a long time. However, he has no concrete plans for the relationship. He cannot fully commit to the girl because he does not like the responsibility of being accountable to someone. If this is your case, he may be only after companionship and physical intimacy.

13. He Does Not Want a Label for His Relationship.

No matter how much you pressure this kind of man into going exclusive, he will not budge. Instead, it will not just annoy him. For this guy, a label is not important in a relationship. What matters more is what you feel for each other. That means he can easily leave a girl behind once the attraction phase is over.

14. He Still Sees Other Women.

Another sign that a guy does not know what he really wants is dating someone while seeing others behind her back. It is like having some alternatives in case he decides the main one is not really his type. If he is serious about a girl, he will definitely respect her.

15. He Keeps the Relationship a Secret.

Does he want to keep your relationship a secret? It is a hint that he is still unsure of you. He wants it hidden from the public eye so he can still pursue other women. In short, he is still figuring out who wants to date exclusively.

16. He Lacks Efforts in Pursuing a Girl.

How is he as a partner? Do you feel taken for granted? If he is not exerting enough effort to make you feel loved and valued, maybe he is not really into you. The only reason why he keeps the relationship is that he is still looking for a better girl to replace you.

Is your guy comparing you to other women? Does he want to change how you dress or behave around his family and friends? If yes, it means he has realized your type is not really what he wants. That is why he forces you to change so HE can fit into his social group.

Know What You Want

How about you? Do you know what you really want? If the guy you are dating is only treating you as an option, it is time to walk away. It is not what you like, right? Decide to be firm with your standards so that it will be easier for you to make decisions.

Official: Prosper Ogum Has Confirmed that He Is No Longer Asante Kotoko's Coach