Loving someone is a thing of the mind, it is a situation where you don't listen to what people say because it can be a distraction. People often criticize many things, especially if there is an age difference, a difference in ethnicity and so on.

It has become a tradition for old African men who are old enough to be grandparents to marry younger women as their wives. Some old men prefer to marry young ladies mostly because they are still young, fresh, energetic, and presentable.

Today I will show you four old African billionaires who married younger women because of their popularity. Because these men are stinking rich, they want to be seen with beautiful ladies in public occasions, they marry them because they are energetic, fresh and presentable. 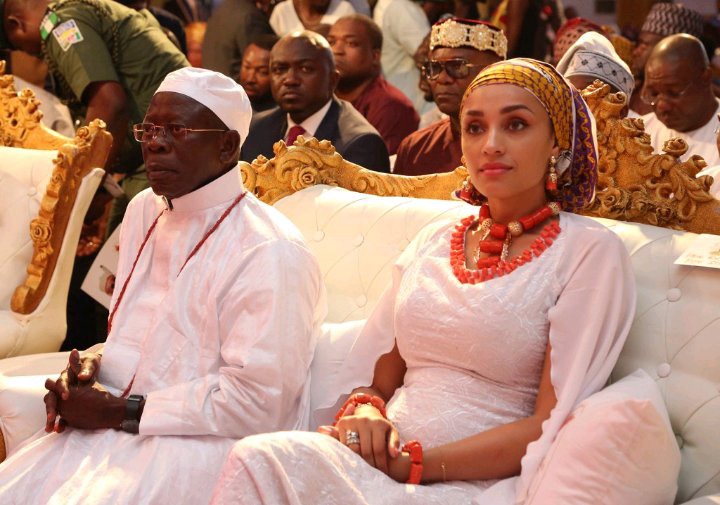 Adams Oshiomole, as he is popularly known, is an influencer politician who was a former governor of his state in Edo state, Nigeria. He married his wife from Cape Verde in 2015, her name is Lara Fortes, he brought her to his homeland to tie the knot with her. His affair with Lara has proven beyond reasonable doubt that age has nothing to do with love. Adams Oshiomole is 69 years old while his wife is 39 years old. He married her to take her to public functions because she is beautiful and presentable. 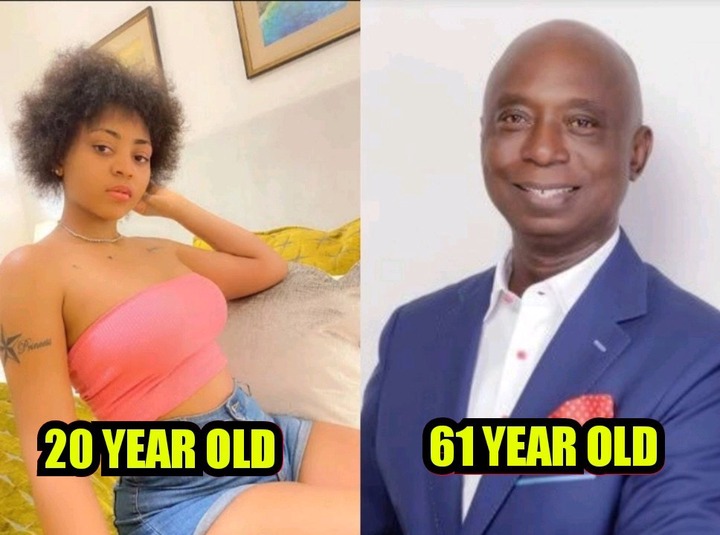 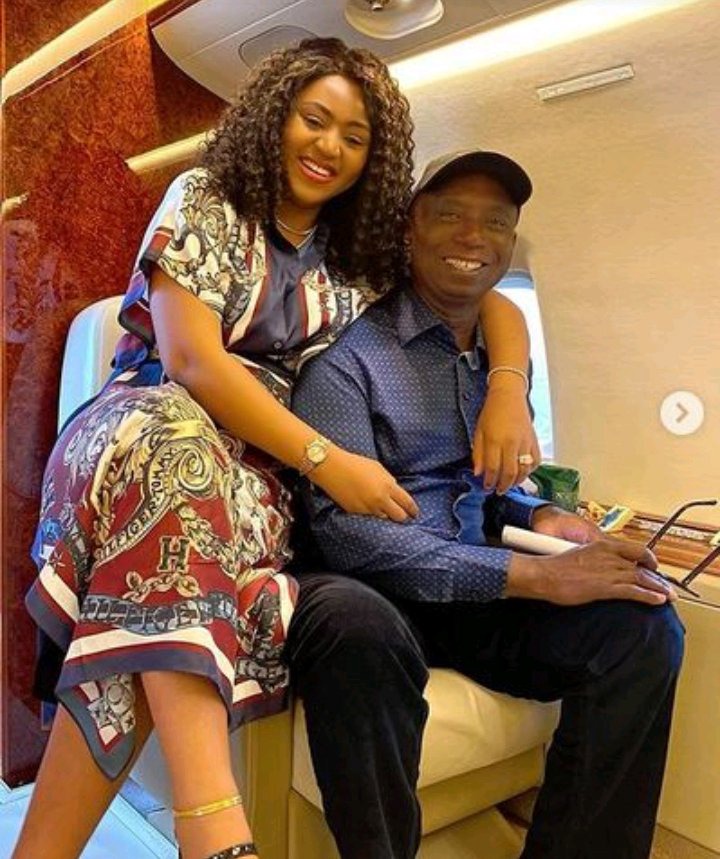 This is a very successful Nigerian businessman who became more popular after he married a popular Nollywood young actress, Regina Daniels in 2019. Ned Nwoko is 61 years old while Regina Daniels is just 20 years of age. The businessman has three other wives, but because he is a Muslim, he decided to marry Regina as the fourth wife and converted her to Islam. The reason why he married her is not far fetched as they have been seen in various public functions together as she is famous and educated. He decided to tie the knot with her and takes her with him everywhere he goes. 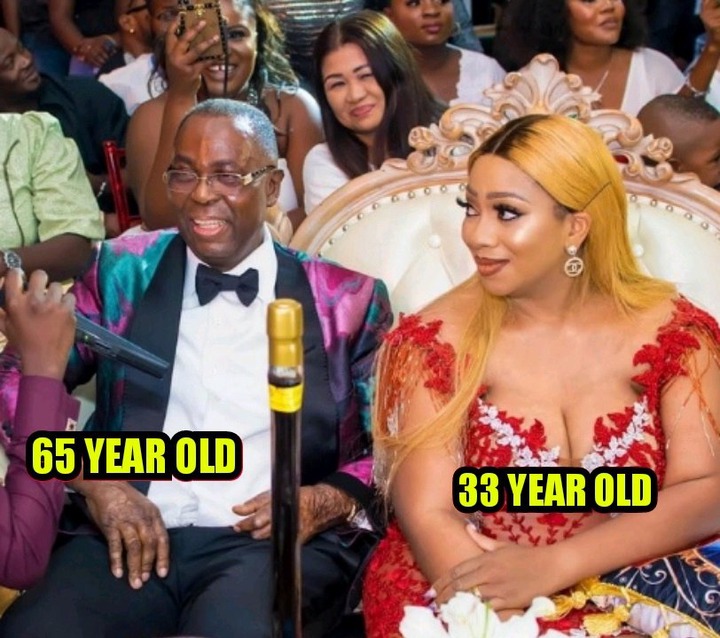 Mike Ikuku is another successful Nigerian businessman who married his wife because he wants her to represent everything that has to do with him publicly. He is 65 years old while his wife is just 33 years old. 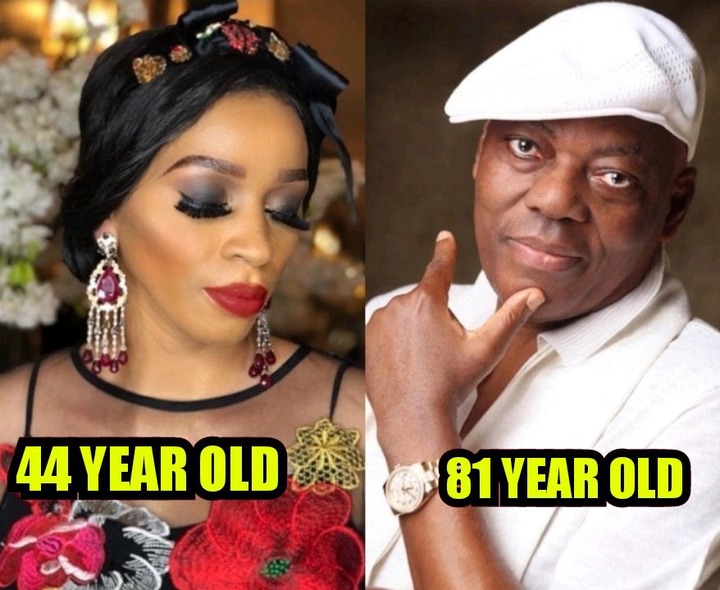 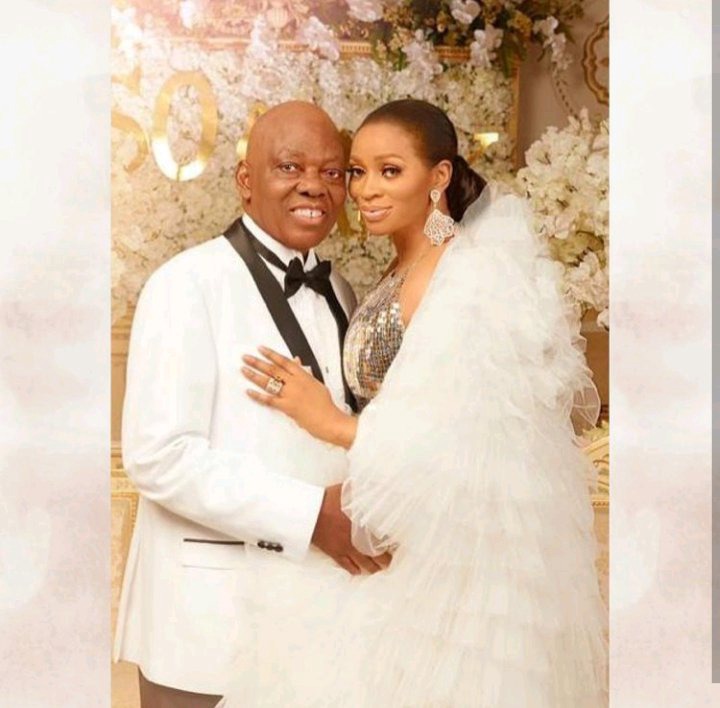 Razak Akaani is a billionaire and a very influencer industrialist. He owns a popular company that produces pens, the company's name is Eleganza group of companies. He is currently 81 years old, and his wife is just 44 years old. The age difference doesn't really matter to them because he takes her everywhere he goes, and she represents him in public occasions.

We should all learn from these successful men that love really conquers all, age is just a number and should never be allowed to be an obstacle when two people are in love.

Is it okay for young women to marry men who are old enough to be their father? Your opinion will assist us in many ways.