One major reason why couples do fight

By OurWorldToday (self media writer) | 1 year ago 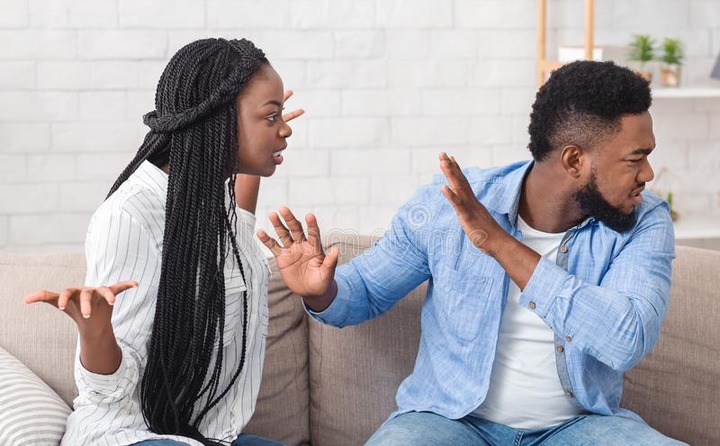 The apparent expectation has been that since marriage is a choice, and because people marry whom they love, couples should not be fighting. Unfortunately, this perception turns out not to be true. Most couples do fight at home, and some even extend it to a public place. There are diverse reasons that push couples to fight daily or weekly. Out of the many reasons that cause a couple to fight, the one primary reason is a misunderstanding that comes from ineffective communication.

A man once got married and was hoping to live happily with his wife, but the couple witnessed the opposite. He recalls a day when he was sitting on the couch next to the wife as he was flipping through the television channels; the wife inquired of the show for the night by asking, “What’s on the TV?” The husband said to the wife, “Dust.” Then the fight began.

Another misunderstanding resulted in a fight during the anniversary of a couple. The husband asked the wife about where she would want them to go for their anniversary. The wife was amazed when the husband asked her that question, and that gladdened the man’s heart upon seeing the facial expression of the wife. The wife told the husband to take her to somewhere she has not visited in a long time. Therefore, the man decided to take the wife to his parent’s house since it had been long since they went to the husband’s parent’s house. Then, the fight started.

During a week before the anniversary week of a couple, a wife told her husband she wanted something special for the upcoming anniversary. The husband asked the wife to name anything she wants for the anniversary. The man assured the wife that he was ready to provide anything the wife requests. The wife told the husband that she wants something shiny that goes from 0 to 100 in about 3 seconds. The man did not understand what the wife had in mind. He went out and bought her a weighing scale. Then, the fight started.

During the weekend in the home of another family, the husband decided to spend time with his wife. The wife stood before the bedroom mirror to look at her body. The wife was not happy with what she saw in the mirror. The wife said to the husband, “I feel horrible. I look old, fat, and ugly. I really need you to give me a compliment.” Imagine if you were in the shoes of the man, what would have been your compliment? The husband replied, “ Your eyesight is perfect.” Then, the fight started.

I remember a Pastor of my in the Church of Pentecost once said the key to a successful marriage is understanding. When the couple understands what “misunderstanding” means, they learn to communicate effectively to their partner and understand each other. By “understanding,” when there is conflict at home, either the man has to be “under” so the woman will “stand” or the woman has to be “under” so the man will “stand.” Understanding is the only rule for a successful marriage, lest couple will always fight even though they profess love at the initial stage of their marriage. What do you think is the reason couples do fight each day or week?

Could it possibly be they did not love themselves, or were they forced to marry out of their desire?

You can check out more insightful stories from me. Thank you!

Content created and supplied by: OurWorldToday (via Opera News )