By https://lordnewz.blogspot.com/ (self meida writer) | 17 days 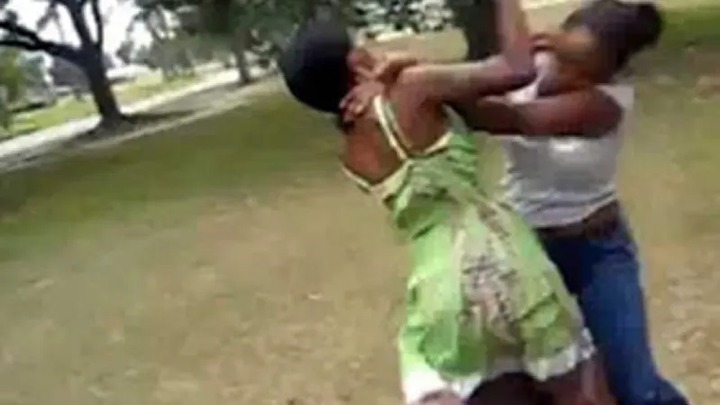 I thought I was matured enough and didn’t need people telling me who to love and who not to love. Jackson looked like the man for me, he had all the qualities I have dreamt of so I didn’t want anyone to tell me otherwise.

It wasn’t long before I started seeing signs of infidelity. The lady was Irene, they started talking on Facebook before they took it out from Facebook.

They chatted every day on messenger and I was monitoring from my boyfriend’s Pc, all I need was a hotspot to connect to his PC since he didn’t log out.

I looked out for Irene and warned her to stay away from my man. I told her. “I know what Jackson has been telling you. forget about everything, I am the woman in his life. If you don’t want any trouble to stay away from him,

She was traumatized by the warning and I enjoyed the fact I have been able to instill fears into her.

Jackson came attacking me. “How could you do something this stupid? What sort of embarrassment is that.? The next time you threaten a friend of mine again, you won't have it easy with me.”

I realized he was angry so I was very calm, I didn’t respond to him. Later that evening I questioned him. “if Irene was your friend, I wouldn’t have warned her. I have been reading your messages and I know you have been lying to her. I wouldn’t like her to come in between us so I had to act fast.

Jackson was so embarrassed when I told him I have been reading his messages . he tried to explain but I wasn’t ready for his explanations. Irene never appeared in the frame again. Then came Eva, Jackline, Paulina, Serwaa, Akos, Ruth, Winifred etc.

Jackson was mine and I wasn’t going to give him away easier like that, I manage to chase all the girls away.

Halfway through the third year of our relationship. Abiba came into the scene and I confronted him on several occasions that he was dating Abiba but he denied but I knew that wasn’t true.

Again I found Abiba and warned her to stay away from my man. She asked. “ who is your man? I responded. “ don’t pretend you don’t know that I am the serious girlfriend of Jackson. We have been dating for almost three years and soon will be getting married, Don’t waste your time on him and since you are a Muslim, there is no way he is going to marry you.”

She only smiled and said. “I thought you were coming to show me your ring. You are just a girlfriend? and you have the guts to confront another girlfriend?” then she walked away and gave me that weird look as If I was a piece of toilet roll.

“they have all behaved this at first but in the end, they all leave.”I consoled myself.

Jackson was angry, claiming as usual I confronted someone he had nothing to do with. I knew he was lying and I knew I had to do everything in my capacity to chase Abiba too away like I have been used to. “ Very soon we will be married and all this would end.” I encourage myself.

Weeks later it became obvious that Abiba was not going away but I needed evidence before I could strike,

My feelings were hurt when I manage to unlock my boyfriend's phone pattern after monitoring him for a while .apprantly my boyfriend has apologized to Abiba and has informed her that I was a witch tormenting his life and it has been over between us and its me who is chasing him. Now was the time to strike.

I did all I could to meet Abiba one on one again to give her my peace of mind.

We finally met and I told her. “ You stupid fool, you think I will sit down and watch while you take my …”

I didn’t even complete my sentence and I the first hot slap landed on my left eye, my eyes got blurred. I screamed .”You have the guts……” That statement too didn’t end a blow landed on my lips. that was when I knew I was in trouble for the first time in my life.

Abiba had a physical advantage over me. I knew I couldn’t match her so I had to look around for a weapon. My left eye was blurred so I couldn’t see well. Before I could find anything worth hitting her. She grabbed my hair and pulled it to hard that I landed on the floor.

Today I am very grateful for those who came to my rescue and separated the fight.

I received the beatings of my life. I spent 3 days at the hospital and the most painful thing was that my boyfriend never came to visit.

Abiba was arrested and was later released on bail. I felt so stupid, I was taught it was a woman's duty to fight and keep her man. I could have died or maimed. Jackson wouldn’t have cared.

Sad news: see the coffin a family is using to bury their own.

"Sex Workers" Beat Man To Death After He Refused To Pay A Lady After Service.