True Story: I Blame my Husband for making me a BAD WIFE. See why? And save your Marriage or home.

By Gadnaabatk (self media writer) | 6 months ago

How I met my Current Husband.

Bright is my husband's name. We live in one of the small towns located in the Central Region of Ghana. I met him twelve years back when I was in SHS stage one. He was a professional teacher liked by all, due to his excellent disposition of fame, competency and sociability. As a Twenty-one years old then, he always succeeded in putting total smiles in the faces of people he met. His excellent and creative funny jokes and stories made him unique among other young men. He was loved by the old and the young; poor and the rich; as well as the able and the disabled.

The first day I met my husband was when I visited my elder sister at the training college. Bright was my sister's lover's best friend then, and so both of them came to see her after preps was over and that was around 10:00 p. m. My sister started laughing as soon as he saw Bright which I felt very abnormal but before I could raise my judgement, he quickly used a sentence for me; saying, "Shortingo, got up and went and slept, My Princess". I laughed almost immediately because the sentence was past but used for present tense. We conversed for sometime before the goodbyed us for the night; and this was how we met.

I loved Bright from the time I set my eyes on him. But I could not tell him my feelings knowing that he had a lover already even though they were not married. Besides, tradition could not allow me to propose to him since I was the one to be proposed. Society at that time believed that any girl who proposed to a male was termed a bad girl or a halot and cheap girl. However, I use to visit my sister who later got married to my Bright's friend in the same town Bright lived. Who would have believed that the main aim of frequently visiting my elder sister at the time was just to set eyes on Bright. This was because, as soon as I saw him, cold would run from my hair to feet; and when he spoke, I was moved to lost of emotional control. In fact, the first time he held my hand, I got melted and left myself off to the bear ground speechless with rampage panting. But Bright never knew what was going on with me. He never knew that I was gradually loosing my senses. 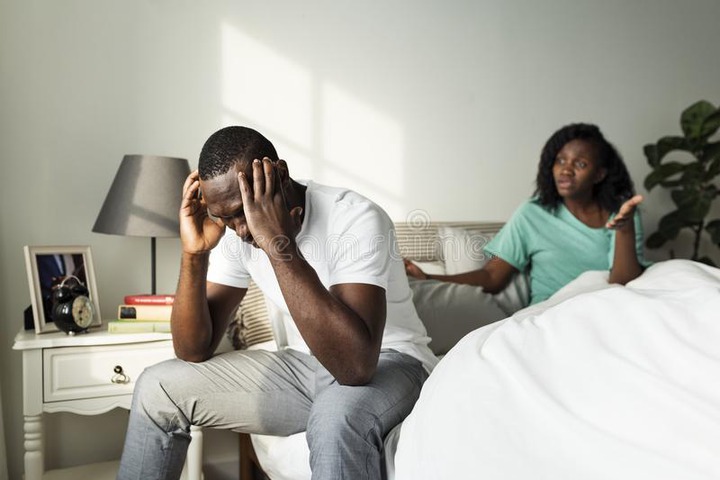 We lost contact when Bright went to the university to acquire his first degree. That was when I also got admission into one of the community health nurses training college in the same region. After graduation, I got married to a Soldier who lived in a neighbouring region. After giving birth to a baby girl, I heard from my elder sister that Bright was to marry a month later but to a different girl because the girl I knew as his lover, had misbehaved in terms of unfaithfulness. That explained why the left each other. This new intention of marriage was to be consumated with a different girl. That was when my heart started to pant again. I could not sleep and was consumed with the highest degree of jealousy. I started to now see the unfaithfulness of my then soldier husband. Our marriage was now full of quarrels and then finally we separated. In fact, it was I who caused everything.

I remembered with great concerned how I tried all techniques to convey my love for Bright many years back when he was teaching. Most of the information I used to get about him was indirectly from my elder sister. I had twice texted him at midnight stating that when and if one gate closed another gate was opened. This text was sent to him when I heard that his lover was cheating on him. But this text nearly caused a commotion because his lover had seen it before him.

That was years back. Now at the time I heard that Bright was about to get married, I moved with my baby daughter to the town he lived; just for a month leave. I stayed with a female classmate of mine. I had gotten his number through my sister's husband before I moved to that town. I called him and we talked. I pleaded that he visited me and he did. He brought gifts to my daughter. I also visited him with my friend. It was through this actions that we talked about his marriage.

Then one night I tested him saying I was not loved by anyone. He called on phone the next day in the morning to advise me to pray and that my husband would come to his senses. He advised that if I would give him my soldier husband's phone number, he would talk to him to unite us but I discouraged him. I, again, sent a text message another night stressing that I was going to commit suicide. In fact, I nearly did it but for my friend who was called by Bright. He invited me to his house the next day and then proposed to me. I accepted immediately and that was how we got married.

How my husband made me a bad wife.

My husband accepted me and my daughter. He loved us unconditionally. Today, we are blessed with three kids, all boys in addition to my daughter. Words cannot describe the care, attention and kindness he handles us. He is a perfect man in all standard.

I started driving his relatives away from him as soon as we got married but he was that man who would not make anyone around him sad. He will sacrifice his happiness for me at anytime. For instance, when he wanted to bring his cousin to come and stay with us to help with house chores, I discouraged him; and later brought my own sister's daughter for same reason. He never disagreed with me but rather supported me when his relatives wanted to describe me a bad wife. He virtually does all house chores when even I'm around. He cooks and serve me after coming from work at most times. He baths the kids, dresses them and put them to sleep without complaining.

I began to misbehave with men by charting and receiving male visitors when I knew he had warned me in several occasions against that. I also watched adult programs on television with my children against his orders. I started trying to be myself by not praying to God against his advice and threats. I could visit my elder sister without passing at his family house to greet them as tradition demands. I am truly not a submissive wife to Bright. He had occasionally, reported irresponsible behaviour to my own mother, my sisters and even my three brothers but they could not make me stopped. He never reported me to his own mother or relatives say he do not want his people to look down upon me.

TODAY: I put all my unsubmissive attitudes, including my disobedience to his orders; to my husband, Bright, because he is the type who keeps his home's problems to himself. I believe that if he had reported me to his people the first time I disobeyed him, I would have at least reduced my bad attitudes.

Today, I realized that my husband has grown into a sad man. The funny jokes are only seen outside but not at home. I love to hear his jokes and care but they are gone. I'm not guilty because it was he who caused this. 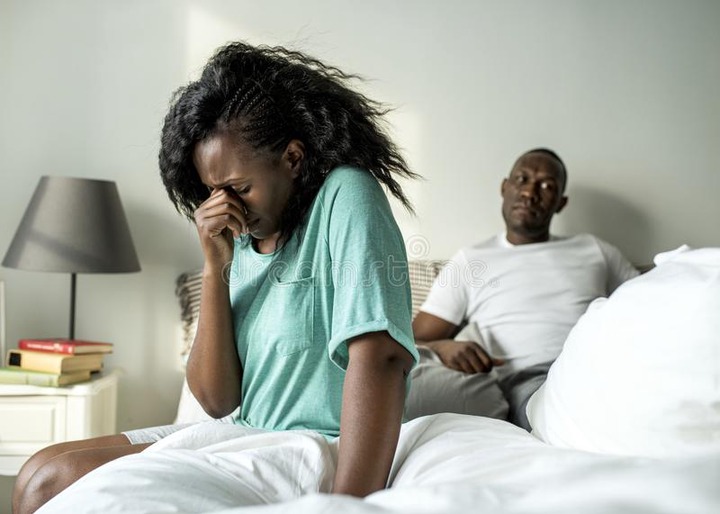 I want to change but the more I try, I cannot because I am already addicted to my bad wife attitudes. We argued this morning because he refuses to admit that he caused my addiction to bad attitudes.

Sorry, I am a bad wife today but my husband, Bright, is to be blamed. Men stand up as men and put us to order before you destroy us permanently.

Please read and share this true story. Help to save some marriages by just sharing. God will certainly reward you.

We hope you learn something from this story. If you want more kindly follow. Thank you.