Who Else Noticed This During The Wedding Of The ‘Obuasi Couple' Today ? (See Photos)

By BallpointMedia (self media writer) | 1 year ago 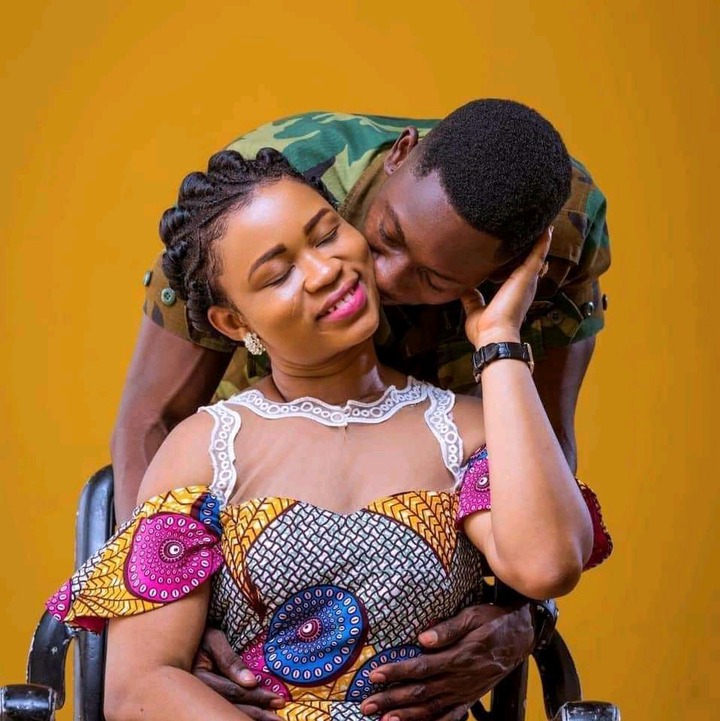 During the wedding ceremony of the Obuasi couple there was something we tried to pick out, and we don't know who else noticed them. We noticed clearly that the couples didn't smile a lot during the wedding process from video we saw online. Some people believe it's because the man is a military man. 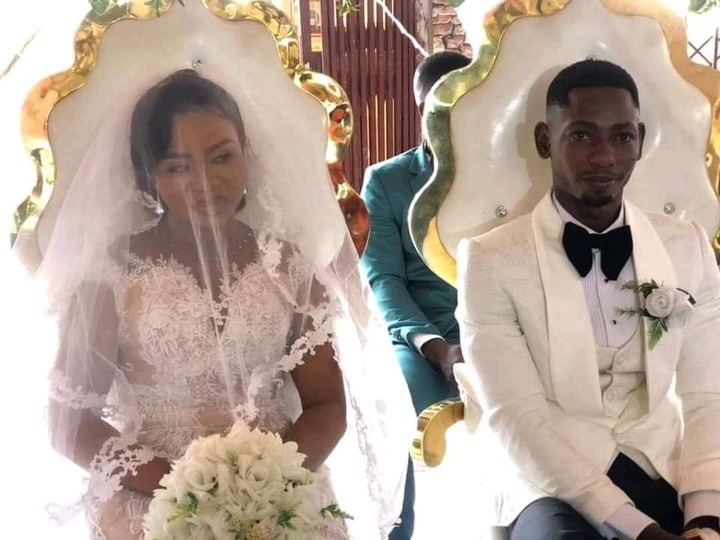 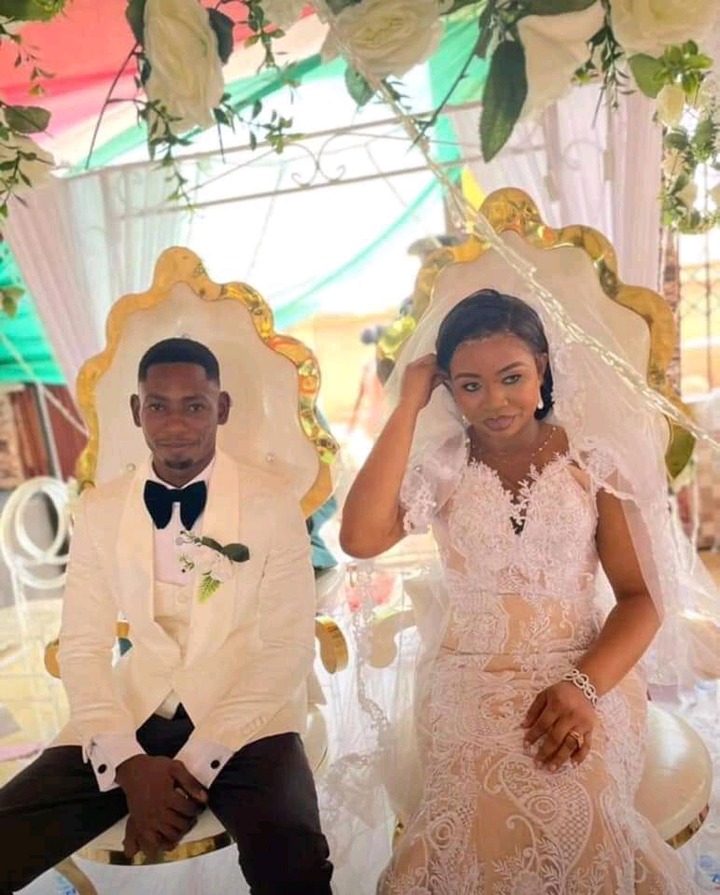 Background Of The Story

Just few days ago a story popped up online one which involved a man identified as Richard Agu and his Ex girlfriend.

Richard Agu who is set to marry a beautiful lady and become a pride was called out by his ex girlfriend on the issue of how he treated her. 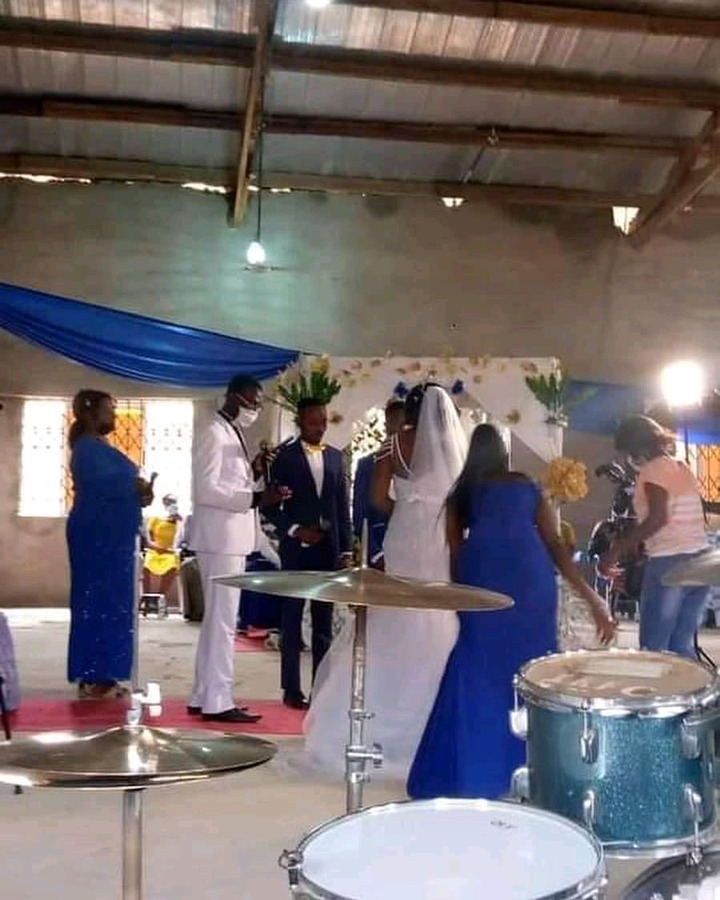 The ex-girlfriend of the groom-to-be has narrated how she was treated by the man. The ex girlfriend who was identified on Facebook as Comfort Bliss Gh according to her narration stated that she was unjustly treated during her relationship and has now been dumped for one Benedicta. 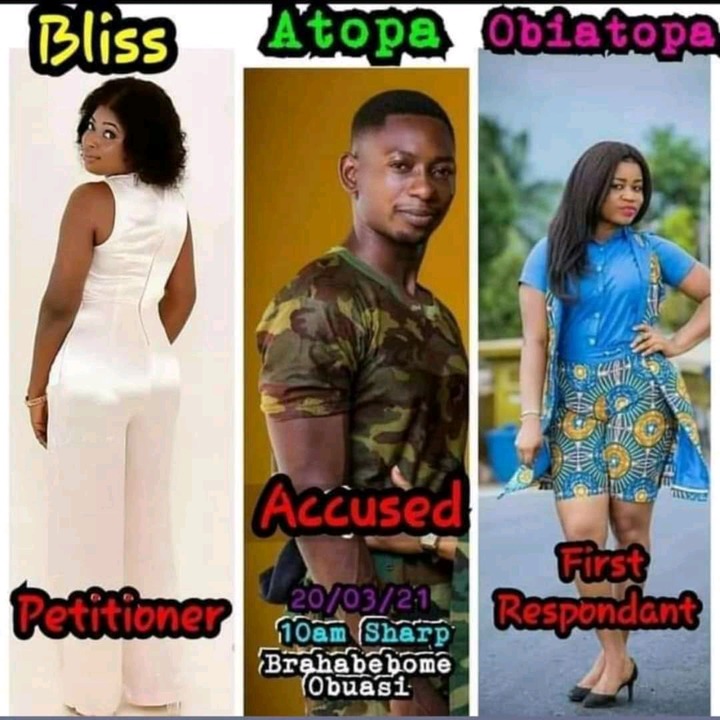 She even went on to say she used her savings to further him through military school. Not stopping there she even incurred debts on her head just because of him and now he is set to marry another woman. The issue really raised a lot of reactions online as many people were set to see the wedding today. And how it will turn out because the friends of the ex girlfriend had sent warnings that they will disrupt the wedding. But from the look of things everything went well.

The next thing we noticed was the presence of Military personnel at the entrance of the church. We think it's because there was a threat of obstruction. Checkout the photo below; 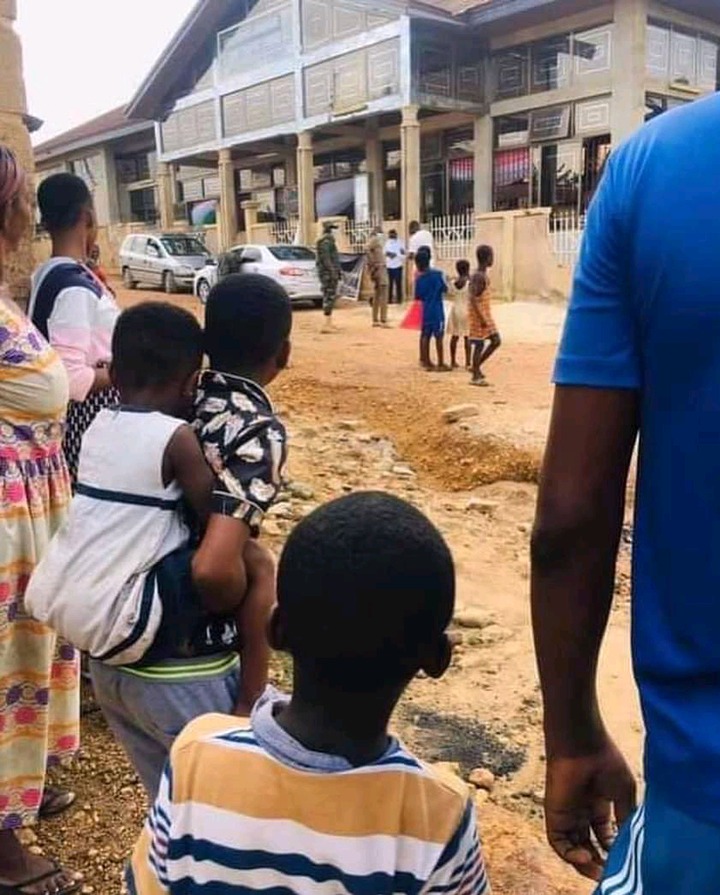 The major thing we've noticed is that with the photos we are seeing online, it seems like the couple doesn't look too happy. Wedding day is supposed to be the happiest day in anybody's life but we don't know why it seems they weren't smiling much. Even Kofi Ofosu Nkansah Chief Executive Officer (CEO) of the Accra Digital Center, noticed it and made a post about it.

Check it out below; 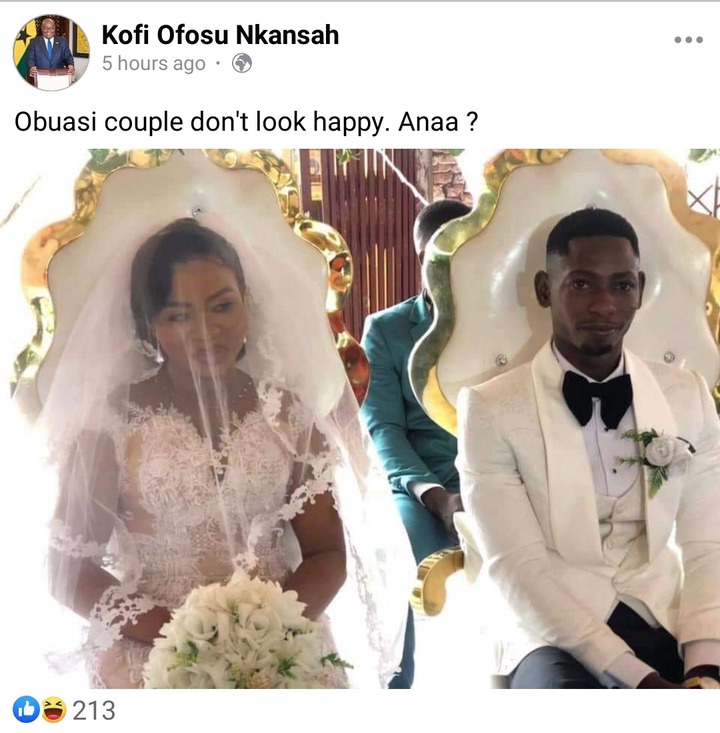 See how Ghanaians reacted to the post he made as well. 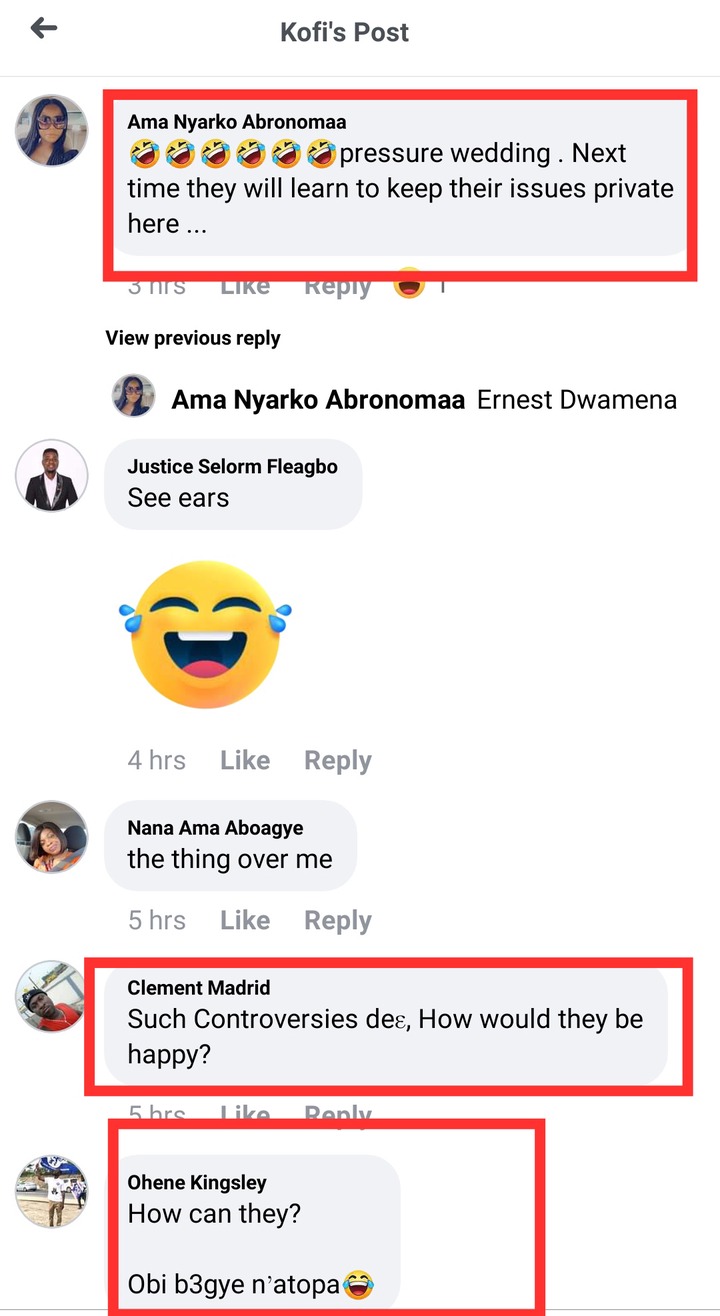 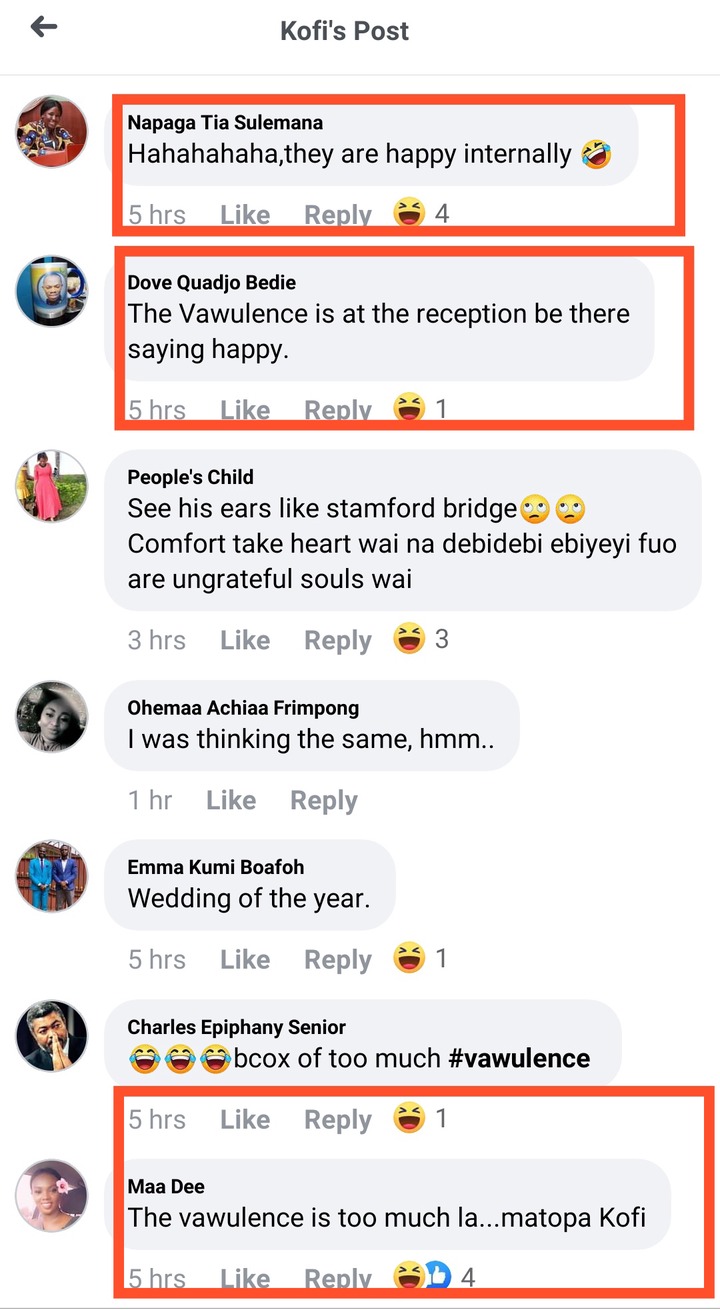 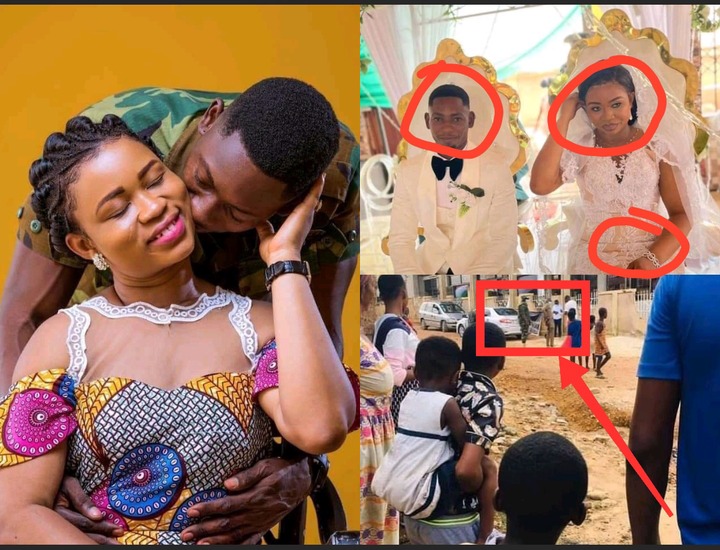 Content created and supplied by: BallpointMedia (via Opera News )

Never Try Removing This From Your Nose, See Why