Nobody dates their partner expecting that all their memories will end in tears but along the line, some relationships end up being a failure. The lovebirds now forget the history they had together as well as they future they planned. Love can hurt sometimes and just put one thing in mind, as far as you are in a relationship, you are liable to getting your heart broken one day. A rich man can just displace your girl from you by just showing her money, a certain lady can also displace your boy from you with her body language.

Ghana has seen many people trend as a result of the pain they exhibited when love created wounds in their hearts. The love of their lives were moving on with their lives, their “happily ever after” had been equated to tears. Most of these people I’m going to talk about became famous as a result of the heartbreak they got.

Take a look at them

This heartbreak incident was a very disheartening one. A Senior High School student left her boyfriend who was known as Timothy for another guy. She dumped her loving boyfriend to date a guy who had money only to realize that guy just wanted to use and dump her. After being dumped, she realized she had made a big mistake by leaving Timothy. Timothy just wouldn’t accept her back. This triggered the whole crying issue and as usual, her friends who were comforting her were the same friends who were taking the video. This video went viral immediately when it popped up on the internet. This heartbreak got people wondering if doctors could also be heartbroken. Why not? They are also humans, they bleed like we all do. A trending video hit the social media which saw a very nice guy who was said to be a doctor shedding tears over his girlfriend who left her.

One strange thing about this video is that, it was taken in a hospital and patients were in a queue waiting to be served. This is how power a broken heart seems like. The detrimental effects it places on the victim makes them forget where they are. 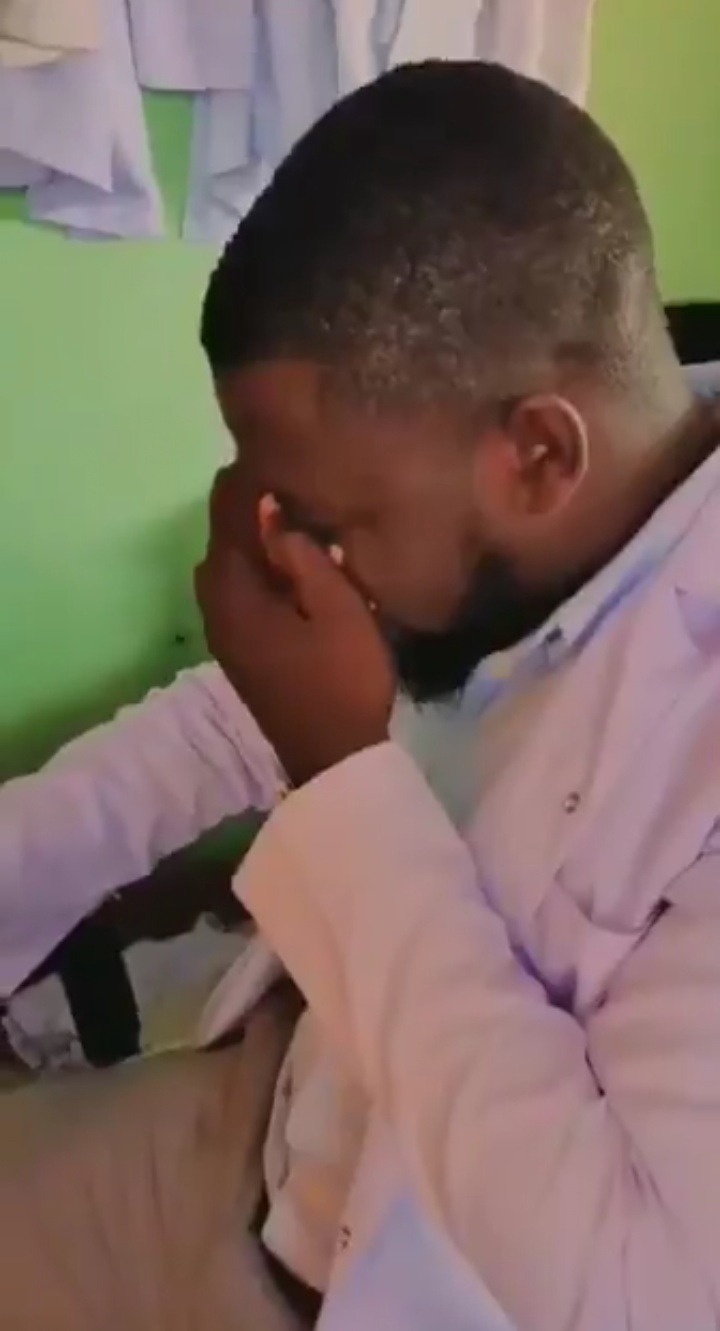 The story of the victim in this heartbreak is very sad. In this heartbreak, you could realize the victim had hired a room where he stayed with his girlfriend who was identified as Araba. Though not rich, he was hustling and trying his best to make sure he provided Araba with anything she asked him.

He was striving to make life a better place for here only to realize whenever he stepped foot out of his house to go find a work to do, Araba would call his friend over and play games with him. This is just not right and it really hurts This heartbreak generated a whole lot of conversations on the social media as a certain statement was made by the victim during that painful moment. Per rumors which circulated during the whole case, the girlfriend of Sammy was said to have found out he cheated on her during a certain event in the Kwame Nkrumah University Of Science And Technology (KNUST). This didn’t go well with her and hence, she decided to break up with him

Sammy, after being dumped by his girlfriend tried pleading but she just wouldn’t listen to him. In his quest to cool her down, he told her to forget all that has happened since “the past is not the present”. This statement triggered social media users and were wondering how a heartbreak could make a guy turn into William Shakespeare. 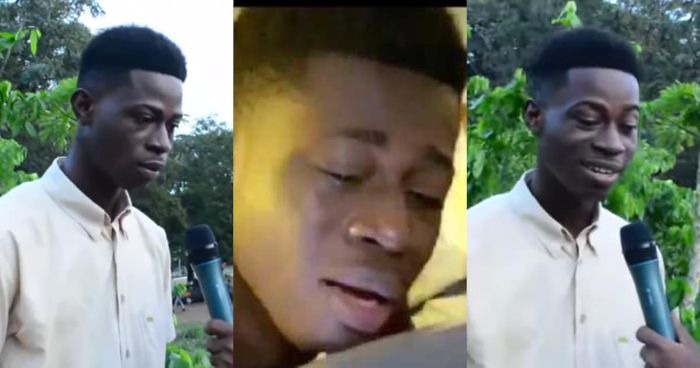 This heartbreak would hurt. The guy over here got his heart broken over the phone. In the conversation which went over the phone, you could realize the name of the girl he was talking to was “Maafia” which is a combination of “Maame” and “Afia”. This guy was thinking he was dating her not knowing she had left him for a long time so apparently, he has dating himself. This is tragic.

In the conversation, he asked the girl why she wasn’t picking his calls and the reply he got was a first sign that the end wouldn’t be a happy one. She replied him by saying, picking his calls was optional. She later disclosed she had a boyfriend who was certainly not the guy she was talking to. This saw him in tears and you wouldn’t believe he knelt down over the phone. Heartbreak makes you do things you never imagined you would ever do. This is where we end it all. Have any of you experienced any heartbreaks or unpleasant situations in your relationships which you want to share? Feel free, the comment section is always open for you.