A woman identified as Akosua Margaret has got two men fighting over paternity. She really played one of them by making him think he is the father of the baby. I do not know why some women feel comfortable lying to men, knowing well that the truth will be unveiled one day. Some women have no respect for their partners, as well as the vows they make when marrying. 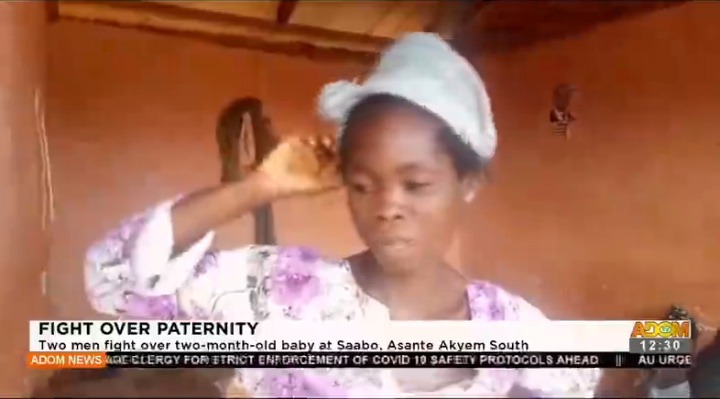 Adom News took coverage of this incident and it seems Kofi Owusu, the victim over here, is in pain. He devoted all his life to taking good care of the pregnant lady till she finally delivered but, guess what? He is not the real father of the kid, he has been scammed into thinking he is a father.

The woman when asked why she would do that, disclosed to Adom News that, she was dating Osmanu (the real father) and Kofi Owusu at the same time without they knowing. Kofi had fallen in love and decided to see her family, so they allow him to marry her. 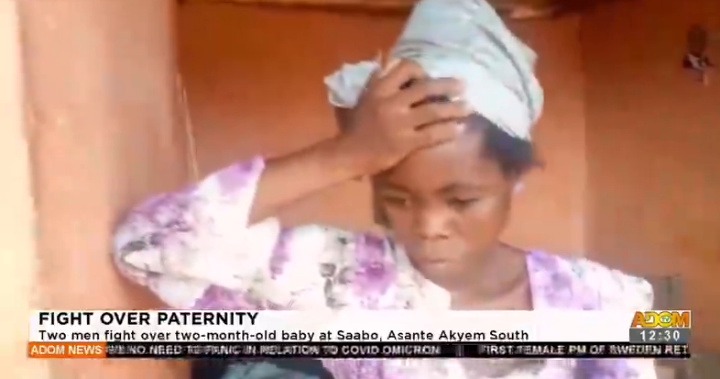 Unfortunately for him, his wife to be was already pregnant for Osmanu but, she never disclosed that mystery and went ahead to marry him. The pregnancy became evident after some time, Kofi was thinking his strokes during honeymoon hit harder, and had yielded forth a child but sigh, he was lost.

2 weeks after birth, Kofi Owusu wanted to name the child but Osmanu appeared from nowhere and claimed paternity over the kid. This has turned into a tug of war since both men are not ready to let go off the baby. I do not blame them, I blame the "snake of a woman" who scammed them into thinking she was a loyal woman. 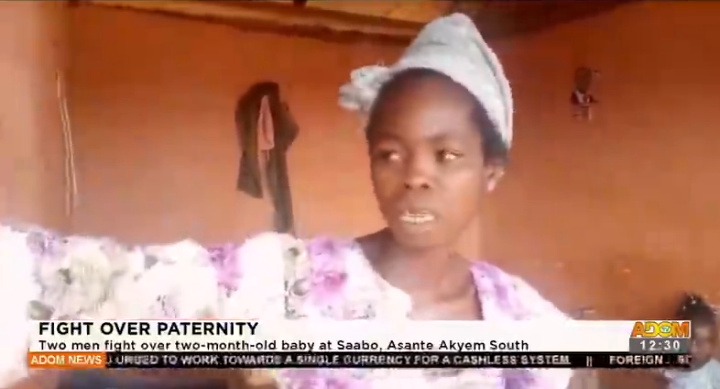