I don't have anywhere to go but, I'm happy I am free, Man who was kicked out of his house in UK says

By Ericajenny (self meida writer) | 20 days

He was crying he said he's free from abusive marriage the wife has been tormenting him, beating him, threaten to put him in prison. According to him he has nowhere to go but he's extremely happy he's free, watch the video below. 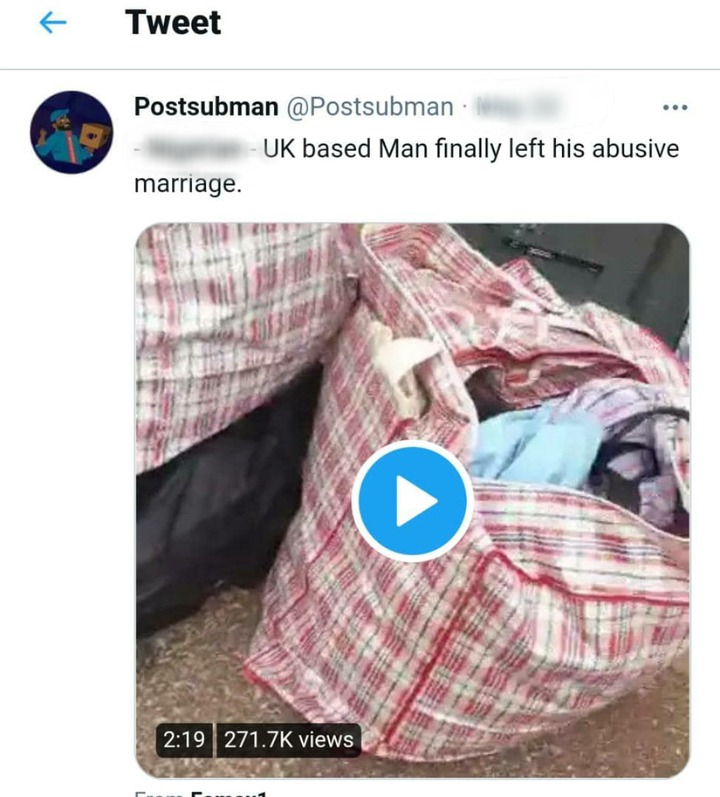 If you’re a man in an abusive relationship, it’s important to know that you’re not alone. Abuse of men happens far more often than you might expect.

It happens to men from all cultures and all walks of life, regardless of age or occupation. Figures suggest that as many as one in three victims of domestic violence are male. However, men are often reluctant to report abuse because they feel embarrassed, fear they won’t be believed, or are scared that their partner will take revenge.

In what he said, he made it known that living with his wife was hell experience for him because, she will never allow her to bring any of his friends to their house, aside this, he is always the one cleaning their house and that, he was the one helping her to pay her mortgage every month but, whenever they have issue, she do threaten him a lot. 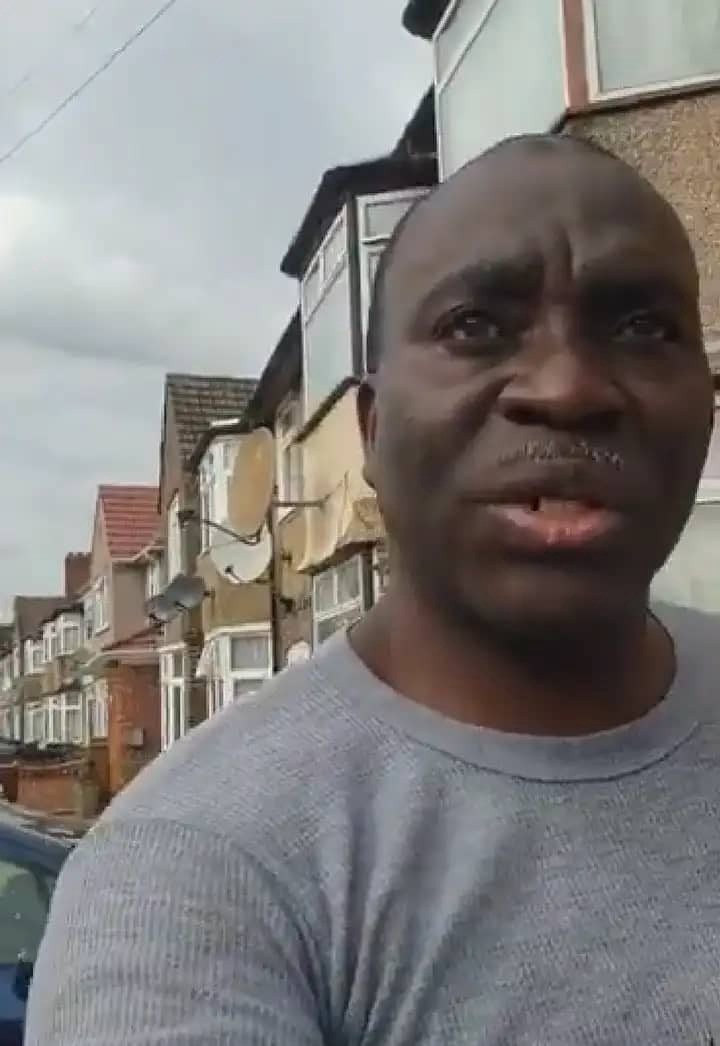 An abusive partner may hit, kick, bite, punch, spit, throw things, or destroy your possessions. To make up for any difference in strength, they may attack you while you’re asleep or otherwise catch you by surprise. They may also use a weapon, such as a gun or knife, or strike you with an object, abuse or threaten your children, or harm your pets.

Of course, domestic abuse is not limited to violence. Emotional and verbal abuse can be just as damaging. As a male, your spouse or partner may. 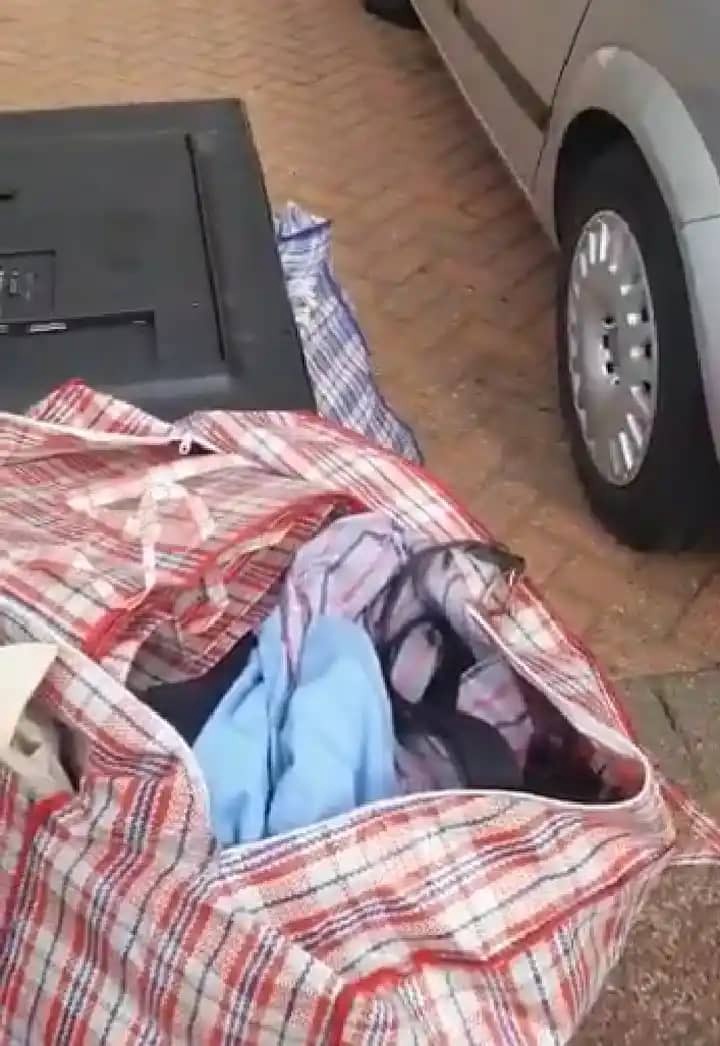 The man claimed that, he was happy that the police set him free from his wife because, he has never enjoyed his life inside the house, as he further made it known when he was waiting for cab that, his properties were still inside the house because the cab can't carry all of it but, he is not bothered, as he had given her the remaining properties.

As an abused man, you may face a shortage of resources, a lack of understanding from friends and family, and legal obstacles, especially if trying to gain custody of your children from an abusive mother. Whatever your circumstances, though, you can overcome these challenges and escape the violence and abuse. 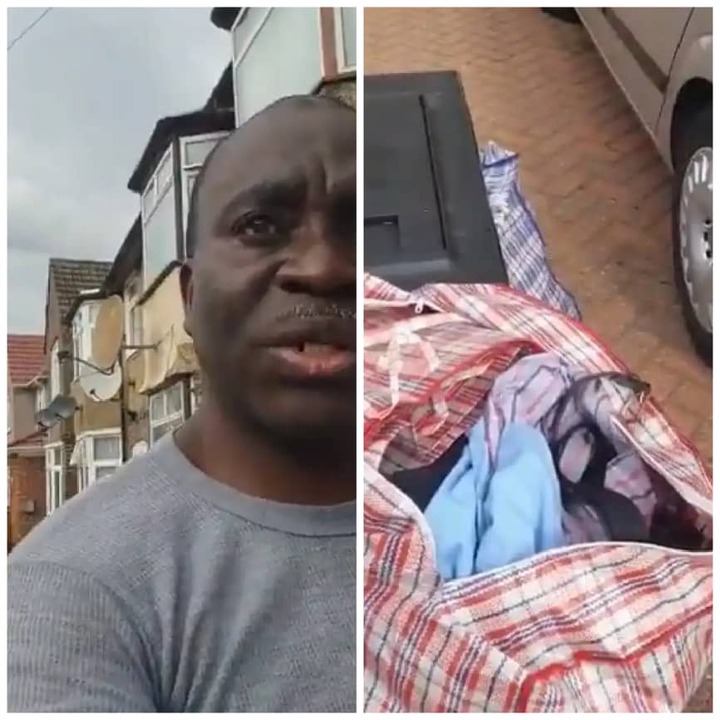 Regardless of gender, ending a relationship, even an abusive one, is rarely easy. It becomes even harder if you’ve been isolated from friends and family, threatened, manipulated, and controlled, or physically and emotionally beaten down.

You may feel that you have to stay in the relationship because:

You feel ashamed. Many men feel great shame that they’ve been abused, been unable to stand up for themselves, or somehow failed in their role as a male, husband, or father.

Your religious beliefs dictate that you stay or your self-worth is so low that you feel this abusive relationship is all you deserve.

There’s a lack of resources. Many men worry they’ll have difficulty being believed by the authorities, or that their abuse will be minimized because they’re male, or find there are few resources to specifically help abused men.

He also made it known that he doesn't have anywhere he was going as at the time he was making that video but, he was happy he was already leaving the house.