I Wanted To Propose To Her But I Checked Her Phone, What I Saw Made Me Cry – Pretty Mike Says

By SteveGh (self meida writer) | 24 days

Popular Socialite Mike Eze-Nwalie popularly known as Pretty Mike has used his personal story to the youth who wants to settle down in life with their future partners. He further explained why African marriages don’t last and how we could work on it. 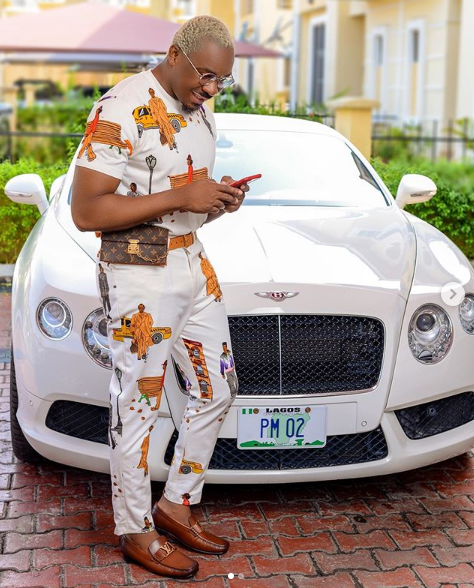 Pretty Mike is the kind of guy that would show up at your wedding with an entourage of six pregnant ladies and leave you in utter uncertainty. Pretty Mike has been making headlines for many years. This was the same man who came to a wedding that happened in 2017 with girls on a dog leash, you can imagine how crazy it is. He chained the girls and dragged them to the event which later got him arrested by the Lagos State Police Command. Pretty Mike does weird things that always make headlines.

I was scrolling through the internet when I came across a personal story of him on how his relationship collapsed. According to him, this was the lady he wanted to get married to and they were dating for over 2 years. 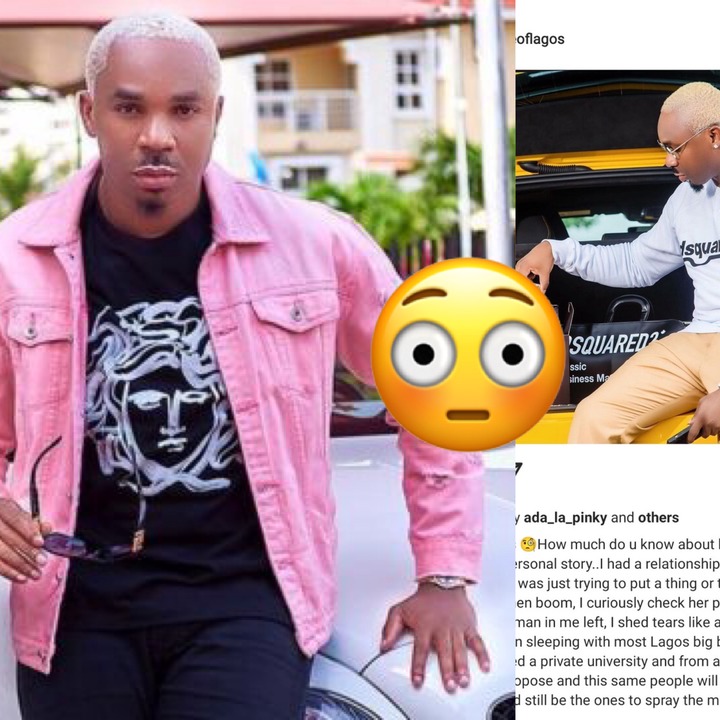 He said he just became curious one day and he decided to peruse her phone although that is not advisable in a relationship to me but what he saw after going through the phone blew his mind. According to him, the girl whom he planned to spend the rest of his life with was having affairs with most of the rich big boys in Lagos. It left him devastated and he began to cry after some time.

He stated how his girl was brought up in a decent home and even went to a private home and if anyone will tell him all this was happening he wouldn’t have believed and he would have probably married her with all this going on at his back.

Pretty Mike advises young people that if their partner is not comfortable with phone checking, they should just hope that the skeleton in his/her cupboard is not that big. “It is not going to be funny if you wake up and see your bf's wedding pictures everywhere and he just left you that morning and said he was going grocery shopping”. 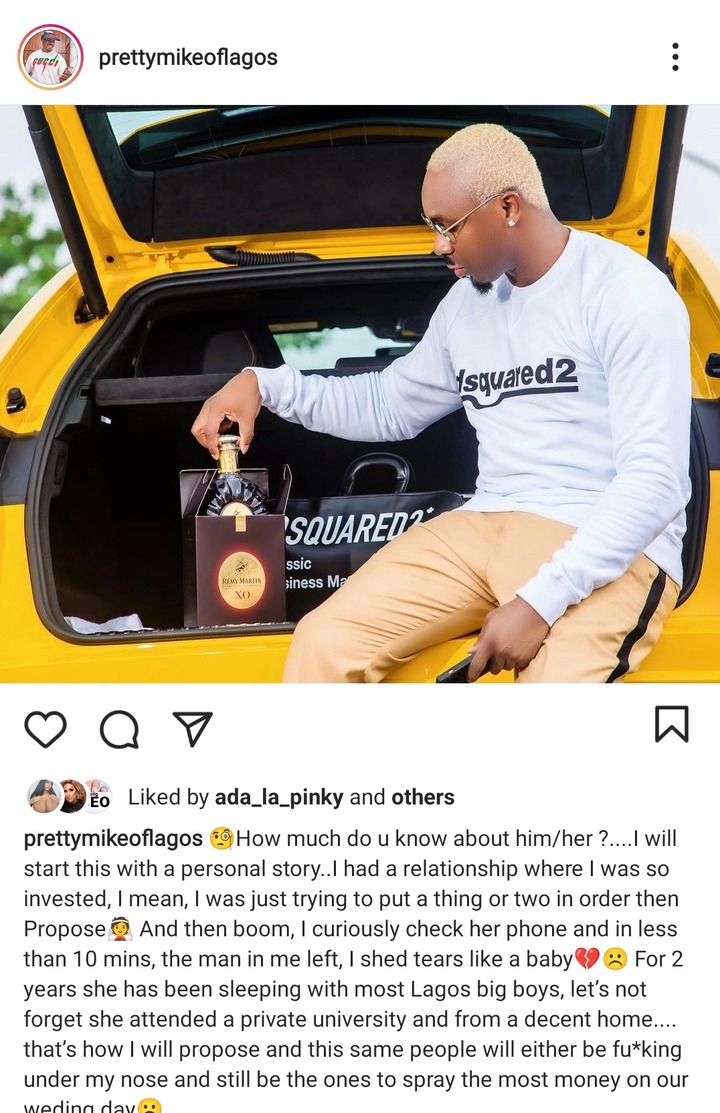 He says that the reason why most ‘black marriages’ don’t last is because during the dating phase, they are told to ignore their fears rather than face it. They would say that checking their partner’s phone might ruin their relationship, so most people do not check but continue to live with a cheat. Then, eventually marry him/her and one day, DNA will reveal that the kids are for somebody else.

Yes, checking the phone is not bad but sometimes even if the person is not cheating some messages might just get you so jealous and angry for no reason. To me I don’t see the use of checking your partner's phone because messages can be deleted. What about you, do you agree with me?

Content created and supplied by: SteveGh (via Opera News )

What Guys Must Do When A Lady Looks At Them