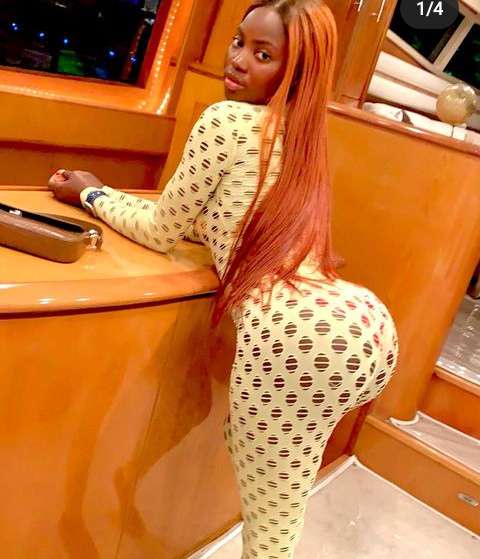 It can be a pretty difficult situation when the girl you like is in a relationship with someone else. However, you can still talk to her, get to know her, and show her that you’re an awesome person. By being respectful, sweet, and refreshing, you might even make her fall for you!

In this article, we shall look at classic ways or tips on how to talk to a girl that you like if she has a boyfriend.

See if she's happy in her current relationship. Though you can't just come out and ask her if she's happy, you can get a sense about it just by talking. Basically, if she complains to you about her boyfriend all the time then that is a strong sign that her relationship is not looking so good. See if you can get an idea of how she's feeling just by making casual comments and seeing if she responds in the negative or affirmative. Basically, you don't want to try to get with a girl who is in a great, or a particularly long, relationship; you don't want to deal with the emotional baggage even if she does decide to end things. Say, "It must be nice to live with your partner. What's that like?" Or say, "You've been together for two years? That's a pretty long time…"

See if she's even interested in you. Before you step further, see if the girl even cares about you in a romantic way. Read the signs. Does she go out of her way to talk to you? Does she light up when you walk into the room? Does she make excuses to always be at your side? Does she even flirt a little bit? If so, then yeah, there's a good chance that she may have a crush on you. Here are some other ways you can see if this is the case. Talk about other girls in front of her. Without being too obvious about it, see if she gets jealous. Give her a compliment or two. See if she gives one back later.

Don't get stuck in the Friend Zone. If you want to get with the girl, then you can't turn into her best friend, the guy she can come to with all of her problems. Though talking to her about her boyfriend and relationship in the beginning can be a good way to get a sense of what's really going on, the last thing you want to do is to be the guy who she comes to with a carton of Cherry Garcia at midnight so she can cry about her communication issues with her boyfriend. You want to be seen as another romantic prospect, plain and simple, not as her new BFF. Though you do want to be seen as a romantic prospect, that does not mean you want her to see you as a sharper, snazzier, version of her current boyfriend. She should see you as someone completely new, refreshing, and exciting, not as another guy she can take to the movies and hold hands with. If she starts complaining to you about her boyfriend issues, say, "Hey, you can save that stuff for your best friend. I just really don't want to go there, okay?"

Know which girls are just not worth talking to. If you want to talk to a girl you like who has a boyfriend in the hopes of breaking up her relationship and having it lead to something more, then you should make sure you're talking to a girl who is worth it, a girl who is really interested in you and not just with flirting with you and then coming home to her boyfriend. Here are some girls to avoid: The girl who lets you take her out to dinner and the movies only to go home to her boyfriend. Don't take her out like you're her boyfriend unless you actually are her boyfriend. She may just be using you for free food and drinks. The girl who flirts with you for months but doesn't let it go anywhere. Don't be with the perpetual flirt, who just likes to get attention from guys and nothing more.

Treat her with respect. If you want the girl to like you, then you have to be respectful of her, and of the fact that she has a boyfriend. Don't make jokes about the boyfriend, be sleazy, always try to put your arm around her, or say demeaning things about the boyfriend or her relationship. If you really want her to like you, then you have to treat her like a lady. You can compliment her but don't make it look like you are perfectly OK hitting on a girl who has a boyfriend; let her start to see that there's something special about you. Even if she is entertaining the idea of being with you, nothing will put it out of her mind faster than if you blatantly try to hook up with her.

Let her make the calls. Get her to the point where she really likes you and wants to spend more time together. Mention a movie you want to see and see if she asks to come along. Tell her about a party you're throwing and see if she'd like to be there. The ball should be in her court so she can make these decisions on her own and not feel like you're putting too much pressure on her. Play a little bit hard to get; you have a lot going on and plenty of girls who want you, and if she's interested, she should get in line. Letting her realize how awesome you are just by being your charming self is better than degrading yourself by begging her to hang out with you when you know she is taken.

Find a way to hang out. Whether you're studying together, going to the same party, or just randomly ending up at a cafe after class, make sure you spend some time with her. Don't just flirt over text or send her Facebook messages if you actually want to get somewhere. If you think it would be too weird to hang out alone, hang out with her in a group setting first. But try to get her alone when you can, so she can start thinking about you in a romantic way, and really noticing the fact that you two have a lot of chemistry.

Let her see that you're interested. You don't need to spell it out for her, but you should let her see that you view her as more than a friend. You can do this through compliments, suggestions that you really care about her, or just by making eye contact and standing close to her when you talk. Here are some things you can say: "I think your new haircut really makes your eyes stand out. It looked great before, but it's even prettier now." "You're one of the only girls I've met who loves sports and who is really fun to talk to about almost anything. That's so cool." "I really feel like I can talk to you about anything."