By SVTV (self media writer) | 4 months ago 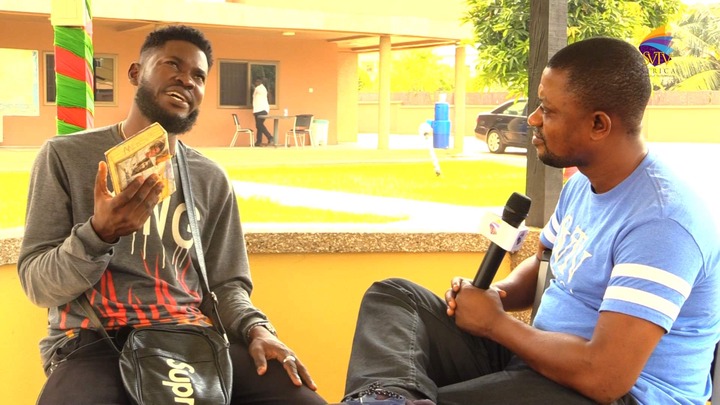 Mr William Quainoo has indicated that his wife of three years tore into pieces his passport, land, car and house documents after her friend advised her to leave him.

William revealed in an interview with SVTV Africa that the first ten years of their marriage was a blissful one until she met a friend she calls ‘sister.’ After her encounter with her friend, Elizabeth (William’s wife) changed for the worse.

“It began after she persuaded me to allow her work from her friend’s (Feli) house. Soon after, we started having quarrels and she'll always say she will go and stay at Feli’s house. Then she began partying with her from one pub to another. I always get calls about her with men but she tells me it's Feli’s boyfriend,” he narrated.

Before his interview, William did the unusual by swearing with a Bible. He swore to tell the truth without any addition or deduction.

William added that Elizabeth refused to attend his mother’s funeral and disrespected his family. Upon his arrival from the funeral, Elizabeth had packed all her belongings including two bags of clothes meant to be sold.

“She sent everything to her hometown but she was still at her friend’s house. Later she lied to her family that I do not cater to her and our child. She went to my house with her brother and aunt and tore all my papers into pieces,” he recounted.

William also mentioned that she reported him to DOVVSU for lack of responsibility. According to him, Elizabeth leaves their one-year-old baby behind to go have fun with her friend. In all, William wants his wife back if she will agree because “my wife and child are my only family left.”

Seven Secrets Of Guys They Rarely Share With Their Girlfriends

Questions you shouldn’t ask someone you love

5 signs your partner probably want to break up with you.