How I Lost my girl friend to Marvin my best friend

By Owusuansahbernard (self meida writer) | 1 months

met Deborah at Eric's house on his birthday, after the program I took her phone number.

Due to my busy schedules, I called her after two weeks, we started familiarize ourselves for sometime and I decided to let the cat out of the bag, Deborah at the beginning wanted everything to be in the friendship zone instead of romantic zone.

One evening after work was the magic night Deborah called and that was woow the magical moment.

We started going out and everything was on point as it is expected in every new relationship. After sometime, Deborah had issues with her sister and she moved to my place since I stayed alone in a two bedroom apartment, we stayed together for sometime and I decided to see her family for our marriage arrangement.

One day on my way to work, I saw a gentleman standing by the road side who looks like Marvin, I packed my car and guess what Marvin my best friend back in campus

Woow Marvin why here? He was hmmmm, from looks of things everything was not okay with Him, I gave him my number to call me since I was late from work.

Marvin called in the evening, and my guess was right, he just returned from Kuwait and things are soo bad that he is working with his uncle as a garden boy. Fortunately for him my company was doing recruitment that very week and my immediate boss was in charge, I contact him and Marvin got recruited as an electrical Engineer, looking at where he stays very far from work, I decided to accommodate him in my house.

After six months Marvin apply for one month leave and it was granted, two weeks later, Deborah my girl friend told me she was not feeling well so she can't go to work I took her to the hospital and was told to rest for sometime, four days later during my lunch break I decided to check up on her🙉🙉🙉🙉🙉 when I got to the house my door was open but Deborah was know where to be found, I heard a noise from the Other room, yeah Marvin's room ohhhh Marvin how, they got up and started crying but the damage has been done already. 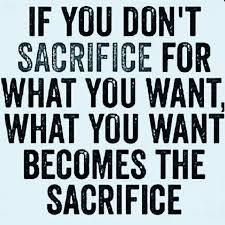 Marvin and Deborah are married with two kids.

Content created and supplied by: Owusuansahbernard (via Opera News )