Food For Thought: What would make these guys think slaying is the best thing to do as male borns?

By the_Kelvin_guy (self media writer) | 14 days ago

Some boys have decided to forgo the idea of choosing female partners just because they don't fall within their preference. The same can also be said for some girls, they would rather date their fellow humans than get attached to a man.

I do not know who first initiated the idea of men being women and vice versa but I can really sure that person did no good taking into consideration how this generation has been blinded by such stuff. This article is going to place much emphasis on some boys who have captured the attention of people after their photoshoot got posted. 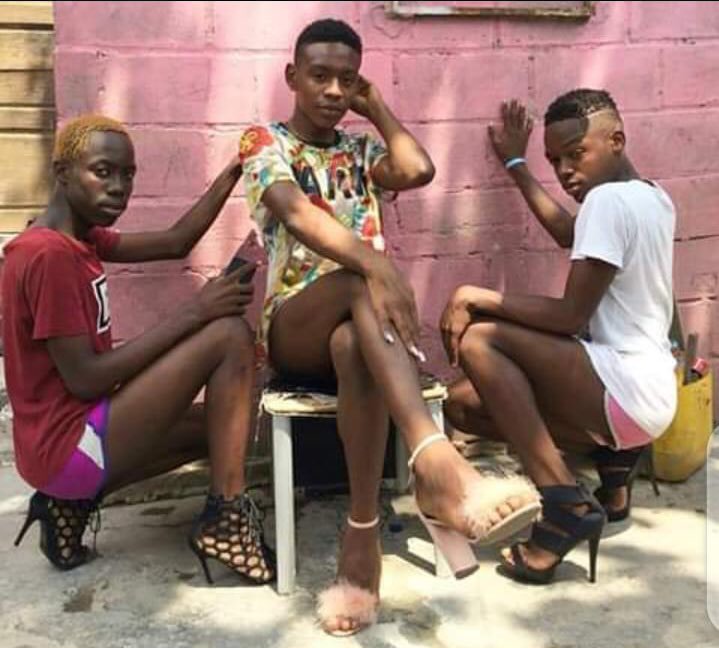 These three guys have got people wondering what is really happening in their brains after a single picture of them broke out unto the internet. These guys are nice guys and you would expect them to find girlfriends who would satisfy them and make their love lives blooming but, they decided to do the unusual. There is no way girls wouldn't like to see them as their guys but these boys have a different agenda.

They would rather be girls and move outside to get boyfriends instead of doing the right thing. They had put on female outfits and had worn heels like females do. Imagine seeing the boy you have loved all your life changing his gender to that of a lady, this is what we call pain!!!

Some people are putting the blame on bad parenting, others are targeting peer pressure and for some, they think this is all because of poverty. They claim taking up the gender role as a male put so many responsibilities on you which is very true. In this generation, the society only respects males based on what they have to offer.

I guess these guys are not ready for that drama and for that reason, they decided to escape it by switching to being females.