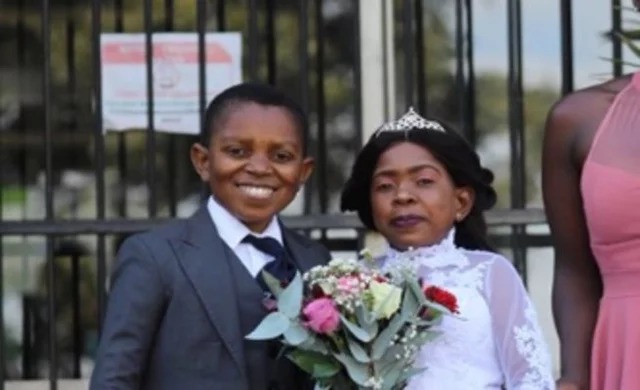 On Friday, a 39 year old man married the love of his life at the Harare Magistrates Court.

Many other couples got married on the same day, but all attention was focused on Philip Marufu and his wife Esnat Guenzi, 38.

Their height, with Philip growing to 1.36m and Esnat to 1.26m, sets them apart and reminds them of many Nigerian Nollywood stars, known as Tom and Jerry.

Marufus said life as a small person was not easy because Zimbabwe's society was discriminatory, but they had developed thick skin.

The two met through a WhatsApp group called "Little People" run by Laura.

"We met the band when Laura was interviewed on Star FM. Then we got the number and we joined. The group is very small because there are very few small people in Zimbabwe. I met Philip there in 2017 and we have become friends," Esnat said. .

Six months later, they start dating and their love life flourishes, leading to their marriage on April 16, 2021.

"I paid a lobo for Esnat in May 2019. We lived together before our wedding on Friday. We didn't honeymoon after our wedding, we came home but we are happy to be legally married," Philip said.

Philip is an established designer and tailor who rose to prominence when creating costumes for Philip Chiang Mai. He also designs and customizes his wedding suits.

"I made about five costumes for Dr. Chiyangwa in 2016. I also made Ghurka shirts and pants for Freeman and he used them in his video with Gemma last year.

"I get the most costume orders and can make about three costumes a week," he said.

"I work at Bindi Trust Arts, which is run by a woman named Belinda Close in Eastlea." I was his manager for seven years before leaving after I married, "Esnat said.

After their usual marriage in 2019, the couple traveled to South Africa, where they spent a year before returning to Zimbabwe for their wedding.

"We returned to Harare with plans for life and business. Esnat bought machines from SA to run his craft business. I hope to raise enough money to use the machines for the design and production of leather shoes for both events." everyday things, ”said Philip, who comes from a family of six.

"We are three boys and three girls in my family and I am the only short one. However, I consider this hereditary because my great-grandfather was a short man."

"There are eight children in my family and I am the seventh and only low. We are four boys and four girls and I am the youngest of the girls." I was the first little person my family knew, "Esnat said.

But do they mind giving birth to a little person like him?

"Yes, we don't mind!" They said with one voice.

"In fact. I've been praying for this all my life and I want to give birth to a giant, ”Esnat added. 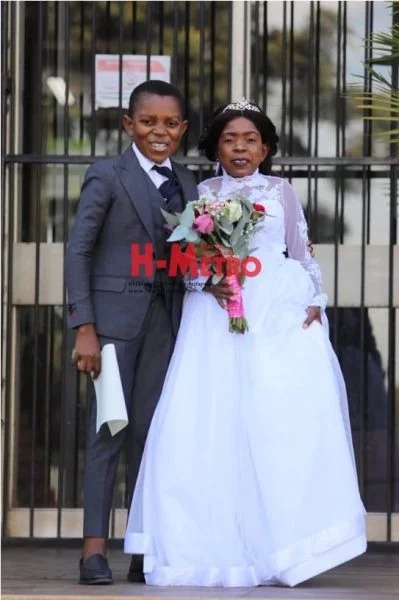 The level of discrimination, especially here in Zimbabwe, is absurd. When walking in public places people laugh and make funny comments. Did you hear them say, "Kamukaji is here?" Kagogo here? Kamvana Kadiki here? "Mature woman, grandmother or child?)

"In SA people are not like that. If they don't know you they call you an aunt and are very respectful. People in Zimbabwe need to be trained for little people.

"We used to have a house through an agency. We wanted to rent two rooms after we got married and the landlord said yes, we have two rooms come and take care of us. But when he saw us, he changed his mind and said," Hapana Imba ".

"As we were leaving, we heard him talking to the agent and saying, 'If you keep bringing in people like that, I can't work with you,'" Esnat said. 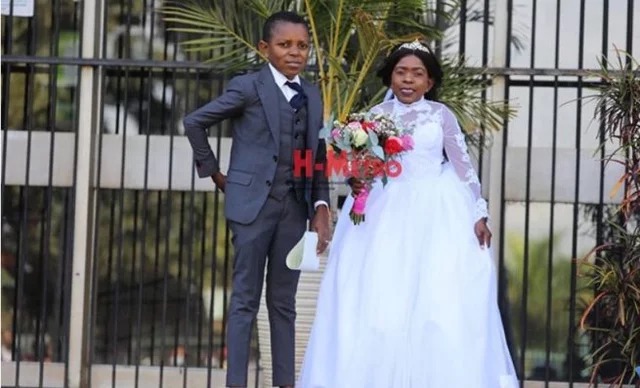 How exactly does such stigma affect you?

"We don't care," they said in one voice.

"We went public despite their negative comments. We heard Tom and Jerry calling us and we didn't care. The difficulty of finding accommodation only pushed us to work harder and find our own place. I am currently lucky enough to live on the highway and there is no owner, "added Philip.

"However, our loved ones are negatively affected by this stigma, and we hope our stories and the media will help prevent stigma and discrimination against young people." Most of our little friends in Zimbabwe never take photos or leave their homes, and they are doing really badly, "he added. 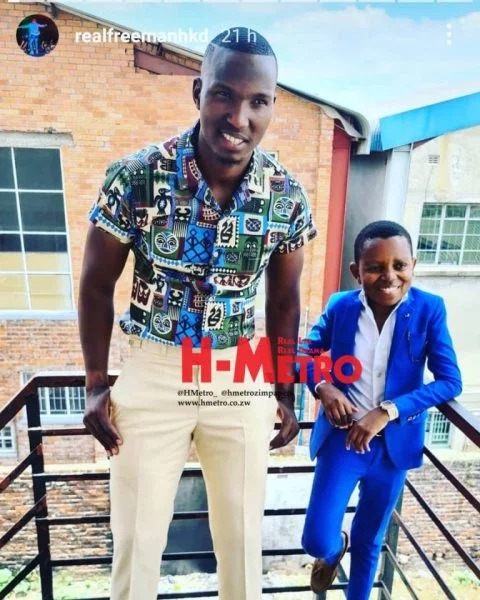 The couple said most of their tall friends and witnesses to their marriage were Klein Magirazi and Precious Garimoto, Esnat's best friends.

Esnat hopes to give birth to triplets.

"I want a child or two," Philip said.